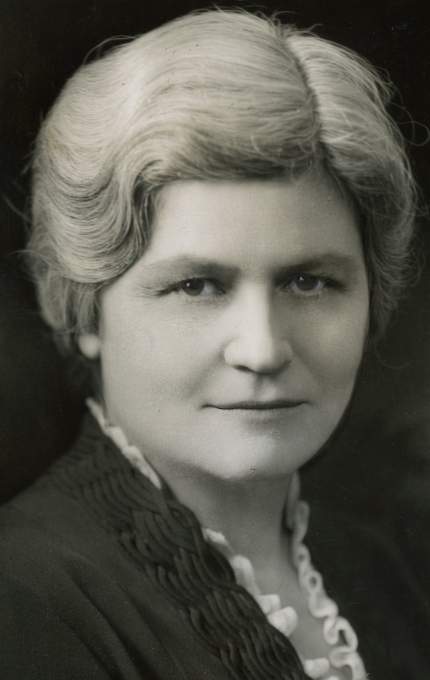 Josephine Roche was a labor advocate, a defender of immigrant rights, a voice for children's rights, a promoter of health care, and a businesswoman. 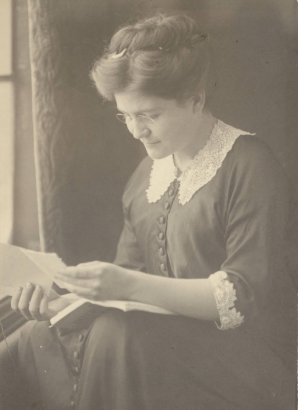 Josephine Aspinwall Roche was born on December 2, 1886, in Neligh, Nebraska. Her parents were Ella A. Roche and John J. Roche, a banker and state politician. Josephine’s parents sent her to Brownell Hall, an Episcopal girls’ school in Omaha. After graduating in 1904, she was accepted into Vassar College in New York. Vassar was one of the first colleges in the country to admit women and it prided itself on graduating strong, independent thinkers. Josephine was both of those things.

Josephine was an active student who enjoyed track, basketball, debate, and philosophy. She also volunteered with a local juvenile court and the Vassar College Settlement Association, which did social work. While Josephine was at school, her parents moved to Denver and built a home at 1429 Pennsylvania Street. Her father had become vice president of Rocky Mountain Fuel. After graduating from Vassar with a liberal arts degree, Josephine went on to Columbia University to study sociology and economics. 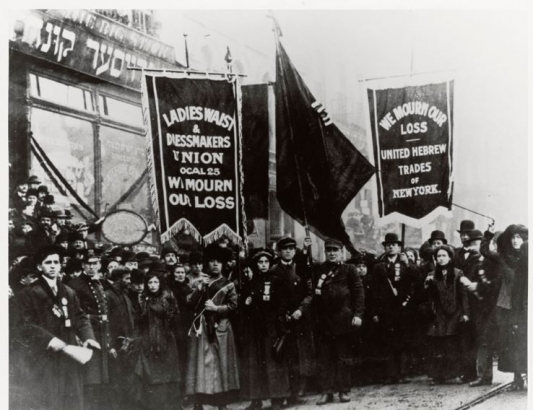 At Columbia, Josephine became friends with Frances Perkins. In 1910, they began working with other social workers at a settlement house in Greenwich Village, New York. This was a poor immigrant community that suffered terrible working conditions. In many cases, even children were forced to work. In 1911, the Triangle Shirtwaist Factory Fire occurred in New York City. Workers were locked inside the building and didn't even have a bathroom. When the fire broke out, 146 workers died. They were mostly Jewish and Italian immigrant women in their teens and twenties. The fire only strengthened Josephine’s resolve to change the treatment of immigrants and workers.

By 1912, Josephine had moved back to Denver and was promoting presidential candidate Theodore Roosevelt and his Progressive Party. That year, she was made the first female police officer in Denver. She was forced out of the job within a year, but was then appointed a deputy sheriff. In 1913, Josephine became Assistant Secretary of the Treasury of the Colorado Progressive Service and worked to elect progressive candidates like Edward Costigan.

During that time, a series of violent clashes took place between coal miners and coal companies. These included the fatal Ludlow Massacre in Southern Colorado. Josephine spoke out loudly about the workers' need for the right to join a union, earn a fair wage, and work in safe conditions. According to Colorado historian Caroline Bancroft, Josephine would

“Vow that if she could alter the oppression and injustice of coal-mining conditions in Colorado, it would be her life work.”

In 1915, Josephine joined the Commission for Relief in Belgium and flew to England. This organization was established to help civilians in Europe suffering during World War I. When Josephine returned to Colorado in 1918, she went to work as director of the girls’ department of the juvenile court under Judge Benjamin Barr Lindsey. She worked with Judge Lindsey to reform the system so that children could be helped rather than simply punished. 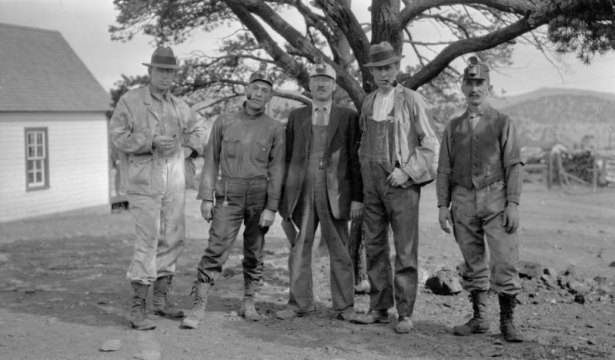 In January 1927, Josephine’s father died and she received his shares in the Rocky Mountain Fuel Company. Her father had often used his power to suppress the unions and side with owners like the Rockefellers in keeping wages low and working conditions poor. Josephine Roche was a very different person from her father.

Labor strikes began at the company’s Columbine Mine that year. Rather than fighting the workers, Josephine ordered that the strikers be given coffee and doughnuts. As days went on, Colorado Governor Billy Adams ordered in a state militia known previously as the Colorado Rangers. On November 21, 1927, the militia ended up firing into a crowd of striking miners and their families. This became known as the Columbine Mine Massacre.

By the next year, Josephine had become president of the coal company and continued pushing for reforms. She also made an important labor leader, John Lawson, vice president of the company to help ensure better working conditions. She even told local newspapers that the miners’ rights should never be violated by any company and that all should be treated with respect. Josephine also announced to other company executives that she was going to use company funds to pay their workers higher wages than any other miners in the state, provide them with decent housing, and meet with them regarding their concerns.

During a meeting with government officials and other business owners and miners, a man passed Josephine a note saying the meeting needed more beauty. She responded, “What this meeting needs is not beauty, but guts.” Josephine certainly had plenty of guts. In the following few years, she worked to get Edward Costigan elected to the U.S. Senate and took on Rockefeller’s coal companies, which were still fighting to cut wages for their workers. 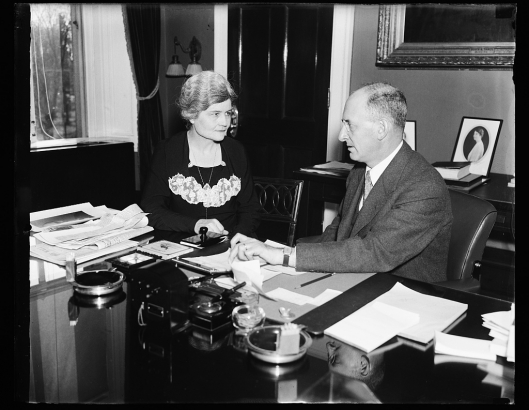 Like most things in her life, Josephine’s goal was not to become a recognizable figure, but to get things done.

“I never was in politics. There were certain principles some of us thought were worth fighting for and we used the political mechanism to do it. If you believe in something, you may have to take a beating for many years before you accomplish your goal.”

In 1934, Josephine Roche ran for governor of Colorado. She gained a great deal of support from union labor and ran on a platform to help Franklin Roosevelt’s New Deal program. Many people were out of work and suffering after the Great Depression hit America. Josephine wanted to help save lives and communities. She went to Washington, D.C., where her old friend, Frances Perkins, had become the first woman appointed to a presidential cabinet, as President Franklin D. Roosevelt's Secretary of Labor. Josephine also met with union leaders to find out how to best help workers during a time of much suffering.

Josephine did not win the election, but, soon after her loss, she became the second woman ever to be appointed to a president’s cabinet. Franklin Roosevelt appointed Josephine to run the National Public Health Service. Under the Secretary of the Treasury, her group worked to fight epidemics like the 1918 flu, conduct medical research, combat diseases in specific regions (malaria was still a problem in the American South), and help people with drug addiction. In 1938, Josephine led a conference at the request of President Roosevelt to make doctors and hospitals more available to those in need. There were even attempts made by the administration to make sure all Americans could get health care, but those efforts failed. 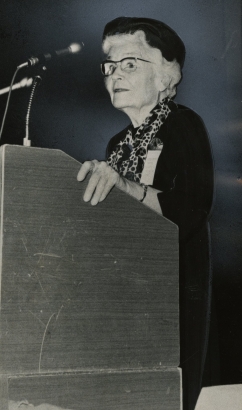 Josephine returned to Colorado in 1937 and resumed work with Rocky Mountain Fuel Company. She traveled regularly to Washington, D.C., to lead the National Health Conference and the Interdepartmental Committee to Coordinate Health and Welfare Activities. These groups sought money and programs to deliver health care to all Americans. Josephine’s coal company closed in 1944 and she went on to help run the United Mine Workers' welfare and retirement fund. The fund was meant to help working and retired miners. Josephine worked with John Lewis to maintain this fund, but after his death in 1968, a fight occurred over how the money had been managed. In 1971, she was forced to resign at the age of 85. Josephine Roche had managed to do more work for more people than most of us could imagine. She died five years later in July 1976.

union - a group of workers who organize to get better wages, working conditions, and other workers' rights

What experiences do you think most impacted what kind of person Josephine became? Are there any experiences that stand out in your own life?

Why do you think that Josephine had such a different view of the company and workers than her father? Why do you think it was important to her to put her workers ahead of profits?

Why do you think Josephine chose to keep working into her 80s?

A wide-awake woman : Josephine Roche in the age of reform

Josephine Roche at Library of Congress