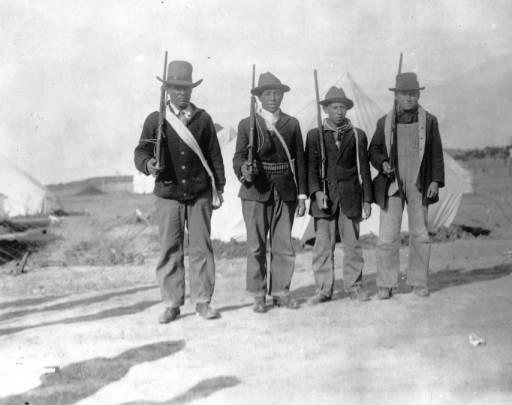 We have a guest blog by Edrea Mendoza, a University of Denver student studying for her degree in History. She was an intern in the department over the summer and researched the Ludlow Massacre, and here is what she wrote:

“In 1913, coal miners in southern Colorado initiated a strike under the auspices of the United Mine Workers of America (UMWA). The strike was brutally suppressed and the violence reached a crescendo during the little-known Ludlow Massacre of 20 April 1914. This struggle united workers of at least thirty-two ethnic, national, racial, and linguistic groups under the union’s banner , and has become an exemplar of multi-ethnic working-class solidarity.” –Paul E. Reckner, Social Difference, Community-Building, and Material Social Practice: Solidarity and Diversity at the Ludlow Tent Colony, 1913-1914, p. iv

“My grandmother was firmly convinced that the problems in Ludlow would be ended as soon as the government came to the miners’ rescue. When the state militia opened fire on the colony, she never fully recovered from the shock.” –Jan Torres, Ludlow Massacre, p. 2

The archives at the Western History/Genealogy department at the Denver Public Library have extensive collections that bring together the diversity that has always existed to make Denver and Colorado such an amazing place to explore and live. Doing some research, I found a major event in Colorado history that did the same. The Ludlow Massacre of 1914 is a little-known event in Colorado’s history that is a perfect example of a community coming together despite differences to fight for what they believed in and what they deserved.

The citizens of the Ludlow tent colony were a community of mine workers and their families that represented about thirty-two different racial, ethnic, linguistic, and cultural groups that included workers of Greek, Mexican, and Italian descent. Despite what were probably some major barriers in communication, these families came together to demand better working conditions and benefits from their management. Their list of seven demands included four stipulations that were already Colorado state laws. To make their needs known, they organized a strike that began on September 24, 1913 and brought together various other workers from neighboring colonies. This amassing of so many different types of people made the strike truly unique and mine owners feared what this unprecedented solidarity would mean for them. This fear caused many of them to put in requests for the presence of the National Guard.

Tensions finally came to head on April 20, 1914. State militia opened fire on the Ludlow community and set fire to the tents they called home. Many workers fought back while others, including the women and children hid in cellars and other shelters designated in the event of armed confrontation. To this day, the Ludlow Massacre is considered the bloodiest confrontation in the history of American labor. Nineteen people died on that fateful day, eleven of which were children. While violent labor strikes were not unheard of before the events at Ludlow, the inclusion of women and children on the list of the deceased truly made it an event to remember. The names of the deceased show the diversity of the community and range in ages from James Fyler who was 43 years old to Elvira Valdez who was 3 months old.

In 1918, a monument was erected at the Ludlow site in memory of the workers and their families who had lost their lives. Sixty-eight years later, in 1986, the site was given formal recognition by being entered in the National Register of Historic Places. The Ludlow Massacre became a turning point in the still-active labor movement and to this day not only serves as a reminder of the roots of labor equality, but as a reminder of the power of diversity and community.

More information can be found in the Western History department of the Denver Public Library including first- and second- hand accounts from survivors, their families, and biographers, as well an extensive collection of news articles from 1914 to the present. 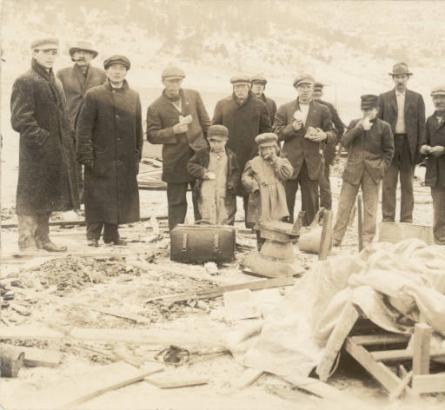 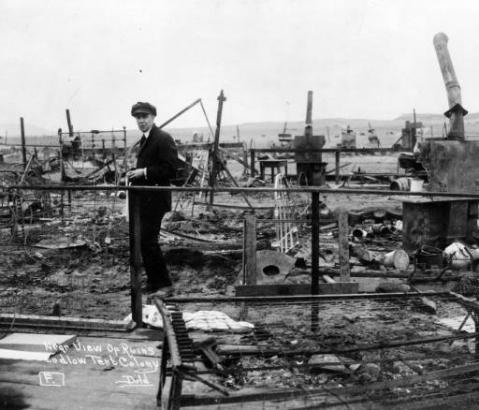 Thank you Edrea Mendoza. I enjoyed your thoughts surrounding the Ludlow Massacre.

Our dear Gradmother was born in Starksville (1908) and lived the first 6 years in the Trinidad area.Miner family.
Good chance my great grandmother took her and the famiy out due to the Ludlow mass murders.
How can this be checked?

Hi Pace, thanks for your comment. The best place to start would be census records and city directories, both of which are available through Ancestry and some other online sources. DPL provides free access to these sources in any branch location. If you aren't local, please check with your library system to see if they also subscribe.

Thank you for your comment Cindy. It was a sad time for our country. We're glad you were able to read this and share your family's part in this.

I’m Cindy Emericks cousin and James Fyler was my great great grandfather. I read this information on the Ludlow massacre and I cannot believe such a tragedy took place and that the Rockefeller’s were never held to account. A monument is a nice memorial but actual human beings lived with this in there memories and it affected every aspect of their lives. My family was torn apart after the massacre and my great grandmother Addis use to cry every time she talked or someone brought it up. James Fyler my relative was not only murdered that day but he was shot in the back. How cowardly. I’m very bitter with these thoughts in my head.

Hi Nicile,
First off, I appreciate the grief that this event and tragedy has caused your family. I think it is important that we always remember what happened in Ludlow. Perhaps the best thing is for you to pass onto your family what actually happened, so that it is never forgotten and the reasons why it occurred. I appreciate that you read the article and found it informative.
All the best,
James