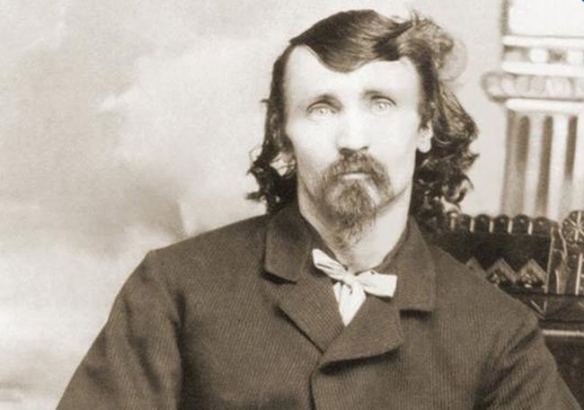 Few names in Colorado History stir up as much controversy as Alferd Packer. Even the very spelling of his name (Alfred or Alferd) is up for debate. The one fact about his life that is not debatable, however, is that during the brutal winter of 1874, Packer guided five other men attempting to travel through the San Juan Mountains to the nearby Los Pinos Indian Agency. While trekking through the mountains, the party became witlessly lost in a whiteout snowstorm, and at least some of the men resorted to cannibalism. As winter gave way to spring, Packer emerged as the only one of the six to return to civilization.

When initially questioned by officials at the Los Pinos agency, Packer denied any knowledge of the fate of his companions. As time wore on however, Packer was seen drinking and spending large amounts of money that no one knew how he came to possess. Eventually, two Ute Indians discovered dried human flesh just outside of the agency in the direction from which Packer had been traveling. Coupled with this grisly discovery, other men who had been part of a larger gold prospecting group that included Packer began arriving at the agency and began outright challenging Packer’s details of events.

When the snow eventually thawed, an illustrator for Harper’s Weekly magazine found the remains of Packer’s companions. Upon further examination of the bodies it appeared that the men had met with gruesome fates. There were skull fractures on all of the victims, which were believed to have been inflicted by blows from a hatchet. Some of the corpses also had broken bones, and the carcasses showed signs of flesh and fatty parts having been sliced away. It was assumed that the companions’ flesh had been eaten by Packer. 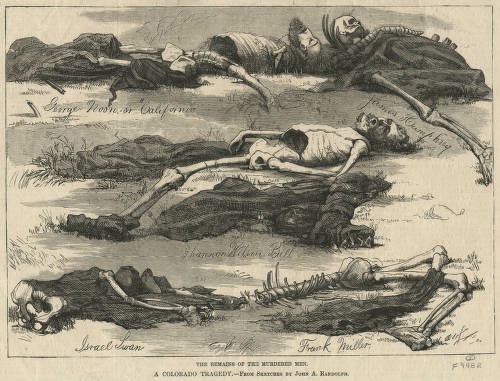 Over the years, Packer would change his story multiple times and say that he had only killed in self-defense, then eaten his companions out of necessity. He would also escape from Colorado to Wyoming, where he lived under the alias “John Schwartze.” Packer was eventually discovered, put on trial, convicted of murder and sentenced to death. The cannibal, however, escaped the death penalty on a technicality and was able to stand trial for a second time. At the outcome of the second trial, Packer was convicted of manslaughter and sentenced to a 40-year prison term. He would eventually receive parole after serving 18 years of his 40-year sentence. 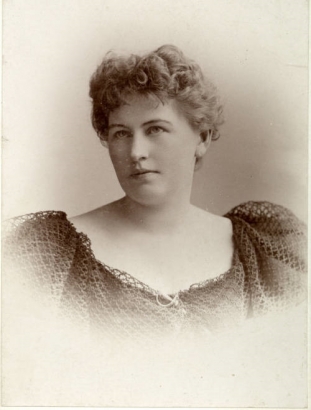 During his time in prison, Packer opened lines of communication with people who agreed he had been unjustly tried and convicted. The most famous of these was Polly Pry, a controversial journalist for the Denver Post who is credited with helping Packer eventually receive parole.

Due to his fame and notoriety, several lesser-known individuals also began corresponding with the infamous cannibal. One such person was Mrs. Rebecca A. Newman of New York. Mrs. Newman traded letters not only with Packer, but also Alva Adams, the soon to be the Governor of Colorado, and with the chaplain at the Colorado State Penitentiary in Canon City, where Packer was incarcerated. 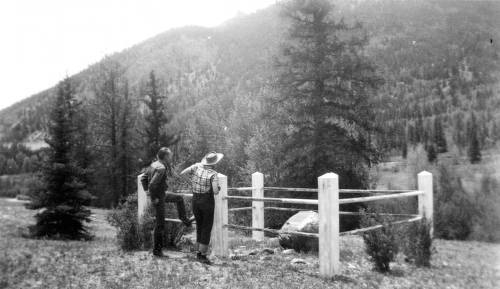 Monument at foot of Slumgullion Pass, a few miles south outside of Lake City, Colorado.
Monument for the men who were murdered

Recently, the Western History & Genealogy department acquired Mrs. Newman’s original correspondence. The letters she received from Packer detail his version of the infamous cannibalistic events, as well as his living conditions and his attempts to secure parole. Supporting letters from Governor Adams and Prison Chaplain L.J. Hale give insight into Packer’s mental status, living conditions, and the feelings of authorities toward the confessed cannibal. All the letters have been digitized and are available from our digital collections with transcriptions and high resolution images. These letters are an excellent historical resource and a gem to have in the library’s collection. 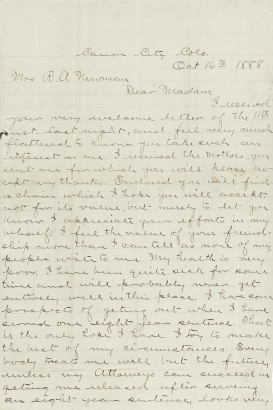 My favorite legend about the Packer trial, unfortunately not true, was that the outraged judge said at the sentencing, "There was seven demmicrats in Hinsdale County and you up and ate five of them."
I went to CU in Boulder when the eatery in the University Memorial Center was called the Packer Grill, featuring the redoubtable sandwich offering, the "Packer Snacker".

Yes its a hilarious legend for sure.

You should set the record straight on the spelling of his name. Are there any documents that show it as "Alferd"? It appears in these letters that he signed his name as Alfred, the Civil War enlistment register has Alfred written, the Supreme Court Case records have Alfred, and his headstone has Alfred.

I propose that you change the title of the collection to reflect his given name and the name he went by. There is no proof that the story of the supposed misspelled tattoo is true. It's bad enough to be known forever as a cannibal but then to have a silly misspelling stick with you forever?

Actually there are a few documents that do show his name spelled as Alferd. In fact, some of them are signed by Packer himself. He is known to have gone by both names during his lifetime as well.

Actually, I like Alferd. He looks like an Alferd to me...We need to pull his birth certificate to settle the dust. ahem...

His headstone reads "Alfred". Also in old directories from his final years he is listed as "Alfred". It is believed he appeared to juxtapose the "e" and the "r" when signing his name due to a lack of education though I wonder if it might be due to hard to read handwriting. The story behind his becoming "Alferd" is that a typesetter mixed the "e" and the "r" setting a newspaper story during his trial. I think his parents named him "Alfred" but "Alferd" has become iconic, probably because it fits the legend.

Look at his hand-written letters. I think he was fairly well educated.

Didn't a university re-excuvate the butchering site and find that he was attacked by one in the party with a gun & was really thought "innocent" after the excuvation?

Yes, that is true. An archaeological excavation was conducted, however the idea that Packer killed in self defense is only theory and not a consensus fact. Truth remains that Packer lied, stole his comrades belongings and money, spent his stolen rewards frivolously, and did not come to the self defense conclusion until he had changed his story multiple times. He also said nothing about the deaths of the men until he was confronted by men who recognized the rifle he was carrying around as stolen.