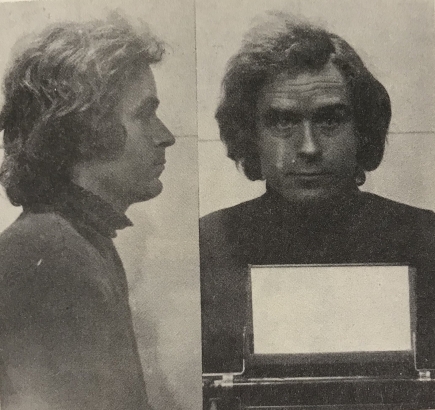 Reader beware: There’s no getting around it - Ted Bundy was a monster who committed unspeakable acts of violence against women from 1971-1977. While I have toned down the details of Bundy’s murders, I must advise that anyone wishing to learn more about him beyond this article is doing so at their own peril, as other authors and journalists are much more explicit in describing his crimes, including acts of sexual violence and necrophilia. Consider yourself warned. -Caroline

As children, we all had an innate fear of the bogeyman and things that go bump in the night. But what if the monster has a charming smile and dresses well? What if the monster is your friend, your co-worker, your classmate? What then? 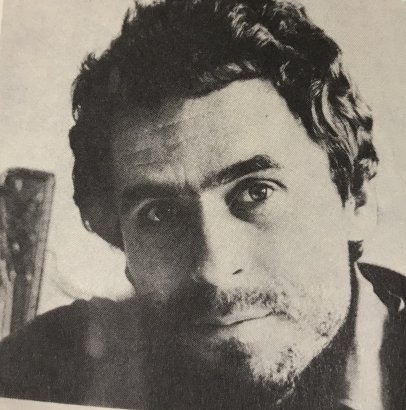 Ted Bundy was one of those monsters hiding in plain sight. He was an intelligent and good-looking man who had studied psychology at the University of Washington, and later went to law school at the University of Utah. He had a pretty girlfriend named Elizabeth and volunteered at a suicide prevention hotline in his spare time.

He also murdered over thirty women across seven states in four years.

After terrorizing Washington, Idaho and Utah, Ted arrived in Snowmass Village, Colorado, at the beginning of January 1975, ostensibly while on winter break from law school. Within the first two weeks of the new year he would abduct and murder his first victim in Colorado.

Caryn Campbell, a nurse from Dearborn, Michigan, who was staying at the Wildwood Inn, disappeared January 15 while walking from the elevator to her room. Her battered body was found a month later. She would become Bundy's first Colorado victim and his fourteenth verified victim.

In March, Vail ski instructor Julie Cunningham was walking from her home to meet up with friends when she was approached by a handsome dark-haired man on crutches asking for help carrying his ski boots to his car. He clubbed her, restrained her and drove her to Rifle where he eventually killed her. Her body was never found.

At the beginning of April, Denise Oliverson was riding her bike in Grand Junction to clear her head when she vanished without a trace. Her sandals and bike were found near the viaduct, but her body was never found.

It wasn’t until 1976 when the self-styled “most cold-hearted son of a bitch you’ll ever meet,” was finally connected to these murders, more specifically with Caryn Campell’s murder, as she was the only victim whose body was ever found. At this point, Bundy had been imprisoned for the kidnapping of a teenage girl in Murray, Utah. FBI technicians had impounded and dismantled his 1968 tan Volkswagen Beetle and discovered hair matching Caryn Campbell’s.

By then there were over thirty investigators working all the different murders Bundy had committed, but his connection had not been finalized. They convened in Aspen in November 1976 to exchange information, and by the end of the meeting, they were all certain Bundy was responsible for all of the murders. Colorado authorities charged him with Caryn Campbell’s murder, and in January 1977 Bundy was brought back to Colorado to await trial. 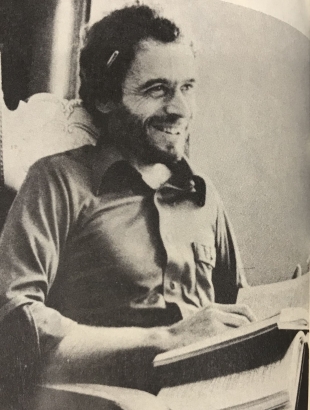 Ted Bundy after his first escape from Pitkin County Courthouse.

Bundy was finally brought before a judge at the Pitkin County Courthouse in Aspen to begin the trial for Caryn Campbell’s murder. Bundy had insisted on representing himself in court so that the judge would remove his shackles and handcuffs. During a recess, Bundy was granted permission to use the law library to research his defense. Using the bookcase to hide him from view, Bundy leapt from the second-story window, spraining his ankle upon landing. He removed his jacket to alter his appearance, and walked out of Aspen and into the mountains as police set up roadblocks.

For six days, Bundy was a fugitive. Close to the summit of Aspen Mountain, he broke into a cabin and stole clothes, food and supplies to continue his evasion of police and search parties. He headed south as if he were trying to make it to Crested Butte, but for reasons unknown he drove back to Aspen in a stolen car. He was apprehended and sent back to the Glenwood Springs jail. And there he began to plan another escape.

His escape from the Pitkin County Courthouse and six days on the lam had given Bundy more attention than he wanted, and he insisted on his trial being moved to Denver so that any potential jurists wouldn’t have skewed opinions of him. The judge declined to move him to Denver; instead he would be moved to Colorado Springs in January.

Since his failed first escape over the summer, Bundy had formulated and implemented a more detailed escape plan. Over the months, his girlfriend Carole Ann Boone surreptitiously brought him $500 and he acquired a detailed plan of the jail and a hacksaw. After sawing a hole in the ceiling of his cell by the bars, he dropped 35 pounds so that he would be able to squeeze through the hole when it was time. He took his opportunity while most of the jail’s staff were on Christmas vacation. He piled books on his bed and covered them with his blanket, then slipped out of his cell, stole clothes from the jailer’s apartment and walked out the front door.

Employees at Glenwood Springs jail were unaware of Bundy’s escape until around noon the following day -- about 17 hours later -- and by then Bundy had hitchhiked from the mountains near Glenwood Springs to Vail, caught a bus to Denver and boarded a flight to Chicago.

He would never set foot in Colorado again. After Chicago, Ann Arbor and Atlanta, Bundy went to Tallahassee, Florida, where he would commit his infamous murderous frenzy in the Chi Omega sorority house that left three women dead and one permanently disabled. It was for these four women's deaths that Bundy finally stood trial (again acting as his own attorney), was convicted and sentenced to die.

He was sent to the electric chair January 24, 1989, at the Florida State Prison. 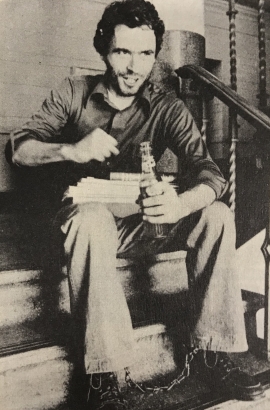 Ted Bundy after his first escape from Pitkin County Courthouse.

It’s been thirty years and change since Bundy was executed in Florida, and questions still remain about his murders. As mentioned at the beginning, the bodies of two of the three women he killed and desecrated in Colorado were never found; he did confess to them while he was on death row.

There are also a couple of cold cases in Colorado from the same time period that could be tied to Bundy, but there was never sufficient evidence, and Bundy never admitted responsibility for them. Suzy Cooley, a teenager attending Nederland High School, was found in Coal Creek Canyon in April 1975, and receipts from a gas station place Bundy in the area at the time. Shelly Robertson of Golden was found in a Berthoud Pass mine in August the same year, again with receipts proving that Bundy was in the area.

As time stretches on, continued advancements in forensic science will hopefully continue to aid investigators in answering the questions lingering over the infamy of the monster that was Ted Bundy.

If you're ready to take a deep dive into the crimes of Ted Bundy, Ann Rule's The Stranger Beside Me continues to be the definitive book about him. Western History and Genealogy has a hardcover copy. We also have a copy of Richard W. Larsen's The Deliberate Stranger and several clipping files.

Guessing you watch 'Conversations with a Killer: The Ted Bundy Tapes'

Just started! I have to watch it in little bits because I find his attitude so unnerving...  -Caroline

In watching 'Conversations with a Killer: The Ted Bundy Tapes. I was struck @ how eerily similar his behaviors of sociopathic, lying, narcissisticisrm & alternate reality mirror that of the White House occupant.

Thank you for sharing, Rich

Bundy was a member of the Young Republicans in college. He had aspirations for a career in politics. His addiction to killing women derailed his plans.

Was in utah at same time he was active there. Have meet a Chaplin who met him at utah state prison. Chaplin said he was charismatic. Evil bundy was. He touched more lives than we know. He did tell Richard Larsen that the world of politicians was full of sociopaths.

I was a dispatcher in the Grand Junction, Colorado jail during the time they were questioning Bundy and as such had no idea why he as there in ‘meetings’ with officers so often. One very snowy day I was watching the storm and musing about how badly my big, heavy Chrysler would perform on the ice going home. Bundy offered to give me a ride home and my sergeant roared out of his office yelling “No, you will not! I’ll take her!” On the way he explained What the ‘charming’ guy was there for. I slept with my son for months afterward! I was 19 with long brown hair and big green eyes. Exactly Bundy’s ‘type’!

How terrifying! Thanks for sharing, Donna.

A friend is certain he picked her up in Deer Creek Canyon west of Littleton. She had the foresight to jump out the door of the car.

I also worked on the CU campus in a building where I think he hid out and I lived on Queen Anne in Seattle and shopped at the same Safeway he did.

"Over the months, his girlfriend Carole Ann Boone surreptitiously brought him $500 and he acquired a detailed plan of the jail and a hacksaw." He was an accused serial killer and she was his girlfriend? And helped him with his escape? Hard to understand.