Long before the chants of "build the wall" and attacks on the humanity of immigrants, Colorado experienced its own crisis of conscience. More to the point, it not only intensified its animosity towards Mexican migrants, but also went so far as to dehumanize fellow Americans as "aliens."

Most species will turn on their own as resources become more limited. Humanity is no different and perhaps nothing has underscored that fact as well as the Great Depression. 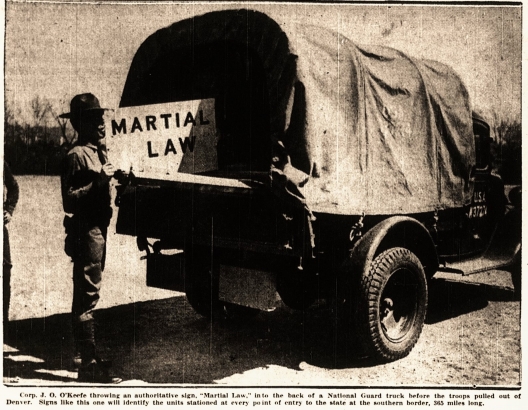 By 1936, the United States was well into phase two of the New Deal. Manufacturing jobs were nearly up to their pre-1929 crash levels, and the Works Progress Administration was continuing to put people back to work on public infrastructure projects.

Unfortunately, the Dust Bowl was also in full swing, and farm jobs were drying up like prairie grass. Parts of Colorado, Kansas, Oklahoma, New Mexico and Texas were particularly affected. As such, workers and their families began migrating to look for jobs in other regions. One draw in Colorado, besides the numerous WPA projects, was the Northern Colorado sugar beet industry that managed to stay clear of the worst dust storms.

At the time, the Democratic governor of Colorado was Edwin "Big Ed" Johnson. He was a staunch ally of members of the America First movement and opposed the Roosevelt Administration and the New Deal.

It is not surprising, then, that Governor Johnson's isolationist and xenophobic tendencies manifested at the state level as well as the national. It was clear that by March 1936 he was threatening martial law. Johnson argued that only residents of Colorado had the right to the state's available jobs. 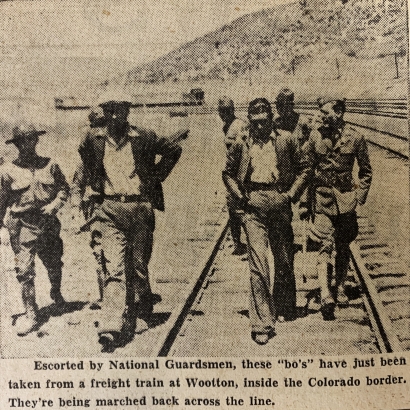 On Saturday, April 18, 1936, Governor Johnson made an official declaration of martial law. He ordered the Colorado National Guard to patrol the state's entire 360-mile southern border. It did not go unnoticed that this coincided with the 22nd anniversary of the infamous Ludlow Massacre. According to the Denver Post, while the National Guard had been called out during various labor disputes and floods, this was the first time in at least 15 years that a governor had made a formal declaration of martial law.

All cars and trains on major arteries into the state were to be stopped and searched. Destitute Americans seeking only to pass through to jobs in Wyoming and Montana were to be sent back. The governor even worked to enlist the support of Colorado citizenry to observe and report on any who appeared to be coming into the state looking for work. He said,

This policy must end and in my proclamation I am asking all of our citizens to desist from any aid to such enterprises of importing outside labor and to co-operate with the military and the police authorities to end it. Jobs in this state are for our citizens and I propose to see that they are not filled by outsiders if I have to invoke the full military strength of the state to do so.

Governor Johnson invoked the evergreen image of a "threatened invasion of alien and indigent labor." At the same time, he empowered the military to determine if those crossing the border did so with obvious financial means. Americans who were verified to be wealthy enough for purposes of commerce or tourism were to be allowed in.

Within days, financial interests in New Mexico began organizing against the ban. Merchants and buyers within the Commercial Club passed a resolution condemning Johnson's actions and proposed a boycott of Colorado businesses. At the same time, New Mexico senators Dennis Chavez and Carl Hatch loudly denounced the blockade as unconstitutional. They cited Article IV, Section II of U.S. Constitution, which states,

The citizens of each state shall be entitled to all privileges and immunities of citizens in the several states. 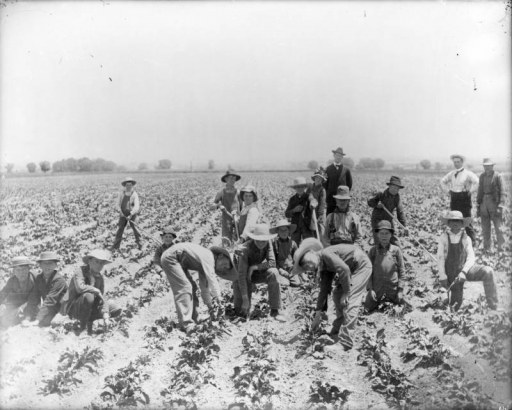 Within a mere 10 days, Johnson rescinded his order of martial law, citing the deteriorating relationship between Colorado and New Mexico. While he promoted the desire to be a good neighbor to states along the Colorado border, he stood by his goal of stopping the flow of "aliens" and was silent on the Constitutional issues aroused by his actions.

As is often the case, it was the governor's unstated motivations for ending this experiment that were, perhaps, most intriguing. According to the Denver Post, Colorado sugar beet producers needed thousands of seasonal laborers for fieldwork and were experiencing difficulties recruiting from within the state.

Such negative consequences would continue to arise and be accompanied by feigned surprise each time such xenophobia took root along internal or national borders—perhaps most infamously under Eisenhower's "Operation Wetback." Similar sentiments always carry familiar refrains of the "other" seeking to steal what some perceive as theirs.

Yet, Americans have shown a tendency to embrace, as President Lincoln said, the "better angels of our nature given time." Particularly aggressive actions, such as those seen in 1930s Colorado, seem to inspire an aggressive discussion and rethinking of policies. Whether the issue is the Irish, Italians, Latinos, "Okies" or others, common ground is found with the passage of time.

Thank you so much, Avi! As the spouse of a teacher, this comes as very high praise. You and other teachers are always welcome to contact us for any images or primary source materials you might use for classroom lessons too. https://history.denverlibrary.org/contact-us

Thanks for the kind words. I'm so glad you liked it.