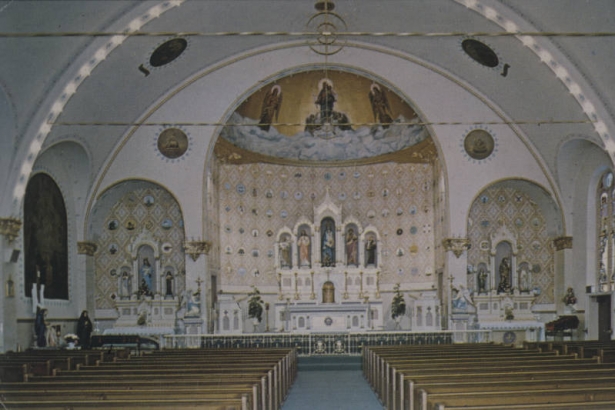 Italian-Americans have been a big part of Colorado's ethnic melting pot ever since Americans of European ancestry began settling in the region in the 1850's. Along the way, Denver's Italian community played a major role in the development of the city, especially in the area that is usually referred to as, North Denver or the Highlands.

Many of the descendants of these early Colorado residents are still living in the Mile-High City and are frequently interested in doing genealogical research to learn more about their Italian heritage. If you're one of these folks, or just interested in learning more about genealogy, we'd like to invite you to drop by the Italian Research Group (IRG), which meets here at WH/G on the first Wednesday of each month from 10 a.m.-12 p.m., beginning on February 4. Meetings will be held in the Gates Meeting room on Level 5 of the Central Library (10 W. 14th Ave. Pkwy) unless otherwise noted.

IRG meetings will be fairly informal affairs with a meet-and-greet from 10-10:30; a brief presentation on genealogical research methods from 10:30-11 a.m.; and open, assisted research from 11 a.m.-12 p.m.

Our first meeting will start off with a short talk on how genealogists can use the resources at the WH/G, including Ancestory.com's library edition. Upcoming discussion topics include:

The IRG is meant as an opportunity for genealogists to build up an Italy-specific skill set while interacting - and learning from - other researchers with similar interests. Again, this group is meant as an informal, drop-in oriented meeting space that won't involve dues, memberships or anything except learning about Italian genealogy research.

If you're interested in learning more about the Italian Research Group, shoot us an e-mail at history@denverlibrary.org or give us a call at 720-865-1821 and ask for Brian.

We'll look forward to seeing you!

Any chance there would be a meet-n-greet on a Saturday? My husband and I both work M-F. I lived in North Denver, went to Mt. Carmel H.S. and was married at Our Lady of Mt. Carmel church. My husband 's maternal side is Italian - Bruno/Mauro and they owned a candy store in the Highlands area. Researching those families has been somewhat elusive so connecting with others would be great. If a Saturday meeting isn't possible, perhaps a website or social media to connect with others?

I would be interested in attending, but reside in Montrose, CO. My grand parents (my father's side) immigrated to Telluride in the 1890's from northern Italy. My grandfather did a lot of business in Denver from 1900 until his death in 1942. I have done much research on him, but would like to know more about his dealings in Denver.. If there are handouts from your meetings that could be emailed to me, I would appreciate.
Regards, Don Oberto