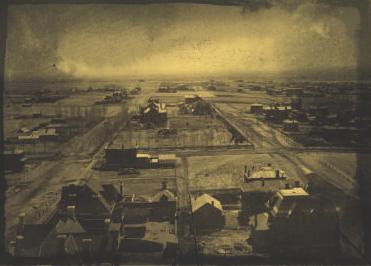 On February 13, 1902, the Denver Times reported the following:

The haunted house at the corner of Nineteenth and Grant avenues narrowly escaped destruction last night by firebugs who ignited the place...The house, which has been empty for the last three years, was at one time owned by a wealthy family.  J. A. Fleming, a real estate man, who has charge of the property, cannot rent it on account of the reputation of its being haunted. 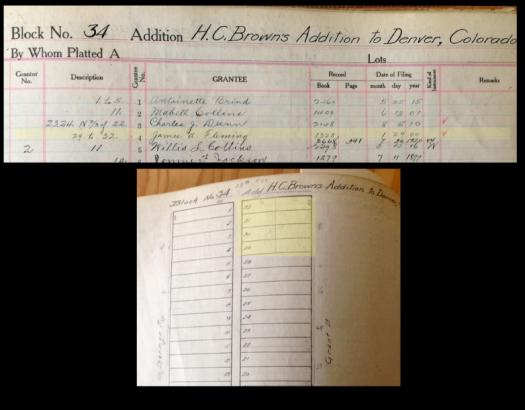 By June 18, 1903, the Denver Times reported that the three-story, 14-room brick residence (today the site of an apartment complex) was looked upon by neighbors and city health department officials as “a public nuisance and a detriment to that section of the city.” Due to rumors of it being haunted, the newspaper reported that the house had not been occupied for ten years and was “now the sleeping place of tramps.” 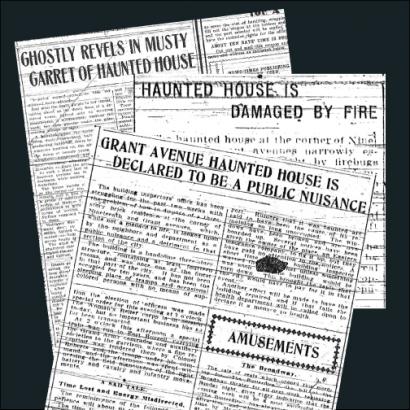 On November 4, 1904, the Rocky Mountain News ran a story entitled, “Ghostly Revels in Musty Garret of Haunted House,” which detailed a séance that was performed in the home:

…A haunted house, the scene—big, rambling, dusty, cobwebbed, bare rooms, the plastering fallen off, doors battered down, windows boarded up, the air musty with the damp of twenty years; the very atmosphere, suppressed with tense mystery; creaking, whistling windows—cold draughts as from the grave.

In such a place last night, a crowd of fourteen persons sat for four hours in darkness, while waiting for ghostly manifestations...It was there last night that a group of spiritualists, under the leadership of Madam Thompson, a medium, endeavored to bring out the stories and forms of several suicides and murder victims supposed to be roaming restlessly there.

In a room on the third floor of the house, the group joined hands, extinguished a solitary candle, and sang the hymn, “Nearer, My God to Thee.” As Madam Thompson began her séance, an “unearthly scream” frightened the group. It was soon discovered, however, that the noises had originated from a few latecomers to the séance.

The ceremony continued and one woman in the room claimed to see a vision of “…a fair, beautiful girl, her low-necked gown stained a hideous red…”

The article describes the frightening details of the séance in which several women claimed to fall into trances and communicate with those who had died violently in the house. The reporter described one such trance:

A pretty, young girl shrieked aloud in terror as she shrank back in her seat, throwing her hands to her ears to keep the horrible sounds out. And then another moment the woman had risen.

But again she went into a trance and rose to the middle of the floor.

With painful care, she drew herself to her hands and knees and crawled slowly along. “Oh—oh, they’ve got me,” and she sank prone.

Then in a weird, tremulous voice she again commenced:

As the article went on to report, the Denver police had their own ideas about the origins of the “ghosts.” They asserted that absolutely no crime, as far as they knew, had been committed at the house. They believed rumors started by a prospective purchaser looking to drive the price of the home down and the structure’s long period of vacancy led to its reputation as a haunted house.