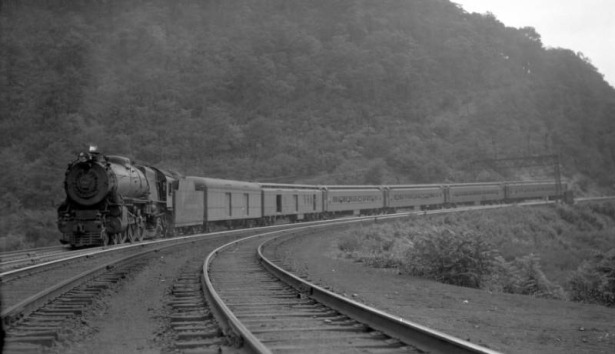 We've recently been adding more Spanish language materials to our collections as part of a broader effort to present a more fulsome view of Western History. Given the prominence of Spanish-speaking people in our region, and their significant role in the development of the West, this makes sense.

For researchers, these items present a unique perspective of our region that can't be sussed from English language materials of the same era. While English language versions of many of these items are available, these translations often miss the subtleties of language that only the original text can provide.

Procedimientos De La Convención Constitucional Del Propuesto Estado De Nuevo México Tenida En Santa Fé, Nuevo México: Octubre 3, 1910 Hasta Noviembre 21 1910
This Spanish language edition of the Proceedings of the New Mexico Constitutional Convention, this publication is relatively scarce and was a key lever used to garner Neomexicano support of the proposed state and its constitution. Besides offering the perspective of native Spanish speakers, this document also shows the importance that New Mexico residents placed on language and preserving their heritage. (Many Western states published their constitutions and convention proceedings in multiple languages; Colorado published theirs in English, Spanish, and German.)

The Railroad Spiral: The Theory of the Compound Transition Curve Reduced to Practical Formulæ and Rules for Application in Field Work: with Complete Tables of Deflections and Ordinates for Five Hundred Spirals
This seminal 1884 work illuminates the fine art/science of designing railroad curves so that trains could gain speed, but not go flying off the tracks the second they weren't heading on a perfectly straight course. So why would we purchase a 138-year-old book on railroad design theory? Influential reference works like this are essential tools for preservationists who may be restoring rail lines or doing other preservation work and need to understand how rail lines were built in the first place. We're always on the hunt for the reference works used by the engineers who built out the early infrastructure of the American West and recognize the value they offer researchers of the past and builders of the present.

Ley de 4 de Noveimbre de 1848 sobre Arreglo del Ejerctio, u Disposiciones Relamentarias que Dito el Govierno para su Cumplimiento
In the wake of their armed forces' defeat in the Mexican-American War of 1848, the Mexican Army attempted to reform itself and used this book as its guide. This slender tome outlines everything from pay scales, to standard equipment issues and flag regulations. It's literally a starter's kit for building a 10th-century army from scratch. A scarce item like this is useful not only to history researchers, but also to fiction writers who want their works to be historically accurate, and genealogists who are looking for a glimpse into what their ancestors' daily lives looked like.

Prather's Aerial View of the Rocky Mountain National, Estes, Park
By throwing the standard rules of perspective out the window, cartographers are able to create spectacular bird's-eye view maps like this 1922 piece from Ralph Carlye Prather. While bird's-eye maps necessarily involved some interpretation, Prather sought to bring to life a view of Rocky Mountain National Park (RMNP) that would be familiar to everyday people saying, "Altho this view is to all intents and purposes a 'birds-eye' yet I have in all instances, as much as possible, endeavored to represent the park, as seen and remembered by the average motorist and hiker." This unique perspective of RMNP was purchased through our Special Trust Funds, thanks to the generosity of DPL donors.

The Western History Collection is a work in progress and we'll continue adding new materials to expand the perspectives it represents. Our goal is to provide our researchers with the most comprehensive collection we can put together.