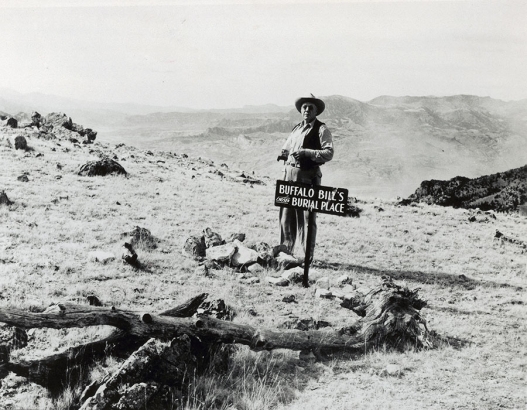 On January 10, 1917, while visiting his sister in Denver, famous scout, Buffalo hunter, showman and ultimate Son of the West, Buffalo Bill Cody died from kidney failure. Because he passed away in the middle of the winter the road to Lookout Mountain, the spot where he wanted to be buried, was impassable. So Olinger’s Mortuary, where he was initially interred, kept his remains in cold storage for six months - embalming it six times - until the road up to the Lookout Mountain was made passable.

Interestingly enough, Olinger’s Mortuary is now Linger Eatuary restaurant. Folks can now eat in the spot where the old scout was embalmed. A little macabre, but still fun.

Much of the controversy that followed the death of Buffalo Bill and his burial revolves around Colorado’s neighbor to the north, Wyoming. The Cowboy State wanted Bill to be buried there just as much as Colorado wanted him to stay in a mountain state. In the first draft of Cody’s will, written before he died, he had stated he wanted to be buried outside the town he founded, Cody, Wyoming, somewhere on Cedar Mountain. But in an updated will, Buffalo Bill had specified that he wanted to be buried atop Lookout Mountain with one of the most spectacular views in all of the west. 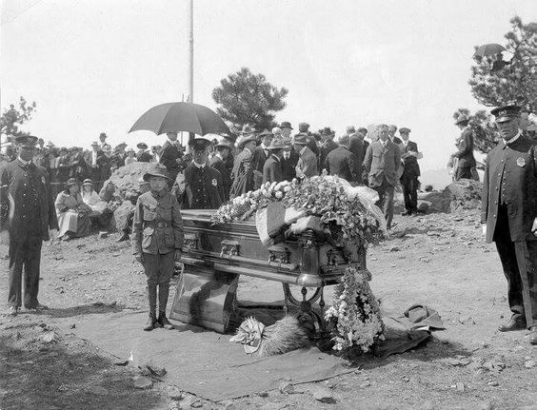 There is a conspiracy theory that exists even to this day that says Buffalo Bill is actually buried in the Cowboy State, and not in Colorful Colorado. Legend has it that a number of folks from Wyoming snuck into the funeral home and replaced Bill’s body with a local vagrant, a look-alike impostor, then took the real Cody back to the town he founded.

However, there exists quite a lot of evidence debunking this outrageous tale. During the June funeral in 1917, many of Cody’s family members as well as thousands of mourners attended the event, and numerous photographs were taken of the family filing past the open casket. If the Bill in the casket was an imposter, it’s more than likely one of his relatives would have noticed and said something.

Most of the burial controversy comes from Cody's niece, Mary Jester Allen, who, after the death of Bill's wife Louisa Cody, claimed that Denver officials had conspired to have Buffalo Bill buried on Lookout Mountain. The rumors so inflamed both sides that Cody's foster son, Johnny Baker, reburied the Codys under tons of concrete as security against theft. 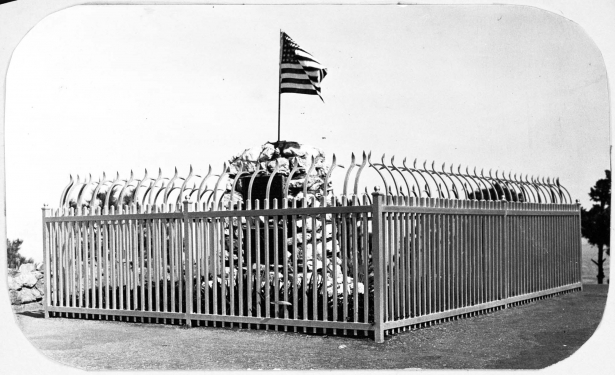 Further inflaming the controversy, in 1948, the Colorado National Guard stationed troops around the grave site after American Legion post members in Cody offered a $10,000 reward to anyone who could steal Cody's body. In 2006, Wyoming legislators jokingly debated waging a "clandestine" effort to retrieve Buffalo Bill. Many historians and a good number of people from Wyoming believe Bill is buried in Colorado, but that doesn’t stop from the tall tales and controversy from raging on today. 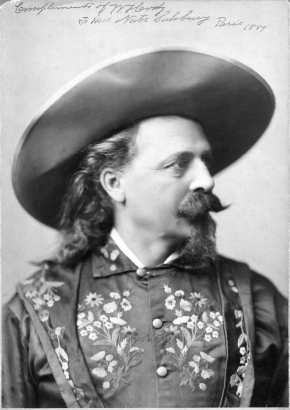 You can't trust anyone with"Jester" in their name.

My name is jester!

A friend's mother watched the funeral procession and said that his horse - or perhaps "a" horse was part of the procession up Lookout Mountain.

One of my most favorite possessions is a family photo from 1918 of my 4 year old grandmother, my great-grandmother and my 2nd great-grandmother visiting Buffalo Bill's grave - having made the trek from Nebraska. I've studied my photo quite a bit and your old photo of the grave puts my photo into perspective. They were posed standing on the opposite side of the small brick wall in the background with their backs to the headstone which can be seen behind them. By 1920 my grandma and her parents had relocated to Denver. Perhaps to be nearer dear Buffalo Bill. HA!

What a wonderful story. It's great to hear the personal connections people have to the old scout. Lookout Mountain is a wonderful place and is always a fun spot to visit.

Would you post the picture? Would love to see it. I remember back in the late 50s or early 60s that it had more trees around the site.

I am writing an article on Gauguin and Buffalo Bill in Paris in 1889. Can you tell me the location of the photograph of Buffalo Bill in 1889 you have reproduced here? Is it in the Denver Public Library? Thanks so much for your help!