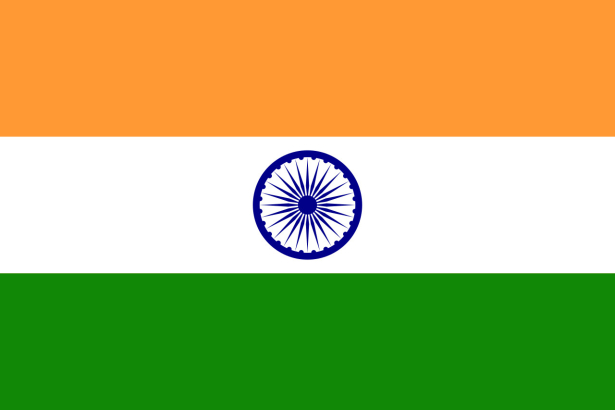 According to the Migration Policy Institute, Indian immigration to the US has increased 13-fold since the 1970s. Much of that immigration has involved the culmination of America’s need for tech workers, India’s extensive system of technical schools, and the fact that most Indian immigrants are already fluent English speakers. While Indian Americans have become an integral part of our society, they were not always welcomed with open arms, and in different eras even faced specific laws limiting their ability to immigrate. Prior to 1965, an explicit quota system existed to favor immigrants from Northwestern Europe. Federal legislation in 1946 even limited Indian immigration to a mere 100 persons nationwide, annually.

Despite these obstacles, we found a cohort of early Indian immigrants to Colorado that seem to have quickly assimilated and remained largely unnoticed by Colorado media until the 1980s. Prior to 1930, US census records list people born in India, but those appear to be almost exclusively members of colonial British families that lived in India during the occupation. The 1930 census, on the other hand, shows that at least 29 ethnic Indians were living in the state. This census data alone gives us an intriguing look at one of the smallest of minorities to live within Colorado at that time. 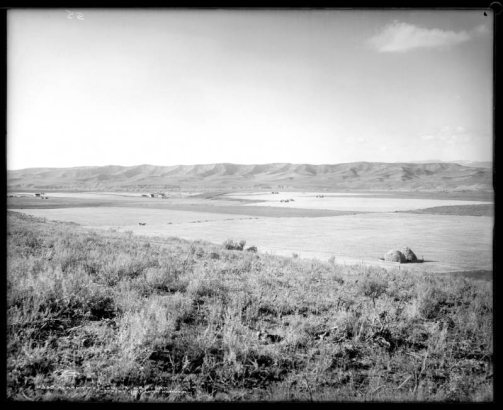 While there are no detailed biographies of these individuals and families, the little information provided by the US Census remains fascinating. For example, Frank Kahn immigrated to the US around 1906, married Ebon (a woman from New Mexico), and raised six children, including their adopted daughter, Filia, in Purcell, Colorado. Frank worked as a timekeeper for the railroad. The family employed another Indian man named Singh Natha.

At the same time, there was Fakir Chand, a 47-year-old widower who worked a truck farm in Kortz, Colorado with his Japanese housemate, Charley Oka. In Pueblo, Colorado there lived Jual Kartar Singh, a farmer who had immigrated in 1910. Jual had married Scolactica Alazsardo (likely Scolastica Alazaro) from New Mexico and worked his farm along with his in-laws and two children. One of the more interesting mergings of Indian and Latino culture involved Sater Dinn. He immigrated to the US in 1915, and married Rafaela, a Spanish speaker from Arizona born to a Puerto Rican mother. Sater and Rafaela worked a farm together in Viejo San Acacio, Colorado and had two children, Henry and Luz. In states like California, there were many such unions between Asian Indians and Latinas, as miscegenation laws prevented Indian men from marrying women considered to be white. 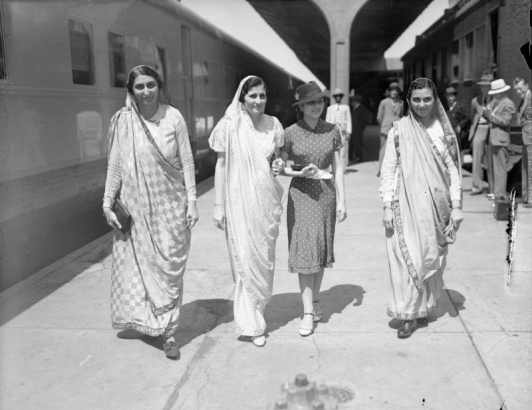 One happy accident of our research into Indian immigration is that we may have found one of the first Sri Lankans in Denver. In Denver’s Curtis Park neighborhood there lived a Singhalese-speaker named Andrew W Bodya. The 1920 census lists his birthplace as Candia, a kingdom of Sri Lanka. The 1930 census lists him as a Hindi-speaker from India, but the different language listed is quite possibly a misunderstanding on the part of the census-taker. Bodya appears to have worked as a laborer, was married to a woman named Ella, a maid from Alabama, and they lived with Ella’s niece Helen from Oklahoma. Andrew Bodya died in 1951 and is now buried at Riverside Cemetery.

By the 1950 census, only a handful of Indians appeared to remain in Colorado. The majority lived in Denver, like Nateshaier Pursbottam, who did medical research and lived in the Highland neighborhood with his wife Tara and daughter Sheila. 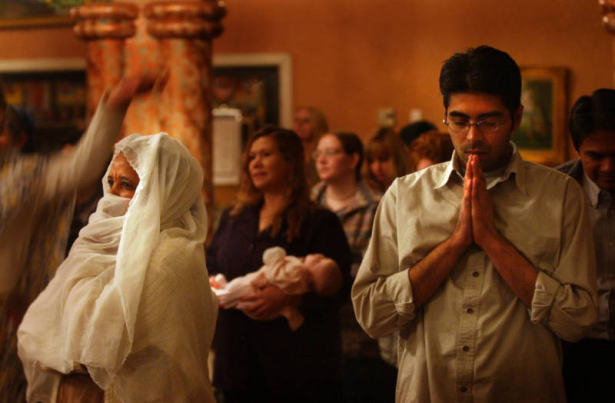 Denver, Colo., photo taken January 2, 2004-Ma Geeta Sharma (left) and Abhishek Ambani (right) gathered with many others from the community to the Sri Sri Radha Govinda Temple located at 1400 Cherry Street in Denver where they held a special program Su...

With the end of the bigoted quota system in 1965, emigration from India began to rise. By 1972, the “Denver India Association” was established. The same year, Senator Richard Lamm spoke at their downtown celebration of India’s Republic Day. A little over a decade later, Indian Festivals were being held with some regularity in downtown Denver and in Boulder. In 1984, the Hindu Society of Colorado was incorporated, and members were able to establish a small temple in Littleton in 1996. By this point, the tech boom was in full swing, and Colorado was desperate for more high-tech workers from India.

A July 16, 2000 Denver Post article reported that Indian restaurants in Denver had grown to 15, a significant increase from just 2 in 1988. Sudhir Verma, advertising manager of Denver’s India Association, was quoted as saying there were approximately 10,000 Indians living in the state.

“The best thing is they've given us a very good image in mainstream America. It’s a much much improved image. Now Americans know us.” Denver Post July 16, 2000 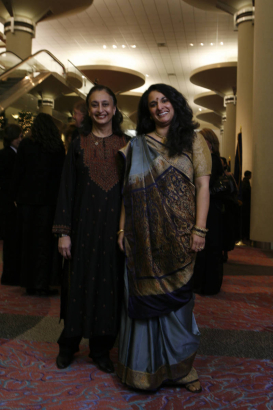 While anti-Indian discrimination was certainly not dead, it was hard to ignore the positive impact of the Indian community in a state that now had the highest per-capita concentration of tech workers in the nation.

In 2001, a deadly earthquake killed tens of thousands in the Indian state of Gujarat. The Hindu Temple and Cultural Center of the Rockies in Jefferson County, only four years old, quickly mobilized to raise money to help victims. A few years later, when the 2004 tsunami killed thousands in India and Sri Lanka, local immigrant communities again came together to alleviate the suffering of those living on the other side of the world. A year later, this same diverse community of Hindus, Buddhists, Hare Krishnas, Christians, and Sikhs used their collective power to aid the victims of Hurricane Katrina.

As the community grows, so have a number of cultural and charitable organizations:

Hindu Temple and Cultural Center of the Rockies

Today the population of Indians in Colorado is over 28,000, and they continue to thrive, contribute, and lend to the cultural diversity that makes Colorado a place people want to visit and live in.

Strangers from a Different Shore by Ronald Takaki

Indian Immigrants in the United States 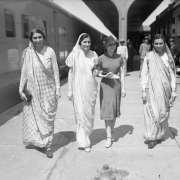 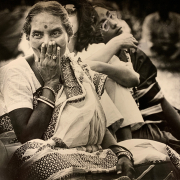 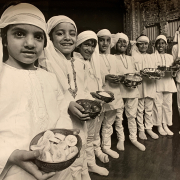 Denver, Colo., photo taken January 2, 2004-Ma Geeta Sharma (left) and Abhishek Ambani (right) gathered with many others from the community to the Sri Sri Radha Govinda Temple located at 1400 Cherry Street in Denver where they held a special program Su...
Full size image
Denver, CO July 25, 2005 Karima Kisch (left) and Meera Rawat, Hindu dancers, rehearse for the huge interfaith festival that happens in August. Rick Giase/Special to the News
Full size image
(DENVER, COLORADO, January 30, 2005) Arushi Raval, 7, left, poses for parents before her Sattriya Dance performance with the Assamese Association of Colorado on Sunday evening, January 30, 2005. The Tsunami Relief Fundraising Concert, organized by the...
Full size image
(Denver, Colorado, 12/22/2005) Nanci Ricks (cq), from the Dalit Freedom Network, is thrilled with the non-profit's new offices in Greenwood Village. She also reflected on the past year and their upcoming annual trip to India in January to do more work...
Full size image
12/24/05 - P. 6A;
DLM367 Ravi Krishnaswamy, 29, of Centennial prepares for the evening services at the Hindu Temple of Colorado in Littleton Tuesday July 11, 2006. Krishnaswamy, who is originally from southern India said he was saddened and angered by Tuesday's terrori...
Full size image
Sharmila Chakravarti, left, and Leena Bhagat attend the Governor Bill Ritter's inaugural ball at the Colorado Convention Center on January 12, 2007. Sharmila Chakravarti, left, wears a black embroidered Salwar-Kameez. Salwars are loose pajama-like tr...
Full size image
Mounika Chilakuri(cq), left, and her sister Nikhila Chilakuri(cq) watch for cars arriving for the ceremony in the Dove Valley area of Centennial, Colo on Saturday, June 23, 2007. The Hindu Temple and Cultural Center of the Rockies held Bhoomi Pooja Sam...
Full size image
Kari Grossman holds her child Shanti Grossman, 4, at their parents home in Denver, Colo., on Monday, July 14, 2008. Kari and Geeorge Grossman won the Colorado parents of the Year Award. They adopted Grady Grossman, 8, from Cambodia, and Shanti Grossman...
Full size image
MJM065 Acharya Kailash Upadyay (cq), far left, and Ned Kumar (cq), watch as Jyoti Yagnik (cq), center to right, Jigisha Yagnik (cq) and Tosha Shah (cq) perform the "Aarti" at a Hindu Temple in a converted home in Littleton, Colo. Thursday 11/13/08. ...
Full size image
02/25/2005 Denver, Colorado-Daljit Kaur (cq:Daljit Kaur), who hails from India, waits to be sworn in as a U.S. citizen on Friday. Newly naturalized citizens were officially sworn in during a ceremony at the Immigration Office at the Department of Homel...
Full size image