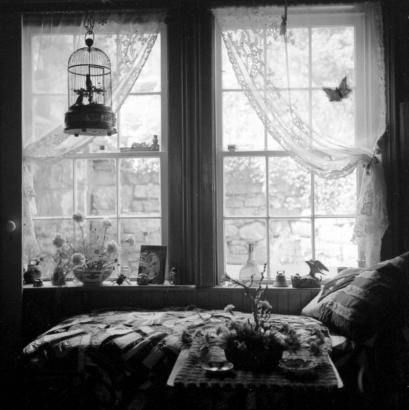 Sandra Dallas is an award-winning American author of thirteen adult novels, two children's novels, and seven non-fiction books. Previously, she was a reporter and bureau chief for Business Week magazine for the Denver region. Sandra Dallas took volumes of photographs of houses in Denver and other Colorado towns, many of which are digitized and available in the Denver Public Library Digital Collection. 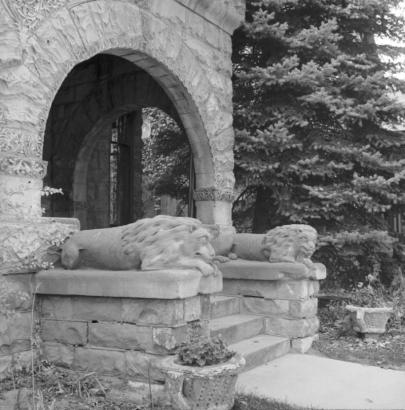 Sandra Dallas was born in 1939 in Washington, D.C., but later moved with her family to Denver, Colorado in 1945. She is a graduate of the University of Denver, receiving a B.A. in Journalism. In 1961, she joined Business Week. Later she was promoted to Denver Bureau Chief in 1969, becoming the first female Bureau Chief for a national news magazine. Dallas has also owned and operated a publishing company, Lick Skillet Press. She has written book reviews, many non-fiction books related to Colorado history, and numerous novels. 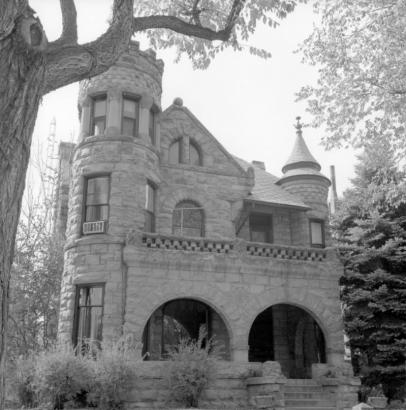 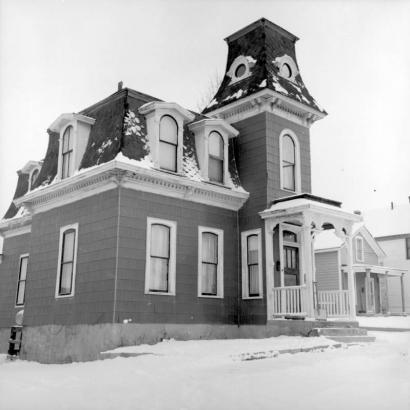 The Sandra Dallas collection contains manuscript drafts; correspondence; research material; vintage and copy photographs collected by Dallas; original photographs, negatives, transparencies taken by Dallas and her daughter, Kendal Atchison. The bulk of the collection consists of research material generated by Dallas's for non-fiction books relating to Denver and Colorado history. Other materials document her efforts as a writer of fiction. 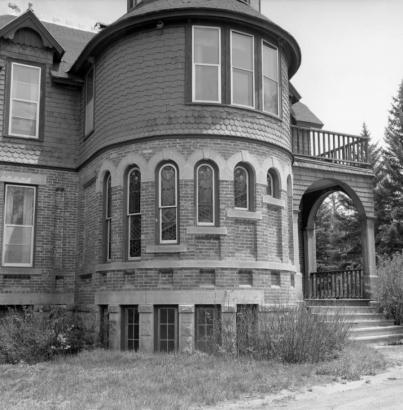 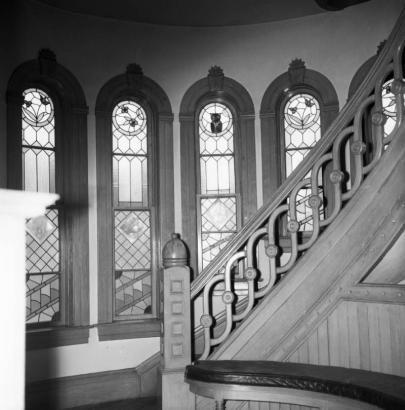 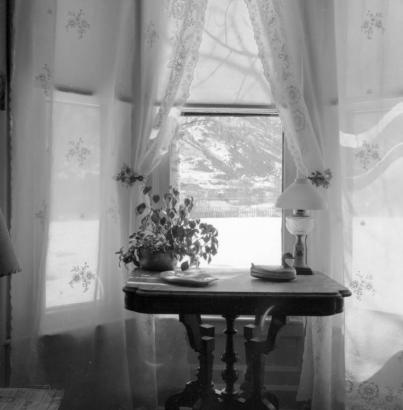 The 370 Sandra Dallas photographs in the Western History Digital Collection are mostly of architecture and architectural details in Denver, Colorado, and many smaller Colorado towns and Ghost Towns. Among the many "documentary" shots of important historical locations around the state are lots of close ups of prosaic details: doorknobs, light fixtures, wallpaper, and fireplaces, that impart the often overlooked, less tangible parts of history that we miss in classically framed photographs.

In 2014, Sandra Dallas was chosen as the recipient of the annual Eleanor Gehres Award, for her contribution to the historical record. In 1999, the Denver Public Library Commission established the Eleanor Gehres Award in recognition of her longtime service and contributions to the Western History/Genealogy Department of the Denver Public Library. Her passion for enlarging library audiences and developing a remarkable research collection inspired the creation of the Eleanor Gehres Award, first bestowed on her shortly before her death in 2000. The Award honors an individual who or organization that has made a significant contribution of library materials (books, manuscripts, photographs, maps, works of art or other items), scholarship, life-long service, or bequest, thereby enhancing the Western History Collection and its value to the community.

"Sandra Dallas has produced 13 adult novels, 2 children's novels, and 10 non-fiction books. A reporter and the first woman bureau chief for Business Week magazine, she is also a New York Times best-selling author. Sandra's novels with their themes of loyalty, friendship, and human dignity have been translated into a dozen foreign languages and have been optioned by Hollywood.

Born in Washington, D.C. on June 11,1939, Sandra graduated from the University of Denver in journalism and married fellow DU graduate Robert T. Atchison in 1963. They have two daughters, Dana, a lawyer in New Orleans, and Povy Kendal, a professional photographer in Golden. Sandra has been named "Colorado's Exceptional Chronicler of Western History" by the University of Denver and the Denver Public Library. She is a member of the Denver Woman's Press Club, the Western Writers of America, the Women's Forum of Colorado, Women Writing the West, the Denver Posse of Westerners, the First Presbyterian Church of Georgetown, and served on the boards of Historic Denver, Inc., Historic Georgetown, the Rocky Mountain Quilt Museum, and the Denver Visiting Nurse Association. As a member of Historic Denver's Publications Committee, Sandra also helped publish books celebrating historic preservation. Since 1961 she has reviewed regional books for The Denver Post.

A fine friend of the Denver Public Library, Sandra has donated her valuable photos of Colorado buildings and many other materials, as well as serving on DPL's Acquisitions Committee. Her literary leanings led her to co-edit the best anthology ever done for writings on the Highest State, The Colorado Book co-authored with her friend Eleanor Gehres, whose ghost voted for Sandra to receive the Gehres Prize.

Sandra has spent most of her life in Denver's Capitol Hill neighborhood. "I've always been a snoop," she confesses. "On the way to catching the bus after evening piano lessons in the old Sheedy Mansion as a child, I would walk along Grant Street at dusk and peer into the lighted windows of large historic homes, wondering who lived there." That little girl fascination with Colorado homes, history and personalities makes her work sparkle.

She began writing nonfiction in 1964. Her first book, Gaslights & Gingerbread: Colorado's Historic Homes, was followed by No More than Five in a Bed: Colorado Hotels in the Old Days: Yesterday's Denver: Colorado Homes: Sacred Paint, a biography of artist Ned Jacob, The Quilt that Walked to Golden, Vail, Gold & Gothic: A Guide to Larimer Square, and Colorado Ghost Towns & Mining Camps with photos by Sandra's daughter Povy. Her book on Denver architecture, Cherry Creek Gothic, helped spark the rebirth of the Curtis Park neighborhood.

After turning to fiction in 1990, Sandra's best-selling novels have included Fallen Women, a peek into Denver's Market Street Red Light District, Prayers for Sale, a vivid look at Breckenridge's dredge mining days, The Bride's House about a Queen Anne beauty she and Bob have restored in Georgetown, and Tallgrass examining Colorado's Japanese relocation camp through the life of a girl. Her first young reader book, The Quilt Walk, was published in 2012. Sandra is a three-time recipient of the Women Writing the West Willa Award, a two-time winner of both the National Cowboy and Western Heritage Museum's Wranger Award and the Western Writers of America Spur Award, an Audio Publishers Association Audie Award and the Romantic Times Reviewer's Choice Award for Historical Fiction.

In her many books, thousands of articles and book reviews, Sandra Dallas has emerged as one of the clearest voices of the Rocky Mountain Empire. Vogue Magazine called her "A quintessential American voice." The New York Times Book Review praised her work for its "entertaining, memorable characters... every detail Sandra focuses on women and women's issues in novels such as The Diary of Mattie Spenser. Based on Sandra's emersion in historical diaries of pioneer women and other primary sources this book explores the hardships, brutality and sexual nightmares overlooked by academic histories as well as romantic treatments of the American West."

Like Willa Cather and Mari Sandoz, Dallas realistically and compellingly focuses Sandra's life resembles that of her fictional characters. She single-handedly stormed some of the Rocky Mountain region's last all male bastions. The Denver Posse of the Westerners, a previously all-male club of western history buffs, saw the light in 1990 and made her one of their first female members. In 1996 she became the first woman ever to receive the Posse's Life Time Achievement Award for outstanding contributions to Western History. Sandra also broke a barrier at the Brown Palace Hotel where she threatened suit to get a barstool in the Ship Tavern.

Candor, as well as clarity, distinguishes Sandra's writing. She once described Morrison, Colorado as "a mangy little town." Morrison town trustees responded with a unanimous vote declaring Sandra Dallas persona non grata. Even when non grata, her favorite research technique is to stop at a local cafe and question the waitresses, whom she finds most knowledgeable and candid sources. By writing both literature and journalism, both fact and fiction, in straight forward coffee counter language, Sandra Dallas captures both the romance and reality of the Rocky Mountain Empire." Tom Noel. 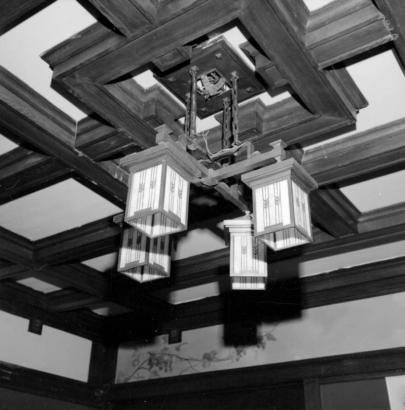 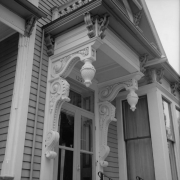 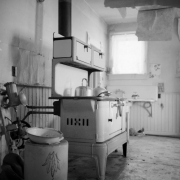 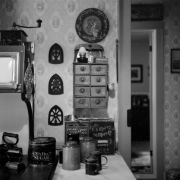