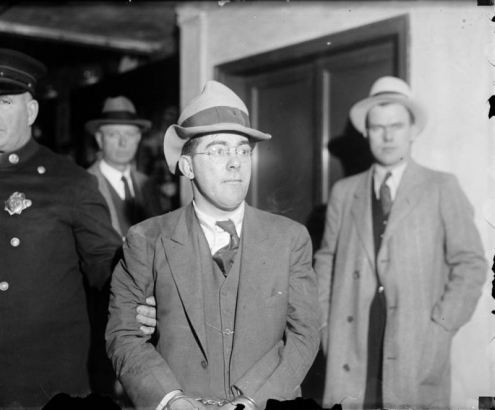 The City of Denver has always been exactly what it says it is, a city. And like most cities on the planet, Denver has seen its share of crimes and misdemeanors.

That was certainly the case in December, 1911 when, according to the city-produced publication Municipal Facts, a whopping 1,353 Denverites found themselves cuffed and behind bars for one reason or another (The population of Denver in 1910 was just 213,851, according to the US Census Bureau).

As is so often the case, Municipal Facts provides a host of ancillary information about Denver residents who ran afoul of the law. For starters, only 203 of these folks were married. Did married people commit fewer crimes in Denver during that time? Or were police more likely to let a married man off with a warning when he committed a crime? That's something we'll never know.

Another statistic that stands out to the modern eye is the fact that only 90 of these folks were what the City of Denver referred to as, "Colored." Again, without significant research it's tough to draw conclusions here, but questions certainly pop up. Did Denver's non-white residents keep to themselves in neighborhoods that weren't heavily patrolled by the DPD? Did police officers of the day administer "on-the-spot" justice to non-white residents without bothering to arrest them? Did they simply commit fewer crimes than their "white" counterparts? This is an area that is fertile ground for researchers.

One thing we do know about the people who were arrested in December, 1911 is their occupations. On the attached spreadsheet, you'll see the occupation of every person arrested, which definitely raises a few more questions. Even a distracted reader can't help but notice that people working white collar occupations were not finding themselves arrested as much as their blue collar peers. Did white collar workers stay off the streets and, therefore, out of trouble? Did they hang out in areas that weren't patrolled by the police? Only a rigorous study of a wide range of factors could even come close to answering these questions.

A somewhat less puzzling statistic is the number of laborers (517) and "no occupation" (425) Denver residents who found themselves behind bars. Collectively, these two groups represent 69 percent of all the arrests. Municipal Facts does note that December 1911 was a very cold month and many of Denver's homeless men, "...applied for lodging at the city jail." Given their relatively low social status at the time (regardless of the importance of the work they performed) these groups would have almost certainly garnered extra attention from law enforcement.

Also, given the presence of large brickyards, rail yards, smelters and other heavy industries in Denver at the time, laborers would have represented a large percentage of the adult male population. Flash forward a generation or two and it seems likely that laborers accounted for a smaller percentage of Denver's population.

As always, Denver Municipal Facts gives us a fascinating look at Denver's past, as expressed through an official city publication. This publication is an absolute gold mine for any researcher looking to find out what life was like in the city during that era.