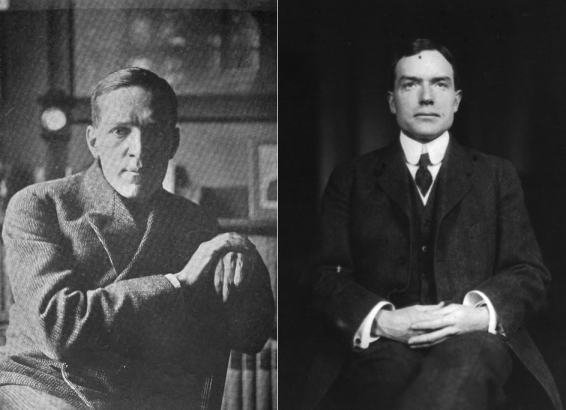 While doing research for a children's biography on John R. Lawson and a mini-exhibit for the 105th anniversary of the Ludlow Massacre, we came across a fascinating bit of history. Priscilla Long, author of Where the Sun Never Shines: A History of America's Bloody Coal Industry, donated the research she did for that book to our department. Her research included a great deal of John D. Rockefeller, Jr.'s correspondence found in the Rockefeller Family Archives. Included in the correspondence was an extremely pointed and articulate letter excoriating the oil baron which had been written by Upton Sinclair, author of the classic exposé on the turn-of-the-century meat packing industry, The Jungle. 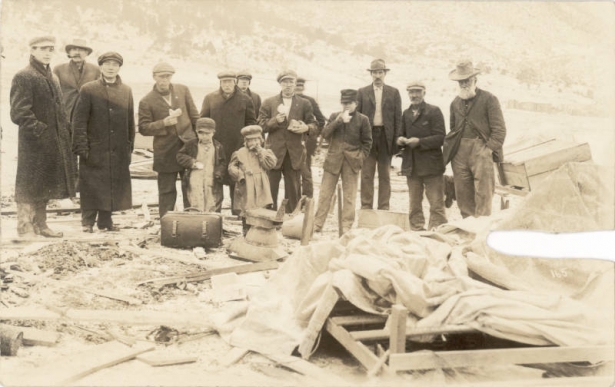 While Sinclair's most popular work was focused on the meat-packing industry, he also took on the peddlers of yellow journalism and injustice within the coal, oil and auto industries. The brutal suppression of miners by hired guns like the Pinkerton and Baldwin-Felts agencies certainly brought men like Rockefeller squarely into Sinclair's sights. While brutality had already been witnessed in other strikes in West Virginia and Colorado, what happened at Ludlow crystallized the stakes of the labor struggle in many minds. The gunmen hired by Colorado Fuel & Iron, a company run by Rockefeller, Jr., had been driving around in a custom armored vehicle and sniping people from a distance for some time before the massacre.

Their victims even included a local ranch hand, murdered while working out in the field. On the morning of April 20, 1914, a few National Guardsmen (the Colorado National Guard had been working largely on behalf of the mine owners) took away Ludlow camp leader, Louis Tikas. Karl Linderfelt set off multiple explosives, which initiated fighting between strikers and the company's army. The latter ended up firing machine guns into the camp and setting fire to the tents even though many women and children had taken refuge in cellars beneath the tents. By the end of the day, Linderfelt had broken a rifle over the head of Tikas and ordered Tikas and his friends to be executed on the spot. On that day, 25 people were killed, including 11 children and four women who suffocated in a cellar beneath burning floorboards. 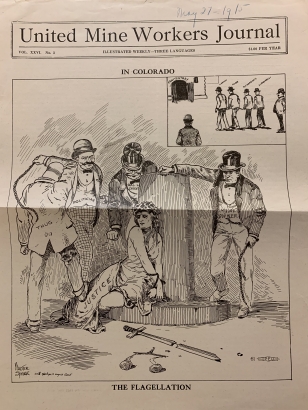 As one might imagine, this caused a public relations headache for Rockefeller, Jr., Of course, he did what any good oligarch would and threw money at the problem. Rockefeller, Jr. hired a former muckraker named Ivy Ledbetter Lee. The handling of the crisis was considered by many to be the beginning of corporate PR management. After presumably wiping the blood off his lapels, Rockefeller, Jr. announced that he had seen the error of his ways and endured photo ops, which included dancing with the wives of miners. Sinclair would never be moved by such moral sleights of hand and sent a letter to Rockefeller calling him out on his business and personal life practices. Sinclair wrote:

I came from Colorado, where you make your money, to Tarrytown, where you spend it; and I found coincidences and resemblances so extraordinary that it seems to me impossible that you would not be interested to have them pointed out to you.

Sinclair went on to describe how, in both places, Rockefeller, Jr., had large tracts of land with signs marked "private," armed guards, searchlights and even machine gun nests. For Sinclair, the author of King Coal (a book that would be published a couple of years later), this was just a warm-up for more serious indictments. Sinclair revealed how Colorado Governor Elias Ammons approached the president of Rockefeller's Colorado Fuel & Iron Company to get his nomination. Sinclair asserted that, likewise, local Tarrytown officials were so deep in Rockefeller's pocket that people were arrested for speaking out upon the plight of miners. The village president of North Tarrytown even refused to allow Sinclair to speak publicly unless ordered by the courts. Sinclair's condemnation is both articulate and unequivocal.

Sinclair closed the letter by throwing a bit of classic early twentieth-century shade by suggesting Rockefeller attend his next speaking engagement so he could hear from the author directly. While the specifics of the letter are particular to an older point in our history, the substance is surprisingly evergreen.

Please, stop by and visit us in Western History & Genealogy and ask to have a look at this fascinating bit of history. You can also view the letter here. Thanks also to our friends at the Rockefeller Family Archive.

I found this very interesting and enlightening. I was not aware of the Ludlow event before I read this article.

Excellent find. Thanks for bringing this letter by Upton Sinclair to my attention. His words are still so relevant.

I'm so glad you enjoyed the post. Feel free to check out our wide array of blog posts on everything from aliens to snow plows.

I'm visiting Colorado and while I knew about Pinkertons, Baldwin-Felts and the suppression of the miners I didn't know about Sinclair's contact with Rockefeller. This is such a well written informative article, thanks so much. And yes it is still very much evergreen - Government of the People, by the Rascals, for the Rich.

Thanks very much. If you find yourself in the library, feel free to stop by and have a look at the letter itself.