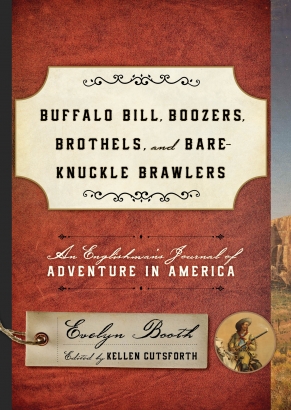 In October 1884, during the halcyon days of America’s Gilded Age, a wealthy young Englishman named Evelyn Booth ventured to the States to sample all that the burgeoning country had to offer.

As the young sportsman traveled from New York to Chicago to Arkansas and finally to New Orleans, he tumbled into his greatest adventure—a shooting match with Buffalo Bill Cody before a crowd of 3,000 spectators. Although he failed to bag a shooting trophy, the chance encounter with the king of American showmen gave Booth an opportunity to partner in one of the most profitable and renowned Western enterprises ever, Buffalo Bill’s Wild West Show.

Booth would go on to record all of these experiences, and much more, in an exciting travel journal that eventually found its way into the possession of the Denver Public Library. Purchased in 1972, the journal had sat unnoticed on a shelf in the catacombs of the Western History/Genealogy (WH/G) Department’s manuscript archives for nearly forty years when Cutsforth, a DPL archives selection assistant, discovered it.

After unearthing the journal, Cutsforth began transcribing its contents. Enthralled by what he found, he spent copious amounts of time researching the journal’s contents and corroborating the stories told within its pages. After several years of research, Cutsforth has brought the journal to life in his new book Buffalo Bill, Boozers, Brothels, and Bare Knuckle Brawlers: An Englishman’s Journal of Adventure in America. 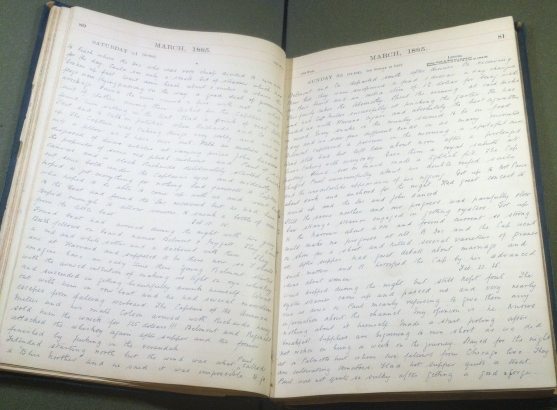 The book weaves a factual, enthralling and entertaining narrative that follows Booth’s escapades through late 19th-century America. Transcribed and edited (with relevant commentary for contemporary audiences) by Cutsforth, Booth’s journal unveils his time as a carefree young “bro” with unlimited funds and gives first-hand accounts of drunken nights; fist fights; illicit sex with prostitutes; and a variety of sporting events.

Booth's adventures included run-ins with some of the best-known celebrities of the day, including the world famous scout and showman, William Frederick "Buffalo Bill" Cody and his Wild West Cowboys.

Join author Kellen Cutsforth from 12 - 1 p.m. on Tuesday, November 17 in the 5th Floor Gallery of the Central Library as he signs copies of his new book. While you’re there, check out what else the amazing Western History and Genealogy Department has to offer. Perhaps you’ll stumble upon an incredible gem, like this journal, that is just waiting to be discovered!