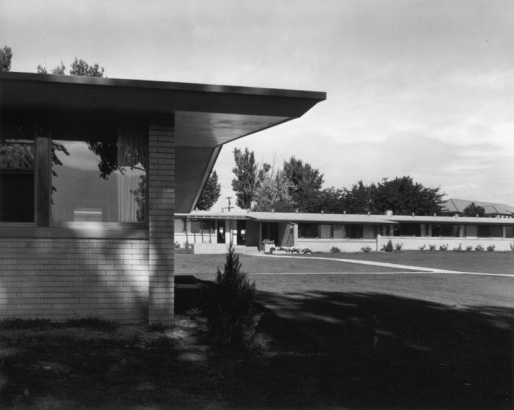 When I was a teenager in Colorado there existed an abandoned building in Arvada. The site was the former home of the Colorado State Home and Training School, also known as Ridge Home; also known as the Home for Mental Defectives; and naturally kids shared stories of the haunted "insane asylum."

I initially started this blog with the intention of playing up spooky stories in time for Halloween, but what I found was that the true history of the old Ridge Home is much darker than most ghost stories. Using the Western History subject index newspaper index and clipping files I found a history of articles detailing the complicated history of the institution. 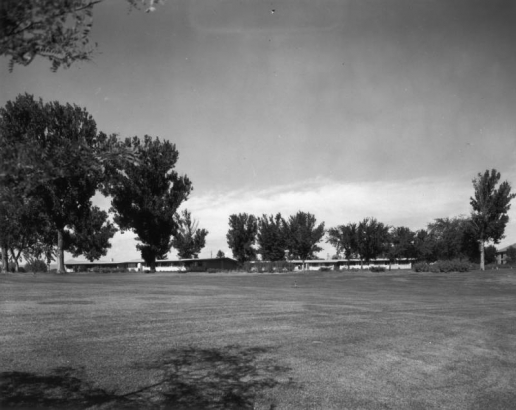 Article after article outlined the problems Ridge Home had over the decades it was open.

A 1988 newspaper article reports constant breaks-ins by thrill-seeking teenagers and homeless people looking to get warm.

Having been abruptly abandoned due to funding cuts the building was still filled with beds, equipment, and toys in the years following its closure. Walls were covered with graffiti tags and asbestos was leaking from torn steam pipes. 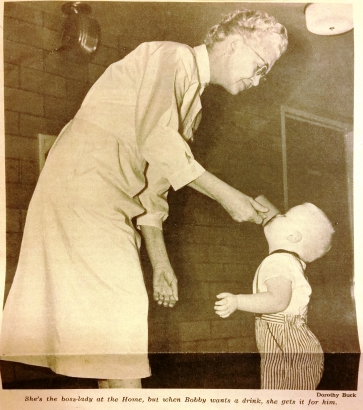 Not every story of the home was focused on financial trouble and abuse charges, over its long history there were also plenty of caring staff and administrators.

A Denver Post article from 1959 reported that the 670 children in the institution called the superintendent, Edith Raftery, mom. The paper also mentioned the high quality care she was known for dispensing and that she hadn't taken a vacation from the home in over 17 years. In June 1955 a graduation ceremony held at the home for five residents who received their high school diplomas.

The majority of the problems over the years at the Ridge Home consistently pointed back to inadequate funding that kept it from addressing its myriad of problems.

Whether the rumors of the abandoned center being haunted are true or not, it's checkered past is certainly haunting. The building no longer stands and is now the site of a large chain store, but its history can be reviewed via Western History and Genealogy's reference resources.

I have visited "Training Schools", sometimes with other names, in Ireland and elsewhere.
Many of them have a "dark history", as well. Sorry to hear of this in Colorado. Always good to shed some light on this. Thanks.

Interesting article. I am wondering if you discovered any entries about lawsuits filed in the 1970s about the conditions at Ridge. I am doing research on the deinstitutionalization of people living in large asylums, with a special interest in civil rights cases designed to improve conditions and sometimes close them. Thanks for your help.

Actually, part of the buildings do still stand and are abandoned.

Do the buildings still stand

In 1964, I went to Ridge Home on a field trip, I saw the things that are written about in the stories that I've been reading. Our class of about 15, went thru the entire place, starting with the jailed violent patients, we walked thru their cell area, they were locked up and kept yelling at us as we walked thru, we went to another building where we saw people milling around, talking to themselves, people were staring for hours without moving, women were just sitting there staring, some had had their periods, and blood was all over their dresses, we went into the crib room, where there were adults in their 60's, about 4" tall and in diapers and in cribs, I saw children with heads twice the size as ours in cribs, they couldn't sit up, they were called crib cases, i saw the people who were born with no limbs, people who had extra limbs, every kind of mutant you could imagine in your wildest dream, or nightmare. I met a woman who was there forever, she was very wealthy from inheritance but was insane, never to enjoy her money, I saw all types of what we called the mentally insane, something i will never forget, we started at the worst, then worked our way up to the rehab area, supposedly, as you went thru rehab stages, you eventually ended up in the solo living area, on your way to being released into the public. I often what ever happened to these poor souls. This is just one of many of these facilities in the world, they are all closed or kept from the publics eye's, but these inmates do exist, many of them, with defects beyond your imagination, they are not to be ignored, our feared, they were born that way, I will never forget that experience.

Thank you so very much for sharing!! Now I understand alot more of what is said to be going on. Unfortunately, there are alot of lost and angry spirits. Guess I would be too if I was left to be looked at like I was from another planet. My heart goes out to the innocent souls

I also visited Ridge in the 70's, and saw the things you saw. Thalidamide babies haunted me! I will never forget either!

my girlfriend at the time (my wife now) and I worked there in 1967-1968. We were called retardation technician trainee's, at the bottom of the chain. We will never forget the privilege of working with the residents, (of all ages infant to geriatric) we visited on our days off, met family members, became invested and involved with their families. The most rewarding effort of our lives, times and approach have changed but the Ridge Home we knew, and the staff we worked with did the best job we could with love and compassion, no darkness