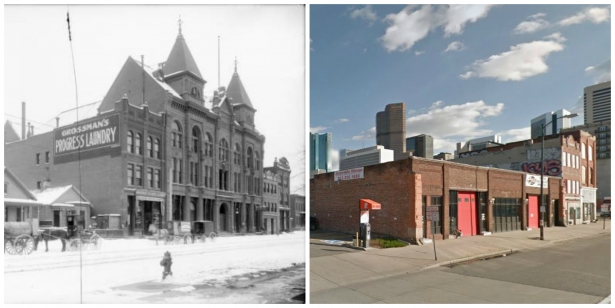 The Turnverein is a German-American social and athletic association based on the ideas of German educator, Friedrich Ludwig Jahn.

On Saturday, April 18, 2015, the Denver Turnverein will be celebrating the 150th anniversary of the organization’s founding at the club’s current building located at 1570 Clarkson Street, Denver. This building, formerly known as the Coronado Club, has housed the organization since 1922. 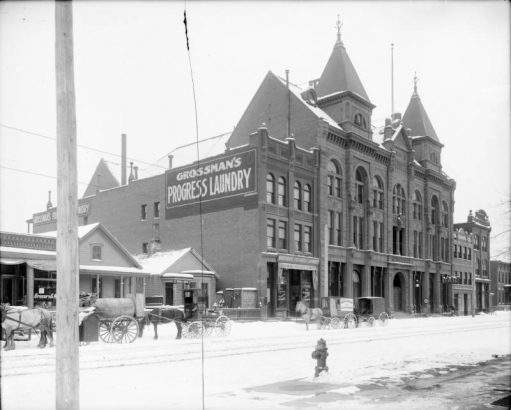 Starting with the organization’s founding in 1865, the Denver Turnverein occupied a number of different locations in lower downtown. By 1890, they had moved to a larger and more luxurious building between 21st and 22nd streets at about 2140-2148 Arapahoe Street.

This building, known as a “Turnhalle,” was designed by the architectural firm of Schulz & Niere and built by the John Mouat Lumber Company. The foundation stone was set on July 20, 1889, and construction of the $75,000 building was completed in June of the following year, with three days of celebrations commencing on June 28, 1890.

The four-story structure occupied four city lots, had 100 feet of frontage on Arapahoe Street and was 125 feet deep. Built of brick with a brown sandstone façade, iron columns, and heavy plate glass windows, it was one of the largest Turnhalles in America for that time. A large bust of Friedrich Ludwig Jahn was placed prominently on the third floor façade above the main entrance. The well-appointed structure provided a number of amenities for its members: gymnasium, dressing rooms, bowling alley, fencing room, dining room, kitchen, meeting rooms, ball and theater hall, stage, club room, lodge room, and manager’s room. 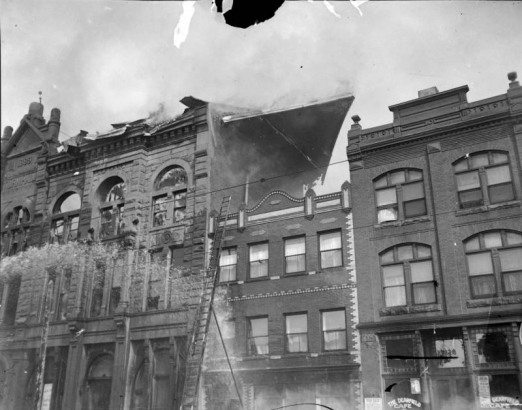 The Denver Turnverein operated successfully at this location until the dawn of WWI. Anti-German sentiments of that era caused a drop in club membership that led to a bank foreclosure on an unpaid mortgage of $18,000 in 1916. In 1920, the building burned. 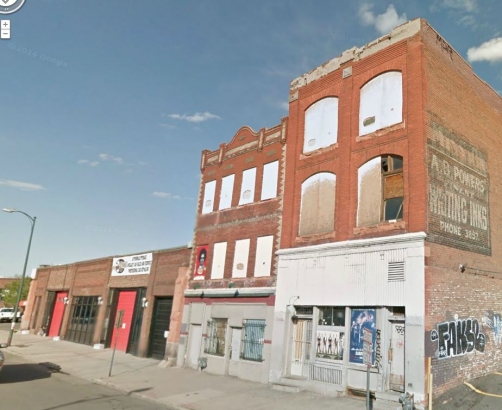 Today, surprisingly enough, remnants of the original structure’s ground floor still exist - more than 95 years after its destruction. After the fire, portions of the original exterior walls were re-used for a parking garage.

Currently, the building holds Soneff’s Master Garage, Inc. While most of the remaining facade has been altered or disappeared over time, portions of the original attached sandstone columns found on both ends of the facade are still in place. They and the cornerstone are all that remain of the once famous cultural institution after more than 125 years. 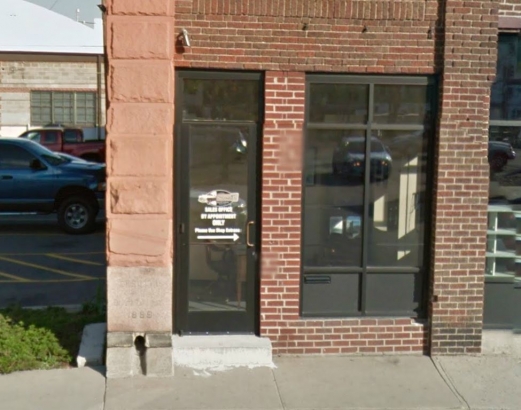 Nice sleuthing. Not an immediately obvious remnant but the cornerstone seals the deal. I assume the 150th anniversary prompted this research? Were architects Schultz and Niele from back East and did they design more Turnhalles? I've not run across their names in connection with other Denver buildings. Curiously, I also have never come across a historic postcard of the Denver Turnhalle.

Thank you so much for reading, Mr. Simmons!