All virtual and on-site services will be unavailable on on Monday, January 18 in observance of the Martin Luther King, Jr. Day holiday. More information… 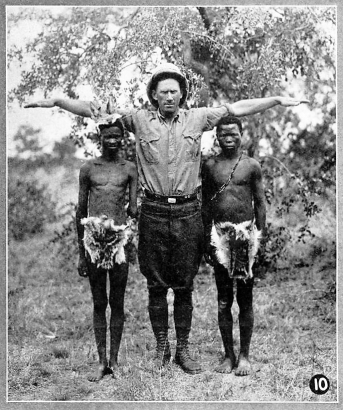 In 1925 Denver, Benjamin Stapleton was mayor, KKK power was at its peak and a group of “Denver men” with prominent Denver benefactors traveled to “Darkest Africa” in search of its people. They intended to both document the “the real missing link between humanity and the lower animals” and bring back a pair of living “specimens” for further scientific study.

The Denver-African Expedition, as it came to be called, was the vision of Dr. C. Ernest Cadle, a graduate of Iliff Theology School and University of Denver. By the end of the expedition, he was acclaimed as an “internationally known scientist” (Denver Post) and then “rare picturesque genius” (Denver Municipal Facts), though his only relevant expertise was having been born in South Africa. With him, he took Dr. Grant John, a physician, and Paul L. Hoefler, a Denver Post photographer.

The expedition was part scientific exploration and part promotional exploit, with regular installments of information sent back to the Denver Post as the men traveled through the African wilds. Due to the long travel distances, the Denver-African Expedition lasted nearly a year, from July 1925 through April 1926, but spent just a few autumn months in the Kalahari desert. 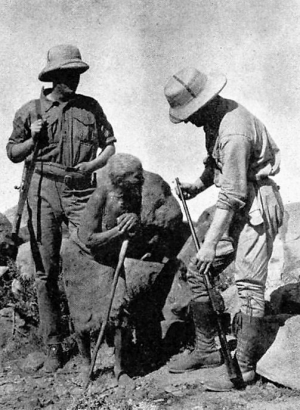 Putting Denver on the Map

Upon its return, the Denver-African Expedition was immediately hailed as a great success. The Denver Post, which had already invested many column inches into detailing and supporting the expedition’s progress, announced it as having found “the first real scientific knowledge ever gained of the primitive Bushman.” (April 25, 1926)

Denver’s Municipal Facts for January-February 1927 devoted six full pages to Cadle’s personal memories of the trip, plus a two-page photo spread and introductory pages championing the trip’s “scientific significance and value to the city.” Indeed, Cadle’s accounts and his promotional work made the Denver-African Expedition more well known. The London Illustrated News included a spread devoted to the expedition and Cadle’s accounts also made their way to Asia Magazine (“The American Magazine on the Orient”) and The New York Times. The praise and promotion was, at the very least, successful enough to generate interest in another, larger expedition from 1928-1929, which yielded the 1930 film Africa Speaks!. Municipal Facts writer Edith Sampson declared, "Perhaps no single endeavor has added more to the glory of Denver than the Denver-African expedition."

Yet, time has told a different story. Even as the Denver-African Expedition has been largely forgotten by this city, this city's 1920s character shaped the results of the expedition and how it should be remembered. 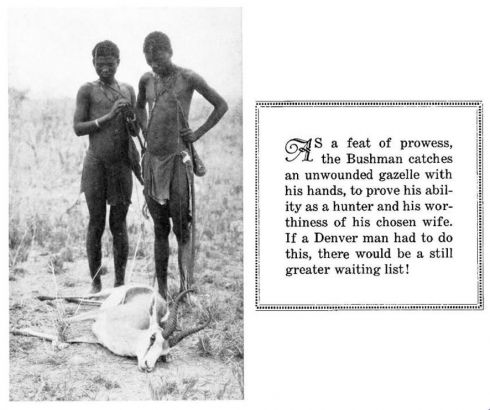 In many ways, Hoefler and Cadle approached the people of the Kalahari with almost the same mentality as legendary photographer Edward S. Curtis had approached Native Americans. They manipulated perceptions and posed shots, even mimicking his terminology:

Two hundred years ago they were numbered by the million; today, a begarly few thousand survived…they were already a vanished race as far as the Cape Province was concerned.

Yet the rhetoric of the expedition was often more patronizing and adopted a pseudo-scientific racism that fit the Denver from which it departed. In fact, as the entire expedition was predicated on a search for the “true missing link between the highest anthropoid ape and the highest type of manhood,” it is only surprising how far their rhetoric went. The native people were regularly referred to as the “most primitive of all humans” or a “half animal [with a] physiological structure...much like that of [a] monkey.” (Denver Post) The expedition went in with this conception of primitive half-human and, predictably, came out with results and photographs that confirmed just that. The noble savage is still a savage, after all.

It is worth remembering that this was the Ku Klux Klan's Denver. People of African descent had been a part of Denver’s population since the city’s infancy, yet they were often excluded from the city’s general activities. In 1920, over 6,000 African-Americans lived in Denver, but the surge of the KKK during that decade also helped to keep them even more out of view. Restrictive residential covenants and rental restrictions meant that people of African descent rarely found places to live outside of the Five Points Neighborhood, effectively keeping them separate from the largely white middle-class populace targeted by the Denver-African Expedition's promotion. In such an environment, this sort of “othering” could have far-flung results. 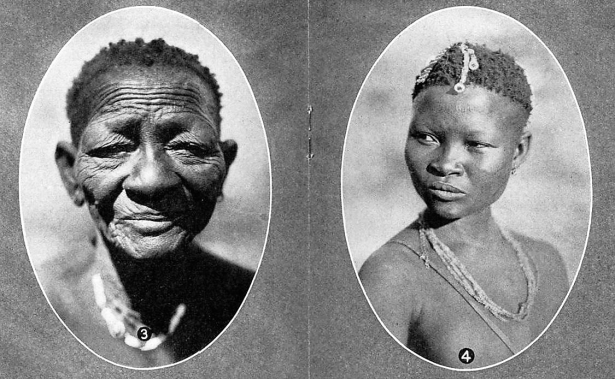 Yet there may be a glimmer of hope in the sad story of the Denver-African Expedition.

While the rhetoric that came out of the expedition was almost overwhelmingly racist, the photographs took a different tack. As anthropologist Robert J. Gordon argues in his 1997 study of the expedition's photographs, Picturing Bushmen, "the Denver expedition was the first attempt on a large scale to present a systematically romanticized image of bushmen." Thus, "When, later, photographers did focus on people, it was on people as ethnic group, preferably the most exotic and pristine primitive," rather than as simply impoverished. This effectively reshaped the way that the African natives were seen, in much the same way that Edward Curtis shaped the way Native Americans were seen. Like in the case of Curtis's images, the effects on those depicted were mixed and complicated. As anthropologist Robert Gordon wrote, Hoefler’s photographs quickly found their way into textbooks and international imagery, as “its portrayal of bushmen as pristine permeated much of Western consciousness.”

We can also see hope in the knowledge that the winds were starting to change in Denver, even before the expedition had returned from Africa. The Klan’s power in Colorado peaked in 1925, and was on the way down by 1926, fueled by scandals and declining membership. Similarly, after his lecture tours, Cadle appears to have faded into obscurity; though Hoefler went on to make "edutainment" in Hollywood. Some of his works helped people in classrooms "visit" American landmarks such as Yosemite, while others were used as propaganda for the apartheid regime in South Africa. The path of history is not always straight and does not always bend toward good. Perhaps it is best that the Denver-African Expedition was not the city-defining discovery that it was promoted to be, even as we recognize how it was shaped by and shaped Denver even more than it shaped the African continent.

I take your point, Sarah. There's room for a lot more discussion, but Curtis is a political football and the game is long! Bottom line is that I appreciate your response and the good work you all do at Western History.