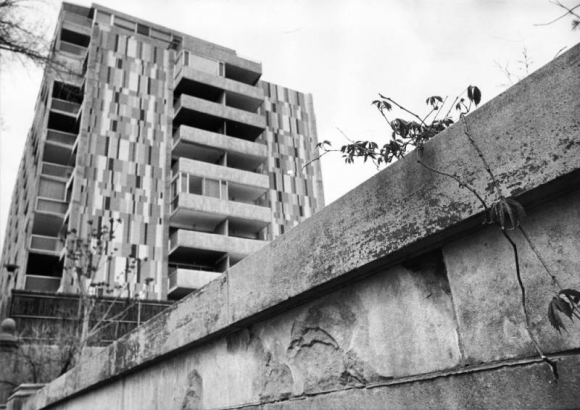 Every week, the Denver Public Library's Western History & Genealogy Department plays host to a wide variety of researchers. In a given week, we'll see everyone from an established national author working on his or her next big work to a class of 4th graders to local history buffs like Judith Stalnaker.

Stalnaker is the author of a wonderfully thorough, self-published history of her home titled, 888 Logan Street: Home to the Prominent. Her book is a great example of how anyone can use WH&G's vast resources to create unique, useful works.

The genesis of 888 Logan Street lies in the swirl of rumors Stalnaker and other building residents had heard, but never confirmed, over the years. Of particular interest was an oft-repeated tale that Joseph E. Bona, the Olinger Mortuary mortician who embalmed Buffalo Bill, had lived in the elegant building.

Using resources like Denver City Directories and microfilms of the Rocky Mountain News and Denver Post, Stalnaker not only confirmed Bona's residency at 888 Logan, she also learned a whole lot more about the prominent caretaker of Denver's deceased.

Of course, Bona was not the only Mile-High big shot to call 888 Logan home and, given the building's reputation at the time, that's not all that surprising. 888 Logan is a unique-looking building, and its history is no less unique.

After all, this is the same building the Denver Post once called, "...the most luxurious apartment house ever built in Denver." So, what qualified a building to earn that distinction in 1959? How about an indoor swimming pool; a stately lobby with its own fountain and reflecting pool; and, of course, individually-controlled air conditioning for each unit in the building? (Not too shabby, 888 Logan!)

Though Stalnaker's book isn't available in bookstores, it will be used by researchers for years to come. This work serves as a great example of how dedicated researchers and historians can make valuable contributions to the historical record if they're willing to put in the work. Ask a librarian how to get started!

Would you like to learn about the history of your house? Start by taking a look at our Building History Tutorial and follow up with a visit to the Western History & Genealogy Department on Level 5 of the Central Library.