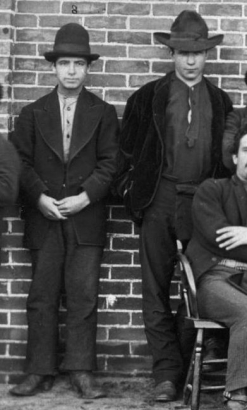 Three months ago, we shared with you the tale of the infamous "Italian Murders" in Denver. With that completed, I assumed that would be the end of the 140-year-old story, but serendipity can be a playful muse. We recently discovered our clipping files related to Denver's ghosts and haunted houses missing and October is not the best time of year to find ourselves short in the spook department.

I undertook a reconstruction of said files, digging through a century and a half of newspapers converted to microfilm. There were the usual ghostly cowboys and spectral ladies, but one story in particular jumped off the page and brought back that tale of a perverse murder in the dusty, pitiless corners of early Denver. 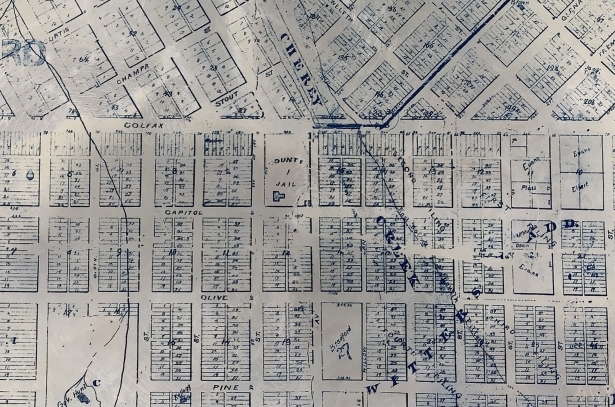 In 1876, Denver's more hardened criminals were often housed at the county jail, which stood near the point where Cherry Creek met Colfax Avenue. At the time, frontier incarceration was a terror all its own. The previous county jail, which stood on Larimer between 14th and 15th Avenues, was so horrific that on December 13, 1871, the Rocky Mountain News issued a warning to prisoners after two fell through rotted floorboards and escaped. The paper referred to this institution as "the rotten black hole of Larimer Street."

John Arrata and Leonardo Allessandri, two young members of the murderous Gallotti Gang who had been sentenced to 10 years, had surely hoped their accommodations at the newer Colfax facility would be more welcoming. Alas, the supernatural terror they experienced would far outweigh that of walking about on crumbling timbers. On March 15, 1876, the entire population of the county jail was thrown into disarray as many awoke to the visceral screams of Arratta and Allessandri. More than simple night terrors, the Denver Daily Times described the sound as "the most fearful unearthly shrieking that the human voice is capable of uttering." 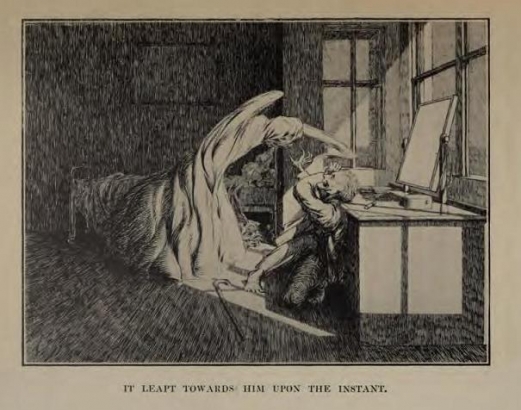 Arrata claimed he had been suffering from insomnia that evening when he heard four knocks on the floor of the cell. A man hovering upon invisible legs, with stars for eyes, displayed to Arrata his open throat which had been cut from ear to ear. It was then that Arrata screeched his unearthly howl and awakened some 40 other inmates, not least of which included his cellmate, Leonardo Allessandri.

Allessandri awoke immediately and saw the same ghastly visage, which reached out toward him and Arrata with "arms as long as fence rails." The vengeful spirit then scratched the inmates' heads and noses and began to reach for their throats. It was then that the strange visage disappeared, leaving the two screaming men alone in their cell.

When Sheriff D.J. Cook arrived, both men had their heads buried beneath their blankets and were begging for someone to come into their room. It was some time before the Sheriff could convince Allessandri to get up and light the candle so that the Sheriff could safely open the cell. According to the Daily Times, this was not the first appearance of this terrifying creature. One Julius Frankl, presumably another inmate, said he had witnessed the same ghost a few weeks earlier on the night that inmate Julia Murray had committed suicide. According to the county coroner's report, Julia had broken her own neck via hanging; a violent death that requires a bit more force than simply kicking over a stool.

Sadly, we will likely never know the relationship between Frankl and the other convicts or with Ms. Murray. We will likely never know why Murray took her own life or what, if any, connection her death had with the vengeful ghost. All we can say for sure was that the dark recesses of a 19th century city contained many secrets and many terrors. Still, more may remain forever obscured by the veil of history.

Thanks this was a great piece. We appreciate your research and writing.

Thanks for reading our content. I'm just lucky to be immersed in such amazing resources.

So interesting - and chilling! Thank you for this piece of history!

Thanks and keep checking back. We have more spooky stories coming to the blog this month.

I appreciate your work on the murders and the aftermath. I will add your new information to my upcoming book Urban Pioneers which details the evolution of immigrant communities in North Denver/Highland/the Northside and in Globeville. My time frame is 1858-the present.
I especially appreciate the pictures of Arrata and Allesandri.

Excellent! Feel free to look me up on the 5th floor sometime. I'm sure we have a ton of great materials that would fit with your book.

Hi Rebecca:
When do you think your book will be available for purchase? My maternal Grandmother’s Family (Ciancio) played a role in Welby, Swansea, Globeville, and Adams County.

Hi, I came across this article while compiling information for a series in development. I myself am a direct descendant of the Lake County Nachtrieb Family. I thought I would add to your narrative regarding the obscure Julia Murray. I don't know much about her, however, it was reported at the time, she committed suicide by hanging in which her neck was found "not" broken. She had used a bed cord and died of asphyxiation. It was said she was in jail for several months for passing a counterfeit $20 bill. She suffered from syphilis and was being treated in jail. It is suspected she ended her life to end her suffering from the disease. Cheers

What a great reminder of the gift that is penicillin. It would not surprise me if the coroner was incorrect. Horan was, after all, a mortician rather than a modern forensic pathologist. Feel free to contact me about your series. I'd love to hear more about it and your research.