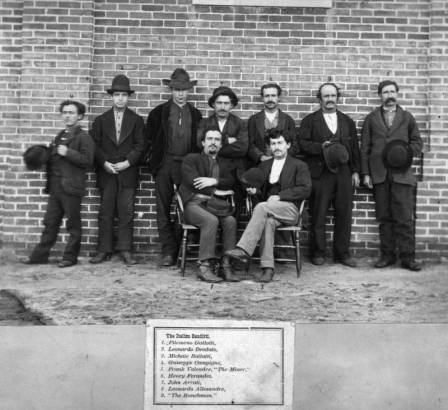 I trust it won't be considered controversial to inform you that most cities of the Old West did not provide a pleasant experience for most people living there. While near-daily gunfights in the street were mostly fiction, the constant parade of transients, con-men, pimps and thugs as well as an overall reek of desperation were quite the norm. As such, many of these desperate characters would band together into gangs. Most never reached the levels of fame afforded The Regulators, the James-Younger Gang or the Soap Gang, but ruthlessness and brutality were not reserved for the most notorious.

The group we are about to cover never ranged far nor had lofty goals. Because of the racial politics of the day, they weren't even afforded a catchy name and were, instead, simply referred to as the "Italian Banditti" or the "Italian Butchers". The ringleader of this outfit was one Filomeno Gallotti, though the Rocky Mountain News lists his real name as Giovanni Conti. He assembled a crew of roughly eight men.

One of the crew, Leonardo Allesandre was a mere boy of 16. During the trial we will be discussing shortly, it was suggested that it was common practice at the time for criminals to recruit young boys newly arrived from Europe. Obviously, exploitation of the weak by violent men was not a Western innovation, but it certainly figured largely in the frontier experience.

In October 1875, Gallotti began eyeing the small tenement house at 634 Lawrence Street. According to the Colorado Daily Chieftain, it was occupied by Giuseppe Pecorra, along with his two sons Geovanni and Giuseppe and his nephew Luigi. Newspaper accounts suggest that the three boys were all musicians, and Gallotti suspected that Pecorra had been accumulating some wealth from the boys' labor. Certainly, an old man and three boys would be easy pickings for a gang of nine. 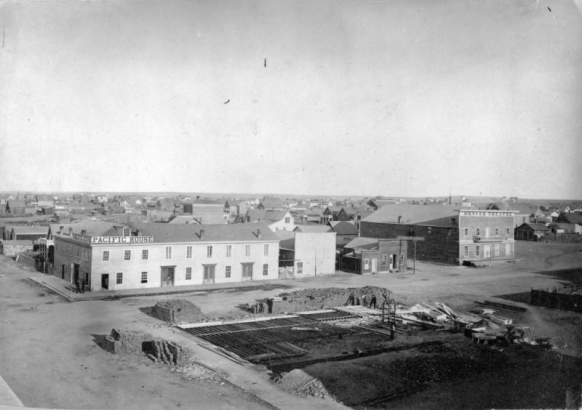 At around noon on October 15, 1875, Gallotti and his gang entered the home of Mr. Pecorra under the pretense of a card game. According to a young gang member, Leonardo Allesandre, five members of their party participated in the actual murder while he was forced to play the harp. With music playing, Gallotti slit Giuseppe Pecorra's throat from ear to ear. John Arrati then, according to his testimony, bent his knife on the skull of the "big boy" after which Michele Ballotti threw the "big boy" to the ground and held him as Gallotti cut his throat as well. Arrati also testified that all but he then scooped blood off the floor, drank it and licked it from their knives.

Gallotti and his crew left the bodies of the man and the oldest boy in the front room while they waited for the younger boys to return. At about one o'clock, the boys returned and their throats were cut in the kitchen. The gang then dragged all four bodies to the cellar and searched the bodies for valuables. They found about $1,000 dollars in greenbacks and gold pieces. They attempted to clean the blood from the floors, but found it too difficult to remove. Two dogs which belonged to Pecorra were then taken to North Denver near the Grand View Hotel where Ballotti killed them with a hatchet. 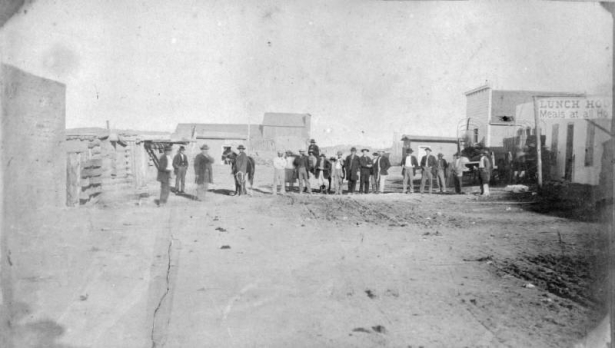 By October 22, the police had discovered the bodies due to neighbors' complaints about the smell. Lucky for the police, a local shoemaker named John Morris (one of the few African Americans in Denver at the time) was familiar with some of the killers and provided a lead. He had seen them both before and after the crime. Within days, Officers Frank Smith and R. Y. Force traced Michele Ballotti, Giuseppe Campigne and Leonardo Allesandre to a saloon in Trinidad. They had hopped a freight train to Pueblo the day after the murders and then took a wagon from Twenty-One Mile House to Trinidad soon after.

Officer Smith spoke briefly with two of the men in the saloon and quickly concluded that they had been involved in the murders. The Denver officers, with the aid of local law enforcement, then took the men into custody. A search revealed money that had been taken from their victims in Denver. It was also found that their undershirts had been washed, but were still covered in blood stains. As one can often see, brutality is seldom accompanied by genius. Allesandre knew there was no escape and proceeded to spill the beans. They were soon transported back to Denver and the remainig suspects were rounded up. 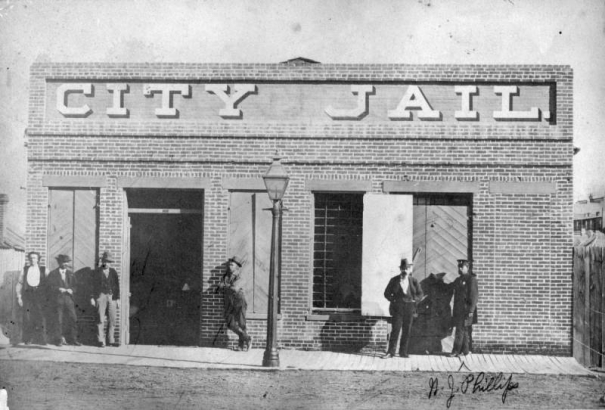 Detention did little to tamp down the swagger that some members of the gang projected. Gallotti bragged about the fact that he would die at the end of a rope and suggested that the boy who provided music for the crimes also swing.

If the boy, Allesandre, who played the harp while he and his accomplices were cutting throats, is spared the pain and disgrace of strangulation, there is no justice in this world.

Gallotti also had the sheriff put his tools up for sale in order to procure more fine cut and plug tobacco. Some of his accomplices were even less restrained in their displays of bravado. Using a pine stick, they reenacted the butchery of children. It's hard to imagine the reaction a defense attorney might have over such antics.

One of Gallotti's men, known as "The Ranchman" or "Joe", also turned state's evidence, so things were looking bad for them from the beginning. All were assigned counsel and court proceedings began on February 1, 1876. The docket included Campigne, Gallotti, Deodato, Ballotti, Allesandre, Fernandez and Valendere. The defendants did not fare well as even one of their own defense attorneys, Robert E. Foot, tried to argue that the climate of Italy was a natural solvent upon one's morality. Most of the crew ended up pleading guilty to escape execution.

Arrati and Allesandre turned state's evidence and received 10 years. Deodato was acquitted as an accessory. Gallotti, Ballotti and Valendere were sentenced to life imprisonment. The remainder were set free. After nearly 10 years in prison, Gallotti became ill and in 1883 became unable to even leave his bed. When it became clear that death was near, Governor Eaton issued a pardon as an act of mercy, though it was not perceived positively by the press. The Colorado Daily Chieftain pronounced them "the bloodiest band that ever went unhung." 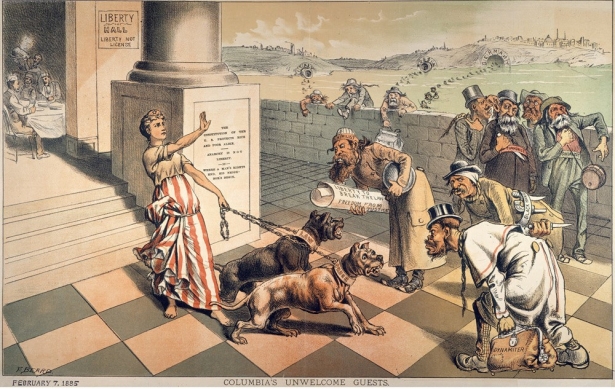 While these murders were truly shocking and committed by some horrifying characters, they also served the broad brush with which new immigrants from Italy, Ireland, Eastern Europe and the like were painted. By 1890, there were a mere 600 Italians in Denver, but they were widely demonized and often allowed only the most menial of jobs. There was even a lynching of an Italian during that decade, but that's a story for another day.

The "they aren't sending their best" rhetoric was still in full-swing in the early twentieth century and groups like the American Protective Association and the Ku Klux Klan gained power in places like Denver. Like with most groups, it took time, tenacity and a more developed public empathy to shake off the stereotypes and fear that festered for so long.

Thanks. As I recall the Italians as their attorney had Charles S. Thomas (later a Colorado governor and a U.S. Senator). By having them plead guilty to a judge without a jury trail, Thomas kept them from being executed because the law said only juries could sentence people to death. It was a brilliant legal move on Thomas' part.

Thanks for the info. I had not gone down the Thomas rabbit hole yet, but he certainly had an effective strategy.

Never forget the one child that got away and wasn't slain.

Do you have a source for that? Nothing I read mentioned it, but I would love to find out more about that child.

Email me at (deleted) and I will give you some information.

Giuseppe Pecorra's youngest son Frank got away. I wonder why this detail is never mentioned. They also changed the spelling of their name to Pecora.

Unfortunately, none of the articles I found mentioned a child that got away. I wonder if that was apocryphal. As for the spelling, you would be surprised how many different spelling various newspapers came up with for Italian names.