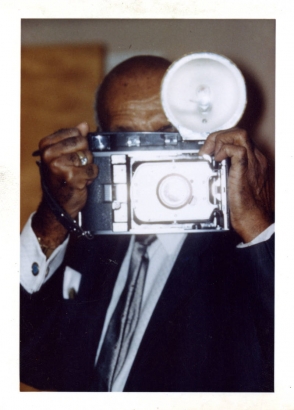 The Western History and Genealogy Department (WH and G) has a large collection of historic photographs, thousands of which have been digitized. Today, everyone can be a photographer without even needing to carry a camera with them. Technology on phones and other digital devices have made taking high-quality selfies simple. It's easy to forget that producing photographs was once a process that took a skilled expert, time and money. Since the invention of photography in 1839 until now, the processes have evolved and developed rapidly. While I was taking a history of photography course in college, I took a field trip to the Denver Public Library with my class, and was enamored with all of the examples of historic photographic processes found in the WH and G collection. Here, I'd like to present a quick overview of the photographic processes through history, almost all of which we have examples of in the WH and G vaults. 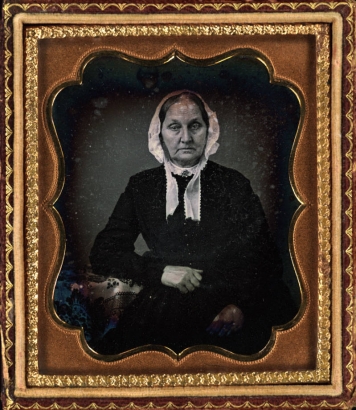 Example of Daguerreotype
[between 1840 and 1858]
Portrait of a woman

While the daguerreotype was the first publicly announced photographic process used in 1839, the date of the first actual photograph is debatable. In a daguerreotype, the image is formed directly on a silver-coated copper plate made light sensitive with a coating of iodine vapors. The image is made right on the plate, so there is no need for a negative. The image is mirrored so letters will appear backwards unless a special lens or prism is used to flip the image.

Salted paper or salt prints are the earliest photographic prints made on paper. The fibers of the paper are noticeable and can appear to be part of the image. Salt prints are usually sepia-toned and have a matte surface.

This is ​one of the few historic print types WH and G does not own an example of (but perhaps someone out there has one to donate?). Invented by William Henry Fox Talbot in 1841, the calotype is also known as the Talbotype. This process uses a paper negative to make a print with a softer, less sharp image than the daguerreotype. Because of Talbot's patent rights, relatively few calotypes were made in the United States. 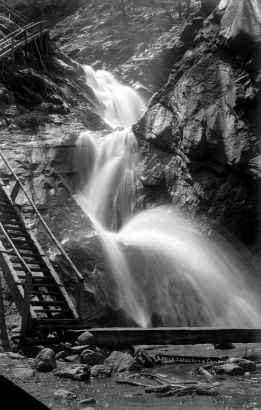 Albumen prints were the most common type of photographic print made during the nineteenth century. They are recognizable for their purplish-brown color and shiny surface which is the result of an egg white (albumen) coating.

​A direct-image photograph commonly associated with the daguerreotype, because it was often made in a similar size and kept in a case. The ambrotype is an underexposed collodion glass negative with dark material placed behind it. This causes the negative to appear as a positive image. It is duller and has less contrast than a daguerreotype. Unlike the daguerreotype, the image does not have a mirror-like surface. Ambrotypes were less expensive to make than daguerreotypes and therefore more readily available to the average person. 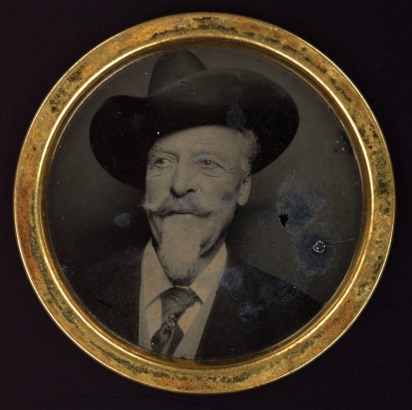 The tintype (also known as a Ferrotype, Melainotype and Melanograph) is similar to the daguerreotype and ambrotype since it is an image formed directly on a sheet of metal (a positive), and is sometimes found in a case. The sheet of metal serves the same function as the dark material used in ambrotypes to cause the image to appear positive. The image is reversed left-to-right. The tintype was a cheaper alternative to paper prints made from a negative; a reason why there are so many examples available today. Tintypes were often given as small gifts since they were affordable for the average person.

A Woodburytype is a photographic process formed by a layer of colored gelatin pressed upon a sheet of paper in a mold. The mold is photographically made from a negative and varies in its thickness according to the light and dark areas of the negative. When the colored gelatin is pressed against the paper, it takes the shape of these variations and forms the tonal gradation of the image. The color can be arbitrarily chosen, but is usually brown, like other nineteenth century photographs. This is a highly permanent process, but because of its technical complexities, it was soon superseded by other methods.

Carbon prints have a gelatin layer coated with light sensitive carbon pigment. The gelatin is exposed to a negative. The image is formed when portions of the pigment are washed away. This printing process could use any pigment, and carbon black was one of the first to be used. The prints can be any color, usually appearing blue-brown, similar to the albumen prints of the time. These prints are also usually richer and more intense than albumen prints. They were more popular in Europe than in America, and were often used for book illustrations and to reproduce artworks.

Popular in the late 19th century, this process used platinum and/or palladium salts instead of silver as the light sensitive material. These prints are characterized by their ability to reproduce a long scale of tonal values. The process was appreciated more for its aesthetic qualities, and became favored among art photographers. It is usually characterized by soft, gray tonalities, but it is possible to change the color of the print during development or by toning the finished print. 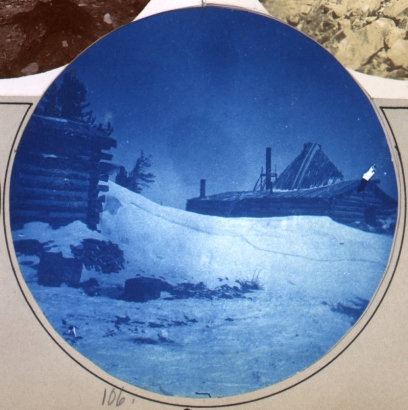 ​The cyanotype process uses light sensitive iron salts instead of silver on paper. The prints are characterized by their blue color, and are sometimes called blueprints. In photography, this low-cost, simple process was often used for making proofs instead of finished prints. The color can be chemically altered, but this is relatively rare. The images may fade when exposed to light, but some damage may be reversed by storing the image in the dark.

A photomechanical printing process, the print is made from a metal plate like an etching or engraving, using ink to form the image. A plate is made light sensitive, exposed to a negative, and then etched in acid. This term is also used to describe some commercial printing processes which utilize screens with a pattern of dots.

Gelatin silver printing is a general term for the most common process of making black and white photographs since the 1890s. A variety of photographic print papers were introduced in the 1880s. They included various developing out and printing out papers. Developing out prints are cool black and white images. Printing out prints usually have warm tones.

A non-silver printing method using paper coated with a solution of gum arabic containing potassium or ammonium bichromate to make it light sensitive,and a pigment to provide image tones. This process allows extensive physical manipulation of the image by the photographer, sometimes resulting in an image that looks more like a drawing or watercolor painting than a photograph. 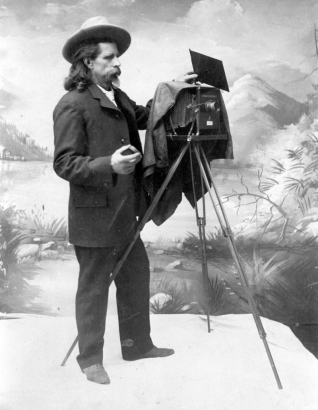 I gleaned most of the information in this list from The Library of Congress' website. The Denver Public Library also has many books on the history of photography. We also have several books on creating photographs using some of these historic processes. Senior Librarian, James Rogers wrote a research guide for using our photograph collection, and we have a detailed guide to 19th century processes written by William E. Leyshon. 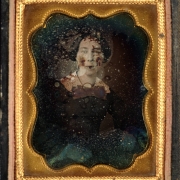 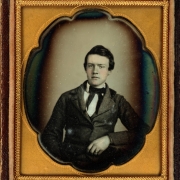 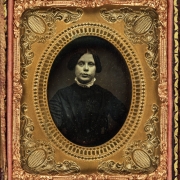 This is an excellent addition to our website's valuable tools. Thanks!