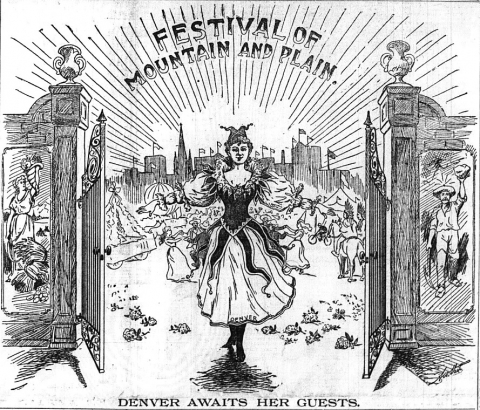 The Silver Crash of 1893 brought hard times to Colorado. The dropping silver prices caused investors to lose fortunes and put miners out of work. A drought around the same time caused agricultural distress, and limited food production. With growing numbers of unemployed citizens and a food shortage, railroads even offered discounted or free one-way tickets out of Denver for a while.

After several years of economic depression, Denver needed a boost in morale...and the economy. In 1895, Major S. Hooper, of the Denver and Rio Grande Railroad, posted in the Rocky Mountain News, suggesting that Denver have its own festival, like Mardi Gras. In late August, the Denver Chamber of Commerce met about the idea, a board and committees were appointed, and dates were set. Originally scheduled for October 22-24, the festival actually took place on October 16-18, 1895.

All of the planning for the festival was done in just six weeks' time. In addition to the work done by the board, which included William Byers, Robert Speer, and Adolph Zang, multiple committees and women's clubs took over portions of the event planning. An elite secret society, the Slaves of the Silver Serpent, was even established exclusively for the festival, where they would host an elaborate allegorical parade and ball on the final day. Mardi Gras planners were brought in from New Orleans to help, as well as costume designers and float builders.

The board originally used the name, Festival of Mountain and Plain, as a placeholder, and even held a contest to name the festival, but no other names felt quite right. The planners wanted this to be the first festival of its kind in the West, and wanted it to gain immediate national attention.

According to the 1895 Festival of Mountain and Plain souvenir booklet,

This display of material wealth is to have a setting of parades, pageants and other attractions, many of them wholly unique and others typically western in character. A half week of rare pleasure is planned in connection with the greater object of illustrating to the world Colorado's high standing as an agricultural, mineral and horticultural State. 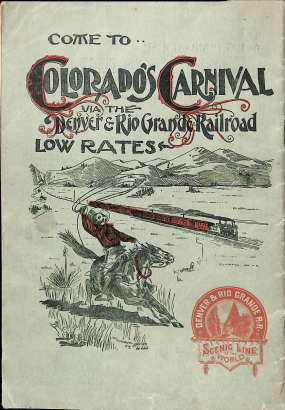 Newspapers across the state promoted this new festival, advertising not only the parades and attractions, like seeing guest of honor, pioneer scout, Jim Baker, but also special train fares and discounts at some of Denver's finest stores. Even without having all of the details in place, newspaper coverage began several weeks before the festival and was prolific, highlighting the building of the grandstand, the parade routes through downtown, the decorations of businesses and stores, and even the set up of City Park, where many soldiers and Native Americans were camping during the festival. 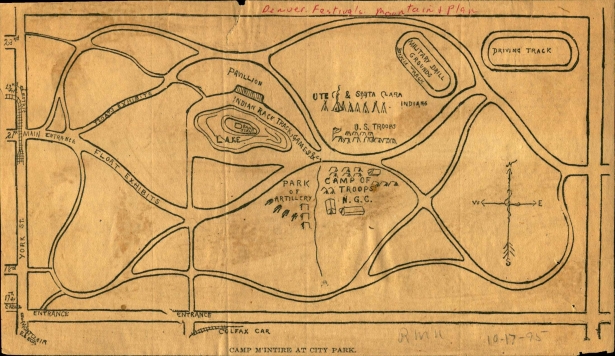 The festival was indeed a huge success. People came from all of the state and the region, with some reports of up to 150,000 attendees. In fact, some festival-goers had to stay in Denver a little longer than expected because the railroads could not keep up with the demand.

The parades were the highlight of the festivities, with over-the-top floats representing Colorado's history and resources. On the last night, the Slaves of the Silver Serpent (a nod to Colorado's silver mining) hosted their own parade and masquerade ball, where they named a king and queen, usually from a pool of Denver's most elite families. 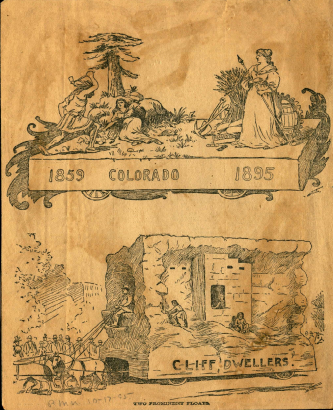 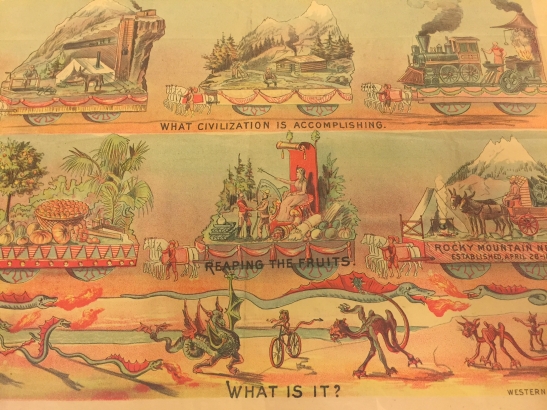 Despite its initial success, the Festival of Mountain and Plain only ran until 1902. It was brought back in 1912, but with high costs, and low attendance, Denver stopped putting it on. In 1983, the Denver Downtown Partnership hosted a new Festival of Mountain and Plain to commemorate the opening of the 16th Street Mall. A year later, they added the Taste of Colorado, which still occurs today.

For more on the history of the Festival of Mountain and Plain (and photos of those amazing floats), visit us or check out our Digital Collections and catalog.

It's a shame I can't alleviate all my financial woes just by throwing a hootenanny.

Unfortunately, it wasn't a great long-term solution, but it sure looked fun!