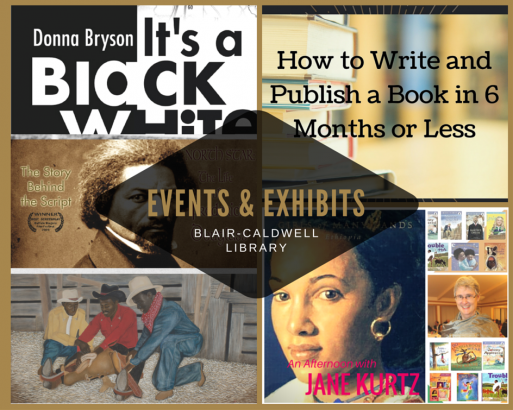 Exhibit: History, Heritage & Honor in the Essence of the West-Part 2
On Display April 1-26

Local artist Lesa R. Webb is back to display the second half of her Black American West series.

Local artist Lesa Rose Webb was born in Los Angeles, Calif. and graduated from Santa Barbara City College with an Associates in Art degree. She specializes in the production of high quality fine art paintings of people and cultures of color. She works in a variety of mediums, including oil, acrylic, and watercolor paints. Her bold and graphic depictions have also been rendered in pencil, charcoal, and pastel.

In 2008, the University of the Free State, South Africa, was thrust into the international spotlight when a racially charged video involving students and staff became public. Have South Africans changed in any significant way since 1994, or are black and white students and staff still constrained by racial stereotypes? This is the question American-born Donna Bryson asked herself when she went to investigate the tensions on the UFS campus. Her journey culminated in this literary analysis.

Bio:
Donna Bryson grew up in San Diego, where her first job in journalism was as an intern at the Union-Tribune. She went on to become a foreign correspondent for The Associated Press, which sent her to South Africa in 1993. She covered South Africa’s first all-race elections in 1994.

She is now a freelance journalist and writer, living in Denver with her husband and daughter.

The Story Behind the Script - North Star: The Life of Frederick Douglass
Saturday, April 16, 2:30 p.m.

North Star: The Life of Frederick Douglass depicts Douglass’ ascent to prominence in antebellum America, and his rise to one of the primary crusaders for the rights of all people in bondage. Beginning his journey as a fugitive slave, Douglass fights for his freedom, only to become an ideological fugitive in his prime.

His lofty principles and relentless determination changed the course of American history. North Star: The Life of Frederick Douglass is a historical film monument to Douglass, the Abolitionist movement and the battle against cursed slavery.

Bio:
Kerry Gleason is a prize-winning investigative journalist, sportswriter, public relations professional and screenwriter. His screenplay, North Star: The Life of Frederick Douglass, won honors as Best Screenplay at the 2009 Buffalo Niagara Film Festival and is currently being produced as a feature-length film. Three other screenplays are in development. He co-authored the novel HEAVEN RIDE, a techno-thriller, which climbed to the top of the Amazon.com lists in 2014. A handful of his humorous short fiction pieces have also been bestsellers on Amazon.com.

Mr. Gleason lives near Denver and is active in hiking and local community organizations. In 2015, he served on the board of directors for the Colorado Film and Video Association.

The Blair-Caldwell African American Research Library is one of many participating sites in this year's Doors Open Denver tour. The general public is invited to stop by and explore a self-guided tour of all three levels of the library. Each level is filled with a rich collection of artifacts, wonderful exhibits, and history that tell the story of the African American experience living in the historic Five Points neighborhood. Find out why this area was nicknamed The Harlem of the West. While you're here, don't forget to sign up for a library card!

Interested in a free guided behind the scenes tour of the Blair-Caldwell Library? Register online for selected times- space is limited.

Information about tickets and a complete list of participating sites.

Soul Stories is a community that is built around the vulnerabilities of being human. We share our imperfect narratives with courage and acceptance. The result? Groups of people who empower each other to be stronger versions of themselves. Space is created for connection through mindful activities, artistic expression, and story-sharing dialogue.

How to Write and Publish a Book in 6 Months or Less with Author Dana Ellington
Wednesday, April 27, 6 p.m.

Join self-published author and independent publisher, Dana Ellington for the tips, tricks, and tools you’ll need to write, edit, and publish a full length novel. This 90-minute session is great for writers 16 years old and up and can be applied to any genre, be it fiction or nonfiction. So, if you’re wanting to finally get that novel from blank page to published, join Dana Ellington for a fun workshop for writers.

Bio:
Writer of two short story collections, a novella, and two full length novels, Dana has been publishing her own work since 2008 and just recently began offering to publish and coach other independent writers through her company, Nowata Press Publishing & Consulting. Dana has partnered with the Blair-Caldwell African-American Research Library to deliver a mini-version of her writer’s coaching services to new writers for free!

Jane is an author, speaker and literacy advocate who co-founded the organization, Ethiopia Reads, that works to bring books and literacy to the children of Ethiopia. She has written many children’s books, a number of which are Ethiopia-inspired.

Bio:
Jane Kurtz was born in Portland, Oregon, but when she was two years old, her parents moved to Ethiopia. Jane grew up in Maji, a small town in the southwest corner of the country.

Since there were no televisions, radios, or movies, her memories are of climbing mountains, wading in rivers by the waterfalls, listening to stories, and making up her own stories, which she and her sisters acted out for days at a time. When she was in fourth grade, she went to boarding school in Addis Ababa.

Her family left Ethiopia in the late 1970s, but a decade later, first her brother and his family and then her older sister and her family went back to teach in a girls' school in Addis Ababa.

By the time Jane came back to the United States for college, she felt there was no way to talk about her childhood home to people here. It took nearly twenty years to finally find a way - through her children's books.

Now she often speaks in schools and at conferences, sharing memories from her own childhood and bringing in things for the children to touch and taste and see and smell and hear from Ethiopia. "It's been a healing and inspiring experience," she says, "to re-connect with my childhood and also be able to help people know just a little of the beautiful country where I grew up." She is also a co-founder and member of the board of Ethiopia Reads that works to bring books and literacy to the children in Ethiopia.

For more information about upcoming events and exhibits contact the Blair-Caldwell Library at 720-865-2401 or email askblaircaldwell@denverlibrary.org