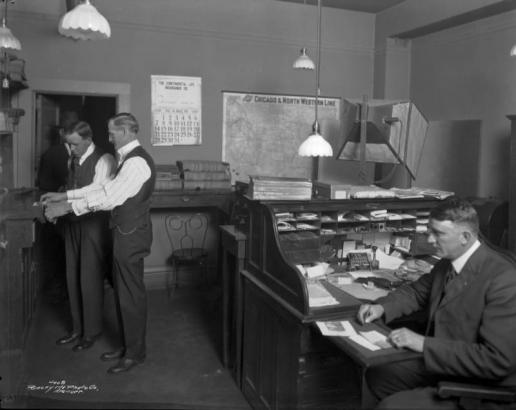 When Amendment 64 passed in 2012, Colorado became the first U.S. state to legalize recreational marijuana. That was not, however, the first time Colorado made marijuana history.

On October 5, 1937 at Denver’s Lexington Hotel*, Samuel R. Caldwell and Moses Baca became the first people arrested for marijuana sale and possession under the Marijuana Tax Act of 1937 - which went into effect just three days earlier.

The Marijuana Tax Act prohibited the possession of weed without a one dollar tax stamp and applied to both users and sellers. It’s also noteworthy as the first Federal law to criminalize weed across the Land of the Free.

According to the Denver Post, Caldwell and Baca had met up at the Lexington that fateful night for a big-time drug deal that involved two joint’s worth of weed. There’s no word on exactly how or why the Denver Police Department keyed in on Caldwell and Baca, but the rest of the story is well documented.

Both men were made into scapegoats for pot’s supposed evils from their arrests right up to the day they were sentenced to four years (Caldwell) and 18 months (Baca) hard labor at Leavenworth Prison.

A Denver Post article on the arrests dated October 6, 1937 said, “It is alleged that Baca tried to kill his wife while under the influence of marijuana some weeks ago.” (According to some marijuana researchers, Baca was indeed involved in a domestic disturbance and that's when the police found a small amount of marijuana in his possession, but it's very likely that the two men never met and their supposed meeting at the Lexington was a piece of fiction dreamed up by publicity hungry federal agents.)

After their initial arrest, Caldwell and Baca disappeared from the pages of the Denver Post but their story is documented on the pages of Smoke Signals - A Social History of Marijuana - Medical, Recreational and Scientific, by Martin A. Lee.

At their sentencing, the two men were subject to a vicious verbal assault from U.S. District Judge, J. Foster Symes who said, “Marijuana destroys life. I have no sympathy for those who sell this weed.”

According to the National Organization for the Reform of Marijuana Laws (NORML) both men served their entire sentences.

Caldwell died just one year after his release.

There's no word on what became of Baca.**

Today, marijuana is legally sold in retail outlets just blocks away from where Caldwell and Baca walked into the pages of Colorado marijuana history.

UPDATE: Since this blog was originally published it's become clear to us that some of the information in the original reporting of Baca and Caldwell's arrest was inaccurate. We have endeavored to correct these errors using materials in the Western History Collection wherever possible.

*Though the Denver Post reported that the arrest took place at the Lexington Hotel, City Business Directories from that era indicate that no such place ever existed. There was, however, a building called the Lexington Apartments located at 1200 California Street that could, possibly have been the building the Post reporters were referring to.

**Baca passed away from overwhelming toxemia (blood poisoning) in Los Angeles in 1948.

Were you part of the movement to legalize recreational and medical marijuana in Colorado? If you were and would like to donate your materials from the campaign to the Denver Public Library’s Western History & Genealogy Department, we’d love to hear from you. Give us a call at 720-865-1821.

Thanks, Brian, for a great blog entry! Speaking of the irony of the contemporary legal retail outlets blocks from where they were arrested, I can imagine how people who are currently in prison for a seed or a few joints are feeling about legalized marijuana.

Fantastic article! Thank you, Denver Public Library, for showing us Denverites ourselves in history so that we can become better citizens of the present.