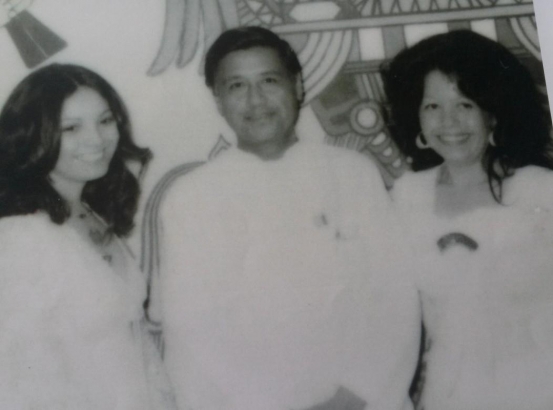 Magdalena Gallegos was born in Denver, Colorado, in 1935. She was raised in the Auraria neighborhood when it was known as West Denver. She graduated from the University of Colorado at Denver (UCD) in 1984 and worked as a College Counselor. Magdalena is a writer, historian, oral historian, activist and playwright. In 2020, she was awarded the Eleanor Gehres Award for her service to the Western History and Genealogy Department and the Dr. Martin Luther King Jr. Champion Award from the Community College of Denver. Photos courtesy of Frances Torres and Auraria Library.

During the 1970s, I had the honor of meeting César Chávez, President of the United Farmworkers Union (UFW). Numerous fundraisers were held in Denver in support of the grape and lettuce boycott that would eventually help to secure union contracts for farmworkers in California and in time across the United States. My story today recounts my early days as a supporter. 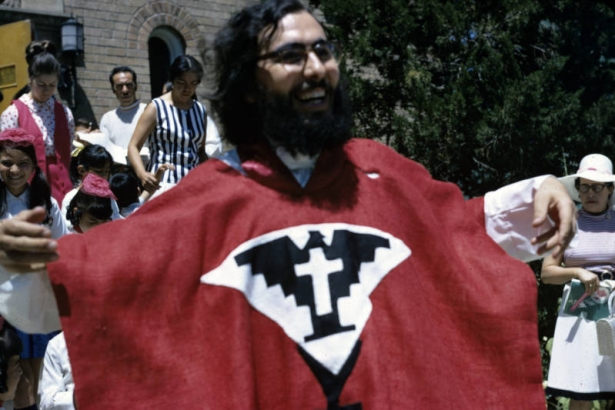 One Sunday, after attending Mass at Our Lady of Guadalupe Church in north Denver, our parish priest, Father José Lara, invited me to join him and others in some “community service.” Since I didn’t have plans for the day, I followed the small caravan of cars to our destination…Apple Jack Liquor Store near Golden. When we arrived each of us were given a United Farm Workers Boycott sign and encouraged to join the group. Although I didn’t know anything about the UFW or the boycott, I was anxious to learn more.

I quickly learned that there was a boycott on Gallo Wines and Apple Jack Liquor store still had the wine on their shelves. Since they were one of the largest retail liquor stores in the Denver area, this was a prime location to set up a boycott line. 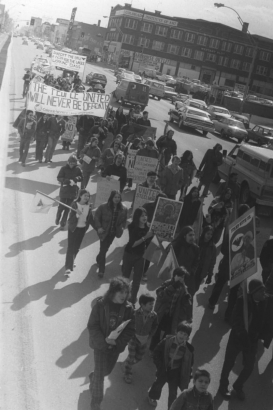 I marched in front of the liquor store while others handed out fliers asking people for their support in boycotting the store. With each step I became more and more part of the group as I joined the chants of Si Se Puede! (Yes We Can!) and the chorus of the union song, No Nos Moveran (We Shall Not be Moved).

On that day I met members of the “Boycott House,” individuals who worked full-time on the boycott like many others across the country. Although they weren’t paid, they had housing and food provided through the Union and donations. Other people there that day included community activists who believed this was the right thing to do. These people became my friends and protectors over the next decade and beyond.

There were people on the perimeter taking pictures and I didn’t know if they were supporters, detractors, or even undercover police. One of my new friends said “If you don’t want your picture taken, cover your face with your picket sign,” which I quickly did! 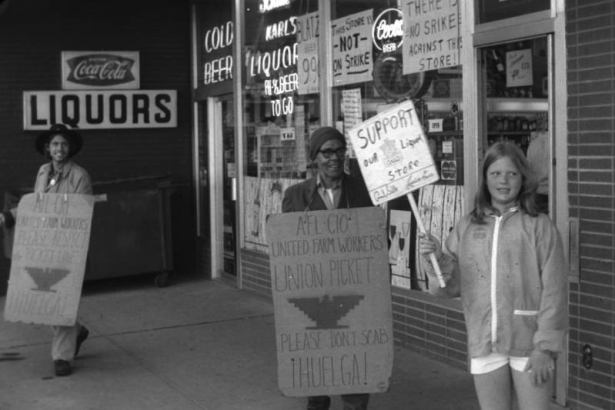 I noticed an older man, someone who had clearly worked his entire life in the fields. He was speaking loudly in Spanish so everyone could hear and he often ended his speeches with “Everybody People!” When I was introduced to him, I learned that his name was Jesús Valderrama and he was one of the original farmworkers who joined with César Chávez in California. It was then that I realized the significance that this “Sunday Outing” would have on my life.

I couldn’t have imagined that walking a picket line in support of the UFW would impact my life the way it did. From that day forward I met the most interesting people….many of whom are still part of my life.

I had the joy of meeting Mary Timo. Watching her carry a picket sign while playing a guitar was inspiring. I learned that Timo was divorced, like myself, and received her love of music through her family…also like myself. She was a big woman with a sweet voice to match. I also met one of Timo’s friends, Luisa Vigil, who became my life-long friend and is pictured in my photo with César Chávez. Timo, Luisa, and myself became fast friends. Many times after a long day of picketing, Timo would invite us to her house for “a bit to eat” which meant there would be plenty of pinto beans and freshly made flour tortillas. Sometimes there was green chile if times were good. We would all crowd into her small terrace home in North Denver and find a nice spot (sometimes on the floor) to enjoy the food, camaraderie, and music. Guitars would pop out of their cases and the house would fill with music, everything from union songs to Mexican favorites, and even the Beatles.

I will never forget the time that Timo’s lights had been shut off because of lack of money. Undaunted, we lit candles, sat in a circle with our guitars, and began writing a song (or Corrido) that would tell the story of our good friend Sal Carpio’s campaign for City Council in District 9 (North Denver). After running out of the paper, someone went to the bathroom and came back with a roll of toilet paper! We finished that Corrido, written on toilet paper, and it came out pretty good. We even had the opportunity to sing the song on the Paco Sanchez Radio Station in Denver, Colorado as well as at Sal Carpio’s next campaign fundraiser! 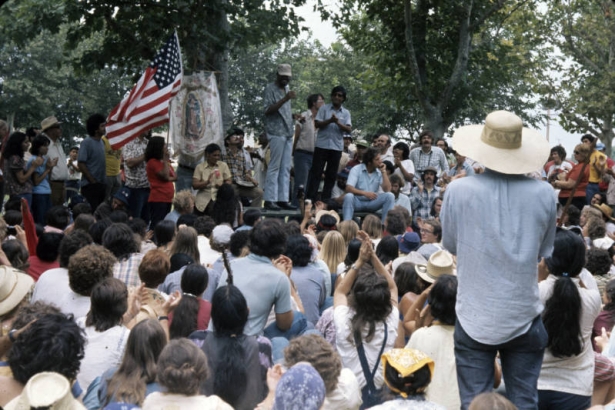 United Farm Workers of America members and supporters hold a rally for the lettuce workers who are on strike against the Finerman Company in Center (Saguache County), Colorado. Credit: Auraria Library
[1971?]
UFW rally, Center, Colo.

My parents moved to Northern Colorado from New Mexico to work in the fields. They worked hard, arriving to work before sunrise and leaving well after sunset. They left the fields in the 1930s and moved to West Denver. We always understood that working in the fields was an honest and honorable job. We embraced the stories our parents told us about their work in the fields. Perhaps this helped me understand why I needed to support the work of the United Farmworkers Union…on our ancestors’ behalf.

Thanks for reading the blog!

I loved the story and pictures! Coming from PA I heard of Caesar Chavez but never knew the story. I am so glad I know Magdalena; she has taught me so much at the age of 81; better late than never!

Thanks for sharing Barbara!

It is wonderful to honor Magdalena. The first time I was arrested was on the UFW Gallo wine picket line at Applejack with Sr. Cecily Jones, SL, Jerry Ryan and other UFW staff. Madge and I see one another these days, since we live in the same HUD housing in North Denver. Thanks for honoring her. Peace!

Thank you for sharing Pat. You and the people you named are the real heroes. So honored to know all of you.

Thanks Pat and Magdalena for sharing your story!

Que Viva la Huelga y Que Sigue la Lucha! Gracias Magdalena this is a great snapshot into an important time in our country's history. Cesar Chavez and Dolores Huerta transformed the consciousness of Chicanos and non-Chicanos as well. This is so poignant as we sit in our homes unable to interact because of COVID-19, it reminds me of the values of community, struggle and sacrifice that we taught to us during that time period. Everything you see on Su Teatro's stage is influenced by the United Farmworkers experience. TG

Thank you Tony for your comments and messages! Thank you also for keeping Su Teatro alive on the many stages of Su Teatro's life! You have quite a story to tell and you are doing that with every Teatro you present. You make history every day! Honored to know you. Magdalena

Wow! Thanks for the memories Magdalena! And thanks to the Denver Public Library's Western History Department for keeping our stories alive through your work. The photo was taken in the basement of Our Lady of Guadalupe Church where we spent many hours working for our community. We can learn from this time in our history to continue to put our community first.