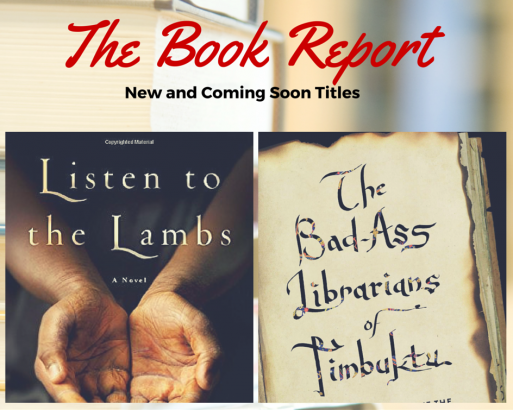 New African American Interest Books and Authors
Looking for something to read from an African/African American point of view and/or written by someone from the Diaspora? Browse our April list of new books available now and coming soon to the Denver Public Library. Book summaries provided by ProQuest Syndetics.

Nothing can convince Lazarus Love III to go back to the lifestyle of affluence and social status. Longing for a freedom of the soul that the world of capitalism cannot provide, Lazarus leaves all that he knows—including his wife and children—to achieve the ultimate level of peace and silence living as a possession-less man. When his quest causes him to cross paths with five wanderers who call themselves "the family," a shocking, brutal act leaves Lazarus in a dire position and his new-found family must struggle to save him. By doing so, they learn the beauty of sacrificial love. More books by Daniel Black.

To save precious centuries-old Arabic texts from Al Qaeda, a band of librarians in Timbuktu pulls off a brazen heist worthy of Ocean's Eleven. In the 1980s, a young adventurer and collector for a government library, Abdel Kader Haidara, journeyed across the Sahara Desert and along the Niger River, tracking down and salvaging tens of thousands of ancient Islamic and secular manuscripts that had fallen into obscurity. The Bad-Ass Librarians of Timbuktu tells the incredible story of how Haidara, a mild-mannered archivist and historian from the legendary city of Timbuktu, later became one of the world's greatest and most brazen smugglers. Over the past twenty years, journalist Joshua Hammer visited Timbuktu numerous times and is uniquely qualified to tell the story of Haidara's heroic and ultimately successful effort to outwit Al Qaeda and preserve Mali's—and the world's—literary patrimony.

The Invisibles: The Untold Story of African American Slaves in the White House
Jesse J. Holland

Sing To Me: My Story of Making Music, Finding Magic, And Searching For Who's Next
Antonio Reid

Life Is Not an Accident: A Memoir of Reinvention
Jay Williams