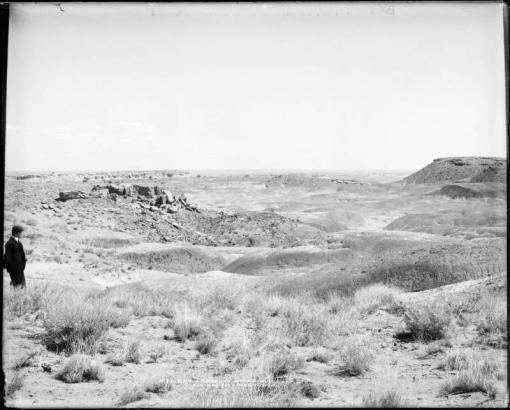 When most people think of Arab/American communities in the United States they tend to focus on urban centers such as New York City or the growing Arab/American presence in places like Dearborn, Michigan.

While these locations are definitely central hubs of the Arab/American experience, they're hardly the only places where vibrant communities of Syrians, Lebanese and other Middle Eastern peoples have taken root in the United States. Arizona has a large Arab/American community that's found a home in the familiar desert landscapes of the American Southwest.

Arab/Arizonan
If you've ever stared out onto the deserts of Arizona, you can see why Middle Eastern immigrants might see a slice of home in the vast expanse of the Sonoran desert. That intersection of Arab and American deserts is the focus of Gary Paul Nabhan's fascinating book, Arab/American, Landscape, Culture and Cuisine in Two Great Deserts.

Nabhan uses Arab cuisine as a symbol for how immigrants find familiar tastes in their new homelands and how food helps aid assimilation as he bounces between Arizona and Lebanon. Middle Eastern immigrants are quite adept at putting Arizona's limited agricultural bounty work for their own gastronomical good.

Nabhan's work is an enjoyable read (especially when discussing efforts to transplant camels to the Arizona desert) that opens up a bigger conversation about “hidden” ethnic groups in America and how their stories can be told.

The fact is that if a sizeable Middle Eastern community can quietly thrive in the deserts of Arizona, there are probably a lot of other groups who are thriving right under our noses...even here in Colorado.

Colorado's ‘Hidden’ Immigrant Communities
Despite a number of ugly episodes, including the anti-Chinese riots of 1880, Colorado residents have generally welcomed (or at least tolerated) immigrants ever since they first started arriving in wagons from the Eastern United States.

Along the way, successive waves of immigrants including, but not limited to, Germans; Italians; Mexicans; Africans; Irish; Vietnamese; Burmese; and dozens of others, have left their mark on Colorado and the Trans-Mississippi West as a whole.

Sadly, many of these groups are just not well represented in our collection, yet.

DPL is very interested in making certain that our Western History collection reflects the community that we represent, including recent immigrant groups such as Burmese and Eritreans. If you have some suggestions for how we can make our collection more inclusive of underrepresented ethnic groups in Colorado and the west, we'd love to hear from you in the comments section below.