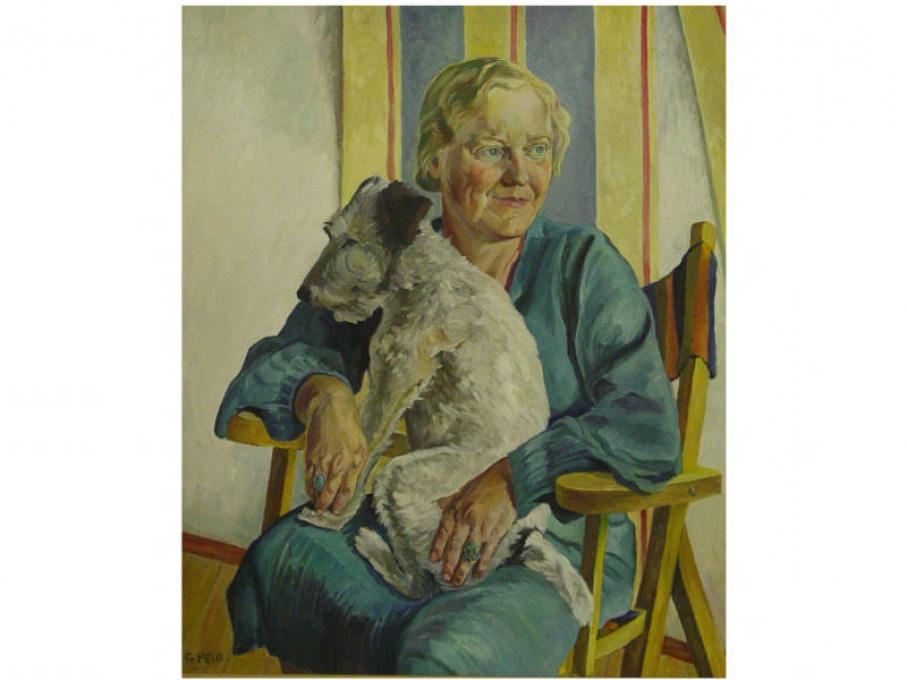 Muriel Sibell Wolle was an artist and author who documented the history of Colorado ghost towns. 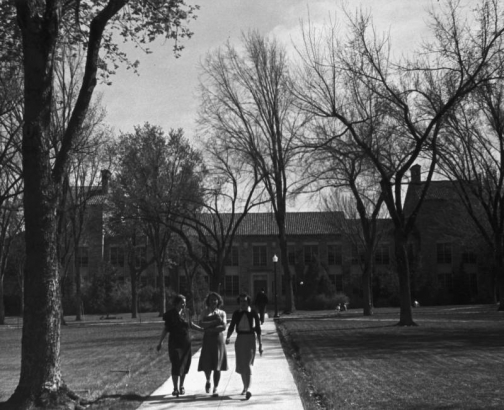 Muriel Sibell was born in Brooklyn, New York, on April 3, 1898. Her parents were Harry and Florence Sibell. Her father was an architect and civil engineer. Her mother died when Muriel was just ten years old. Muriel attended high school in Brooklyn and then earned degrees in advertising and costume design at the New York School of Fine and Applied Arts. She also received her degree in art education at New York University.

After college, Muriel began teaching in Denton, Texas, and returned to New York in 1923. She lived for a time with her father and his second wife, Helen, an immigrant from Scotland. Sadly, Muriel's father died of pneumonia in 1925. The following year, Muriel moved to Boulder, Colorado, for a teaching job. 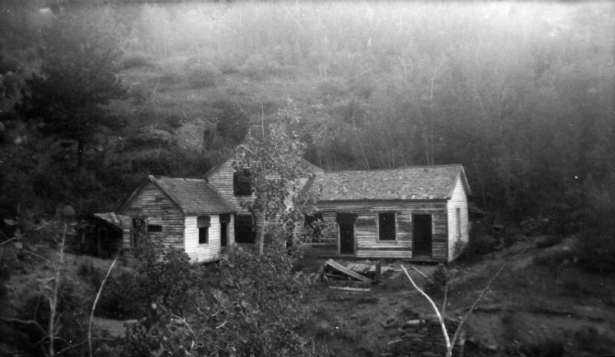 In 1926, Muriel arrived in Denver and took the electric trolley to the University of Colorado campus in Boulder. She became enchanted with the nearby mountains and decided right away that she would stay "until they kick me out." She got a job teaching in the University's new Fine Arts department, and by 1928, she was the head of the department. Muriel loved teaching as well as designing stages and costumes for the University's theater. She continued doing so for many decades.

What really caught Muriel's interest during the summer of 1926, however, was a sightseeing tour. The tour stopped in the old mining towns of Central City and Black Hawk. Muriel fell in love.

So I looked at the mine dumps on the hillsides and at the ruined mills and empty buildings, at the weathered head-frames above the mine shafts and the tortuous roads that twisted up to them and at the Victorian houses and sagging cabins and I realized that here was a wealth of material waiting to be sketched. 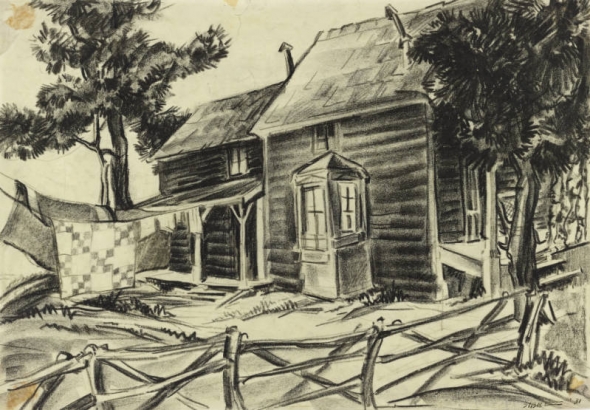 Muriel knew that it was only a matter of time before these ruins collapsed, burned down, or were torn down. She spent all of her free time trying to document their existence before they disappeared. Muriel said that her father's career as an architect probably helped inspire her interest in these old structures.

Muriel started out by creating paintings of the buildings in watercolors, but found they took far too long to complete. Her solution was to make quick sketches in just a matter of minutes. She then brought the sketches home where she could spend a few hours finishing them with heavy grease pencils, which are similar to crayons. Recreating what she saw wasn't her biggest problem though.

Many of these towns sat on the sides of mountains where there were either poor roads or no roads at all. Muriel relied on Jeeps, horses, and, often, her own two feet. She recalled nearly falling through an old, water-soaked bridge on the way back from Carson, Colorado. One town named Holy Cross was being turned into an artillery range for Camp Hale, so she had to get special permission to venture there.

Muriel also wanted to find out more about the history of these towns, but almost no books had been written. This meant she had to do her own serious research. She relied a great deal on libraries for their archives and collections of old newspapers. In 1933 and 1934, Muriel published her first histories in the form of two pamphlets; Ghost Cities of Colorado and Cloud Cities of Colorado. Both became very sought-after since they were among a few sources documenting this history in words and images. 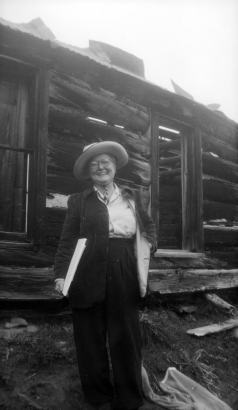 When Muriel's two pamphlets came out, very few sold. She paid to have them printed herself, and it took her and her husband ten years to sell all 1,000 copies. Muriel continued to travel and document ghost towns in Colorado and other states. Then, her husband talked her into publishing her first book, Stampede to Timberline. The couple paid for eight print runs before a publisher offered to do a 29,000-copy printing of the book. While it took decades, Muriel's work became some of the most respected on the subject of ghost towns.

Throughout her life, Muriel documented at least 240 mining communities across 12 states. The University of Colorado honored her with her multiple awards and named her one of the three most important alumni of the 20th century. In 1975, two years before her death, Colorado Governor Dick Lamm awarded Muriel the Governor's Award for the Arts and Humanities. Muriel's large body of work continues to live on and preserves a history that would have mostly been lost if not for her passion and hard work.

architect - someone who designs buildings

civil engineer - someone who designs roads, bridges, and large buildings

alumni - a group of people who attended the same school

What do you think Muriel Sibell Wolle loved about ghost towns?

Think about the place you live. What do you think it would look like after 100 years if everyone left?

Muriel took many photos when she visited ghost towns. Why do you think she chose to do sketches and other artwork as well?

What kinds of things would you like to document so that future generations would know about it?

The Prim Reaper: Muriel Sibell Wolle and the Making of Westem Ghost Towns