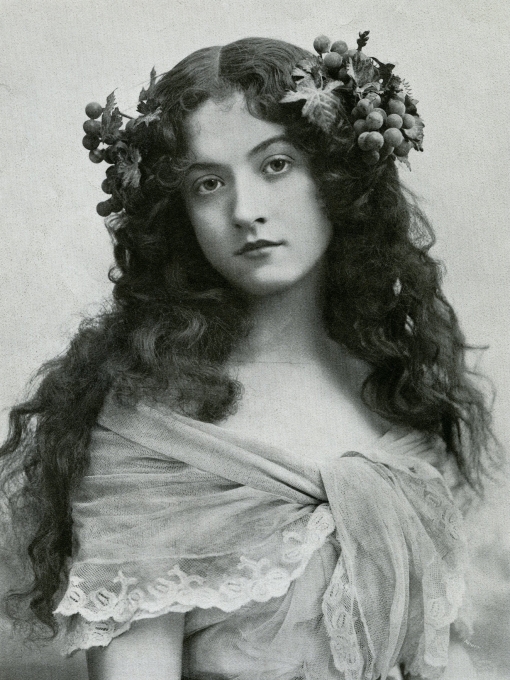 Actress, author, director and teacher known for her work in silent film and plays at the historic Elitch Theatre 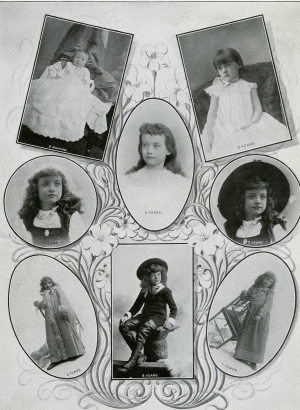 Maude Fealy was born on March 4, 1881, in Memphis, Tennessee, to Margaret Fealy and James Hawk. When Margaret Fealy and Hawk divorced, Maude took on her mother’s maiden name. Margaret Fealy later married Raffaelo Cavallo in 1897. Raffaello was born in Laurenzana, Italy. He introduced Denver to symphony music at the Elitch Theatre. Rafaello also brought a symphony orchestra to Pueblo, Colorado. Maude’s mother had been an actress, and Maude went to the theater every night when she was a baby.

Maude started her acting career when she was only 3 years old. She played an angel in the opera Faust and Marguerite and performed with her mother who was also an actress. She then played Little Willie in East Lynne and Memie in Rip Van Winkle. Maude continued to act until she was nine years old, when she attended Higbee’s Academy in Memphis, Tennessee. Maude did not attend the school for long, but later continued her education with a private tutor, as education was very important to her. Maude's mother decided to open the Tabor Grand School of Acting in Denver, Colorado, after retiring from her job as a stock actress in Denver.

Maude Returns to the Stage 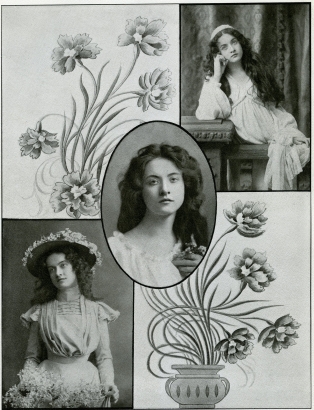 Maude as Juliet when she was 15 years old

When Maude turned 15, she was cast in the role of Juliet in Romeo and Juliet. Maude was so successful in the role that several casting directors wanted to sign contracts with her. However, many casting directors were upset to find out how young Maude was and thought she was not mature enough to play certain roles. Fred C. Whitney was preparing for his production of Quo Vadis when Maude asked him for a role in the play. Fred told Maude that she was not mature enough for the role. Maude was able to prove him wrong by performing a scene from Romeo and Juliet, which landed her the role of Eunice in the New York production of Quo Vadis.

Maude Continues to Shine on Stage 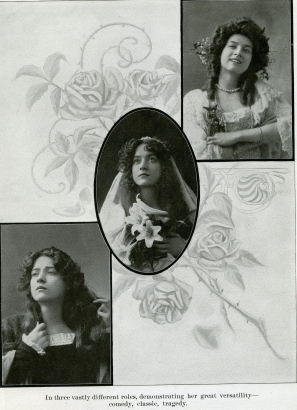 Maude was known for her versatility

Actor and playwright William Gillette wanted to cast Maude after hearing about her success in Quo Vadis, but thought she was too young when she came to her audition. Maude then went with her mother to buy a frock and high-heeled boots, which she thought could convince William that she could act in an older role. The plan was successful, and Maude got the role of Alice Faulkner in Sherlock Holmes. William Gillette starred beside her in the role of Sherlock. The play toured the country, and Maude even got to perform in London at the Royal Lyceum Theatre. After being so successful, Maude took a job where she could play six different roles by signing a contract with English actor E. S. Willard. Maude was known for her versatility, as she could capture different types of characters. 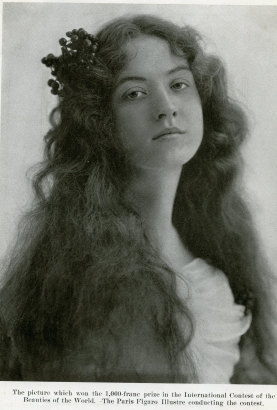 Maude won 1,000 Francs for this photo

In 1903, Maude won a prize of 1,000 francs for a photo of her that was entered into the International Contest of Beauties in the World. Maude did not send the photo in herself and refused to accept the prize money since it had nothing to do with her winning based off of merit. Maude stated that the picture had nothing to do with her beauty, but that the award should really have gone to the successful photographer.

Maude at the Elitch Theather 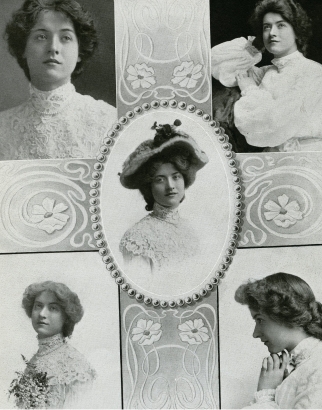 Maude is a stock star 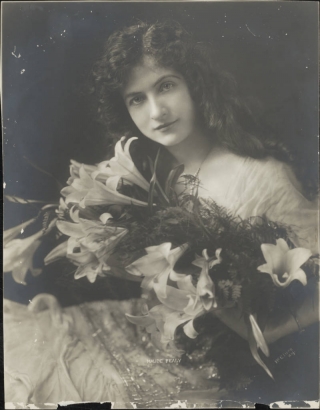 The Elitch Gardens Amusement Park opened in 1890 and included a theater. In 1896, Maude had her first role at the Elitch Theatre, but it was a role for a child. In 1901, Maude performed the role of Babbie in The Little Season and became a star at the Elitch Theatre. She would play various roles in different plays as she was a stock actress. Maude performed at Elitch Gardens in the summer seasons and performed in various other productions the rest of the year.

In 1903, Maude went to Broadway in the play Hearts Courageous, but the production only lasted three weeks. It was long before Maude returned to Broadway in 1904. After performing one summer at the Elitch Theatre, Sir Henry Irving invited Maude to play the role of Rosamonde in a British production of Becket. Maude continued this pattern of working as a prominent actress at the Elitch Theatre durubg the summer and acting in other productions the rest of the year. Maude also became a prominent stock star in San Francisco, California. 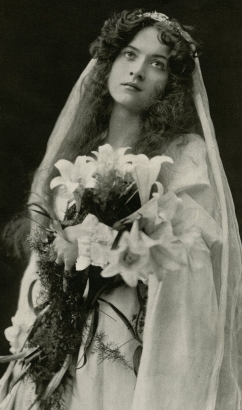 Maude Fealy married Lewis Hugo Sherwin in a secret ceremony on July 15, 1907. Lewis worked as a drama critic for the Denver Republican. When Maude’s mother found out about the marriage, she was outraged! Maude’s mother thought Maude's career would end, and she made Maude divorce Lewis. In 1909, Maude wed for a second time, marrying actor James Durkin.

Maude is a Film Star 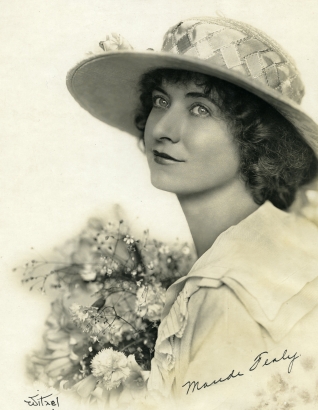 Maude is a film star

In 1911, Maude was invited by the Thanhouser Company to appear in their films. Maude took the job and starred in her first silent film in 1911. Maude continued to work in silent films from 1911 to 1914, with her husband directing. Some films she starred in were Little Dorrit, The Legend of Provence and An Orphan’s Romance. Maude became especially well-known for her work in the silent film titled King Rene’s Daughter.

During the summers of 1912 and 1913, Maude and her husband created the Fealy-Durkin Company. They put on performances at the Casino Theatre at Lakeside Amusement Park, which had opened in Denver in 1908. Maude continued to appear in more silent films from 1915 to 1917. In 1916, Maude brought When the Tide Turned to the Orpheum Theater in Denver. Unfortunately, her marriage to James Durkin came to an end in 1917, and the couple divorced. 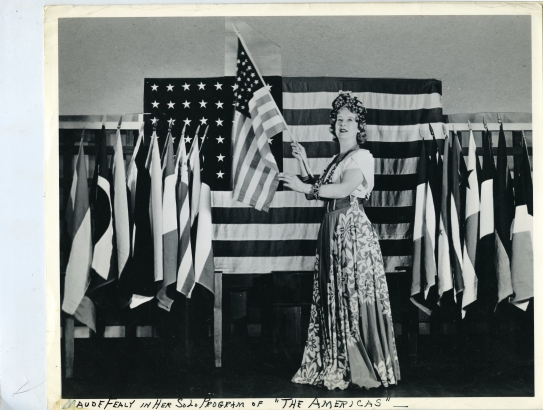 Maude continued to act in plays during the 1920s. Some of these included Madame X and Dancing Mothers. From 1926 to 1928, Maude and her mother lived in Grand Rapids, Michigan, where they directed and acted in plays. Together, they opened an acting school, which was later renamed the Fealy School of Acting. In 1920, Maude married John E. Cort, Jr. whose father had been a prominent theater producer. In 1923, the marriage ended in an annulment. Maude had some success as a playwright during this time. She wrote The Red Cap with Grant Stewart in 1928 and presented it to the National Theatre in Washington, D.C. that same year.

In 1929, the Great Depression hit the United States and people could no longer afford to go see a play, which hurt Maude’s career. During this time, Maude appeared in films, taught acting and worked for the Federal Theatre Project in Los Angeles, California. She was invited by filmmaker Cecil B. De Mille to coach actors at Paramount Studios in Los Angeles. Cecil became a lifelong friend to Maude.

Hard Times as an Actress 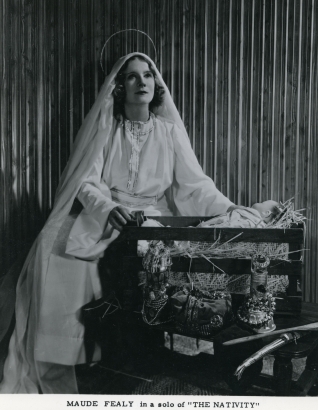 Maude performed even during Pearl Harbor

Unfortunately, the Great Depression hit Hollywood, ending Maude’s time in Los Angeles. During the 1940s, Maude returned to Denver to teach acting, but tough times continued when America entered WWII after the December 7, 1941, attack on Pearl Harbor. Maude opened an acting school in Hollywood, but she was in serious financial trouble. Maude directed and wrote and also taught at her acting school. Maude continued to appear in programs and pageants and gave lectures to schools and various organizations. 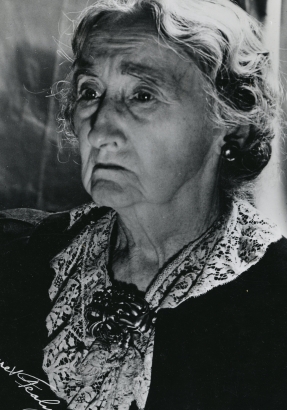 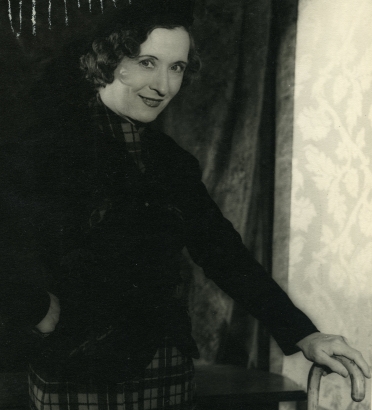 Maude in her older years

Maude’s mother, Margaret, died in 1955. Margaret had been there for Maude her entire life, and the two had acted and taught together. Maude retired in Denver, but she continued lecturing and performing and was involved in clubs and organizations. In 1963, Maude wrote and acted in the play Emily Griffith at the Bonfils Theatre in Denver. It was her last performance as an actress. Maude later decided to live out her final years in California.

In California, Maude was hospitalized with arteriosclerosis for the last two years of her life. Maude died in her sleep at the age of 90 on November 9, 1971, in Woodland Hills, California. Maude was buried in a Hollywood cemetery with other popular theatrical actors. Denver claimed Maude Fealy as its own as she had stated that some of the best years of her career had been spent on the Elitch Theatre stage.

Maiden name - The last name that a woman has from birth. Some people change their last name to their spouse’s surname when they get married.

Versatility - able to change for many situations

Prominent - someone who is well-known

Arteriosclerosis - when the walls of the arteries harden, usually due to old age

Stock actor - An actor who usually plays more than one character.

Annulment - a legal process that ends a marriage

The Great Depression - A severe, worldwide economic downturn that started in 1929 when the stock market crashed and continued into the 1930s. People struggled to find work and to feed their families during this time.

Pearl Harbor - The Japanese military launched a surprise attack on the American base at Pearl Harbor, in the U.S. territory of Hawaii, on December 7, 1941. This event ultimately led to the United States declaring war on Japan and entering into WWII. 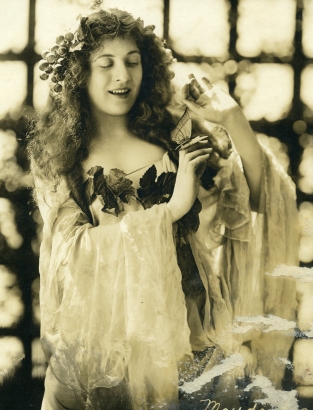 Have you been to a play? What was it about? How do you think plays were different a hundred years ago? Why is it important to go see plays? 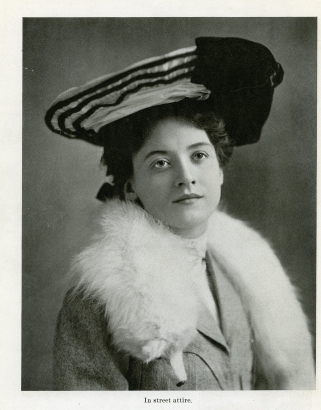 The Maude Fealy Papers (This collection contains pamphlets, reviews, lectures, scripts, correspondence and photographs and can be viewed in person in the Western History and Genealogy Department.)

Biographies on Maude Fealy from the Denver Public Library:

Maude Fealy: The Youngest Star on the American Stage