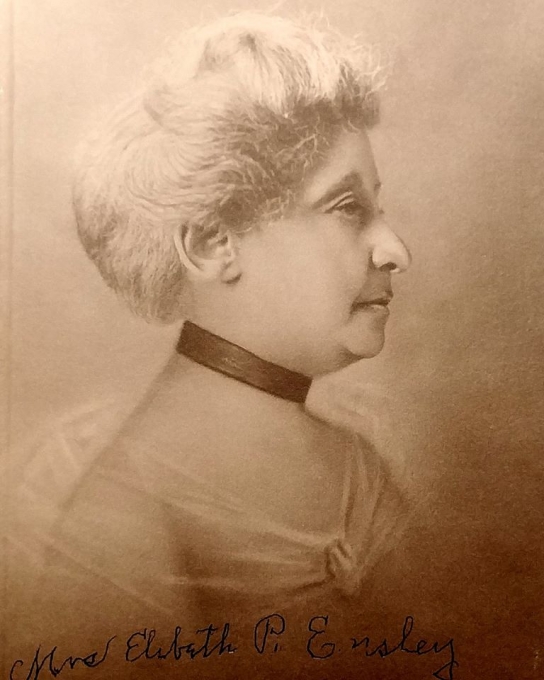 Elizabeth was born the child of a former slave and spent her life fighting for women's suffrage and the rights of African Americans. 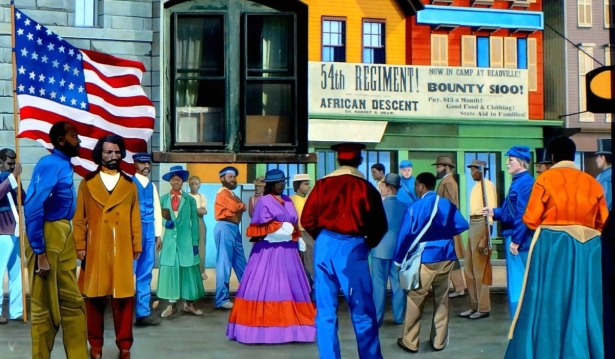 Special thanks to Western History and Genealogy volunteer Iris Hawkins. She has done the vast majority of the research into Elizabeth Ensley and that was no easy task with the limited documentation available.

Elizabeth Piper was born in New Bedford, Massachusetts, in 1847. Her mother, Jane Gibson, was born a slave in Georgia. Her father, Philip Piper, was born free and worked as a sailor aboard a whaling ship. Elizabeth’s family, like many African Americans in New Bedford, were involved in the early abolition movement. They had even established their own schools to ensure their children had access to education. It was in one such school that Elizabeth was able to begin her education.

In her early twenties, Elizabeth took the opportunity to travel to Europe. While there, she continued her studies in Switzerland and Germany. When she returned, she began her work as a teacher and helped start a circulating library in Boston. It was around this time that she met a fellow teacher named Newell H. Ensley. Ensley had been born into slavery and was owned by his own grandfather, but he had been taught to read and write at a young age and devoted himself to education. 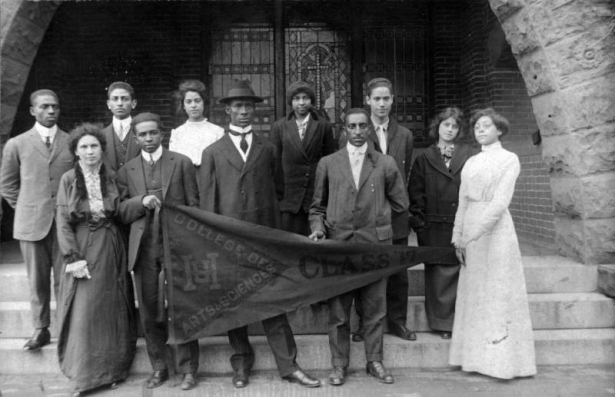 Elizabeth and Newell were married in 1882. For a time, they taught at Howard University in Washington, D.C. In 1887, they moved to Denver and settled into a home at 1931 Curtis Street. Sadly, during the next year, Newell and the couple’s third child died within a few months of each other. Being a single parent would not be easy for a woman in the 1800s, but that would not stop Elizabeth Ensley.

While raising her children on her own, Elizabeth became even more active in civil rights. She began working for the Colorado Equal Suffrage Association, which sought to gain women the right to vote. She also served as a correspondent for the journal of the National Association of Colored Women, writing articles about the struggle for progress in Colorado. In 1893, Colorado became the first state to recognize the right of women to vote after a statewide election. It was supported by the governor, Davis Waite, as well.

Civil rights groups such as these and others remained very important. Even with the vote, women had little representation in political bodies such as the General Assembly. Many women across the country also continued to be denied the right to vote. And while there were national organizations fighting for women’s suffrage, African American women were not given much voice within these organizations.

In 1904, Elizabeth founded the Association of Colored Women’s Clubs. This was an attempt to unite various organizations around Colorado, push for greater equality, and provide educational opportunities. Part of Elizabeth’s work included gaining the support of black men on issues like national women’s suffrage. She even helped unite men and women of all races to elect Colorado’s first black legislator, Joseph Stuart.

Elizabeth’s work earned her a great deal of respect around the state and she was eventually made treasurer of the Colorado Federation of Women’s Clubs. This was a mostly white organization and it was very rare for a woman of color to be granted such a position within it.

Throughout the first two decades of the 20th century, Elizabeth continued serving the community. This included serving as secretary of the Lincoln-Douglass Sanitarium Association, which administered care and treatment to the many people suffering from tuberculosis. Elizabeth died on February 23, 1919, while living in Arvada, Colorado. She was laid to rest at Riverside Cemetery, but her work and her memory continue on in society’s constant fight for justice and equality.

abolition - the fight to end or outlaw something - in this case, ending slavery

correspondent - someone who reports for a publication from a special location

treasurer - someone officially in charge of the money

Elizabeth had a parent who was a slave. How do you think this impacted her view of the world? How would it have impacted you?

Do you think having to raise her children alone made it harder to fight for justice or helped to motivate her? Why?

Is there anything you would want to spend your life trying to change?

Women of the West power book

Early Life
Later Life
Word Bank
Get Thinking!
More Information on Elizabeth Ensley and Her Cause