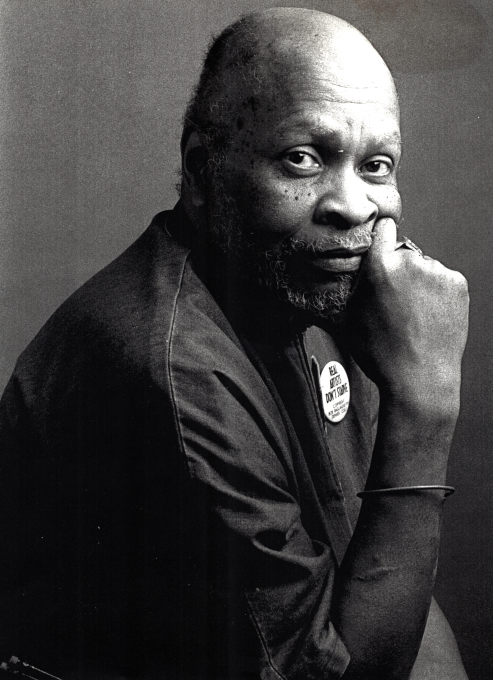 Robert L. Ragland was a prolific artist who spent his life helping young artists make a living through art.

Robert L. “Bob” Ragland was born in Cleveland, Ohio, on December 11, 1938. His father Carey was a machinist from Georgia and his mother Violet was a seamstress from Alabama. Bob was an older brother to Louis and Vivian Ragland. Raised in a poor area of Cleveland, Bob showed an early ability in creating art and drew on the back of paper bags with crayons.

At age 18, Bob joined the Army and was stationed at Fort Carson in Colorado Springs. At the end of his military service in 1959, he decided to move to Denver. He was able to put some of his art skills to work creating ads and brochures for a small shop at 18th Avenue and Gaylord Street. While working on advertising materials as well as at the Post Office, Bob spent the next six years taking art classes at Rocky Mountain School of Art. His desire to learn new ways to create art then led him to the Emily Griffith Opportunity School where he developed a love for welding.

Starting Out in Denver

Bob participated in his first art show in 1964 at the Green Spider gallery on East 17th Avenue in Denver. In 1965, he held his first solo art show in the basement of the Park Hill Congregational Church where he displayed paintings he had done commemorating the civil rights movement. During the fight for greater equality in the 1960s and 1970s, Bob was very active with the East Side Action Center in the Five Points neighborhood. The center provided a home for community activists and helped local residents get job training and find health care. Bob took part in getting local people to vote in elections and taught children and adults how to create their own art at the center.

Beginning in the late 1960s, Bob continually participated in art shows both large and small. His artwork also extended beyond painting. He drew cartoons, worked with charcoal, crafted jewelry, and welded sculptures out of pieces of metal that people in the neighborhood had thrown out. He loved creating art, no matter what materials were available.

Even as Bob became more popular, he sought to keep his art affordable. He did not want to be the kind of artist who only sold his work to wealthy people. He knew that all kinds of people, regardless of wealth, could appreciate art.

“Being rich isn't having a gazillion dollars. It's being able to do what you like to do,” Bob said in the film "Rags to Riches."

One of the things Bob liked most about becoming more recognized was that he was able to reach more people. He taught free art classes for people of all ages at local libraries. He taught art all over the city, including at Gove Community School, Jewish Community Centers, Denver’s Career Opportunity Center, Community College of Denver, George Washington High School, Bradley Elementary, and even on local television. In the late 1970s, Bob had his own show on Channel 6 called “You're an Artist,” where he would help people of all ages develop their painting skills. He would also occasionally appear on a Channel 2 show called “Montage, a Look at the Arts.”

Part of Bob's interest in teaching came from the way he saw young, minority artists being ignored in the United States.

“As recently as five years ago, if a black youngster said, ‘I’m going to be an artist,’ almost everyone tried to discourage him. Painting and drawing are new areas for the black and brown kids in this country. It’s different in African countries. There, you are encouraged and have the support of the community.” - Bob Ragland, Denver Post, July 12, 1970

For a time, Bob even taught classes out of his studio in Five Points. He liked taking students outside to paint local scenes of beauty that people often took for granted. He had them focus on trees, houses, streets, and other everyday things. It made people look more deeply at the world around them and find the sense of wonder that inspired a need to create art.

Bob believed that an important part of training young artists was teaching them how to make a living through art. In 1981, he wrote The Artists' Survival Handbook, (or, what to do till you're rich and famous). The book explained how to make your own art supplies, how to find people to buy work, and how to create art from things people throw away. Bob saw art as an important part of society and knew that many artists gave up because of the difficulty of making money through art. Because of this, he also created a directory of local minority artists so the larger community could seek out their work and buy more art.

Bob saw promotion of the arts as an important part of keeping art alive. He put together shows of local artists at community centers and even started a program at the Colorado State Capitol to highlight Colorado artists. Because of this, Bob caught the eye of Colorado Lieutenant Governor George Brown, who, during a meeting with President Jimmy Carter, presented the White House with a Bob Ragland painting. The painting was a portrait of an African American child.

Bob lived to be 82 years old and continued to teach, create, and appreciate art into his older years. He died on April 10, 2021, at his longtime home in the Whittier neighborhood, which he had paid off by having local art lovers take their choice of a painting and a sculpture for $300.

Bob loved his community and was a local fixture at the Ford-Warren Library where he would give staff works of art and, occasionally, even sing Frank Sinatra songs to staff members. In 2022, Bob had a new Denver Public Library branch named in his honor at 1900 East 35th Street.

The legacy of Bob's art can also be seen throughout Denver. His work can be viewed at the Kirkland Museum and at the Ford-Warren Library. A portrait of Bob painted by his longtime friend, Dean Mitchell, hangs in the Smithsonian National Portrait Gallery. 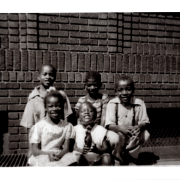 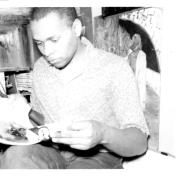 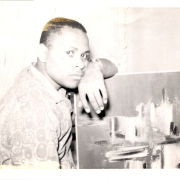 commemorating - something that inspires others to remember a person or event

activists - people working openly to promote a person, idea, or political cause

promotion - activity that furthers a cause or activity

Do you think art is important to society? Why?

Why do you think Bob Ragland thought it was important to encourage young artists?

The Artists' Survival Handbook, (or, what to do till you're rich and famous)