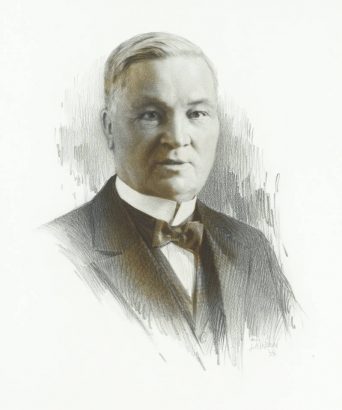 Living in Denver, you may have heard the Irish name "Mullen" a few times. There's Mullen High School, the Mullen Home for the Aged, and of course, DPL's Mullen Manuscript Room (Central Library, Level 5).

But who was "Mullen"?

John Kernan Mullen was born in Ballinastoe, County Galway, Ireland in 1847. At the age of nine, he traveled to the United States with his family. They settled in Oriskany Falls, New York. At age fourteen, Mullen dropped out of school to support his family by working at the Oriskany Flour Mill. Before he turned 20 years old, Mullen was managing the mill.

In 1867, Mullen headed out west looking for a miller position. After spending time in Illinois and Atchison, Kansas, he settled in Troy, Kansas, managing the Banner Flour Mills. Three years later, Mullen left for Denver, where he worked for a mill owned by Shackelton and Davis. Mullen married Catherine Smith on October 12, 1874, and together they had five daughters.

Giving numerous donations of land and money, Mullen became known as a philanthropist. Among his most notable gifts:

Mullen died on August 9, 1929, and became the first Roman Catholic to lie in repose at the Cathedral of the Immaculate Conception in Denver. After Mullen's death, his daughters established the Mullen Home for Boys in his memory. 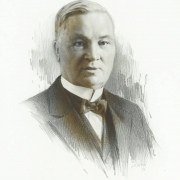 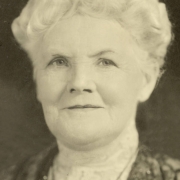 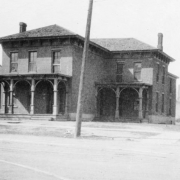 Just curious to see who this man was. Same name.

Thanks for reading, Judy!

Am interested to know if Mr Mullen had any interests in flour or bean elevators / warehouses in southwest Colorado - specifically Dove Creek. There is currently a bean elevator in Dove Creek that has in it's pedigree: Colorado Milling and Elevator Company. Did he have any association with either the Peak or Midland Brands of beans? Could he have had any business interests with a Mr. Owens or a Mr. Simpson from Colorado Springs?

I'm writing a piece on the bean industry.

Thanks for reading! I would suggest contacting the library and research center at History Colorado about their John Kernan Mullen collection. While DPL's Western History and Genealogy Department also has a collection of Mullen papers, I'm not finding anything related to your topic in our collection.

The statement: "After Mullen's death, his daughters established the Mullen Home for Boys in his memory.." is a little bit deceiving. J.K. and Catherine started the project to open a home for orphaned boys, but both died before the project was completed. Their daughters (and husbands) completed the project....the home is now known as Mullen High School. Also, yes, J.K. and Catherine had 5 daughters, but you failed to mention that Anna died at the age of four....

Thank you for your comments, Katherine. The format of our blog posts calls for brevity and doesn't always allow for the capture of a story's interesting details. Comments like yours really add so much to the story. Thank you!

I am moving into a farmhouse, that is reputed to be a Mullen homestead.
The property is just north of Mullen High School.
The story is, the house and hundred year old barn ( which I saved despite a large fire)
sat at the center of a large dairy farm.
Love to know more about this history.

The Mullen family purchased their "homestead" at Ninth and Lawrence Streets in 1878. They lived in the two-story Italianate home for 29 years.

J. K. Mullen's heirs (through the Mullen Benevolent Foundation) purchased the Shirley Farms Dairy, a 900-acre farm located at 3601 South Lowell Boulevard, in 1931. The farm was turned into a vocational boarding school for boys. In 1956, the boarding school closed and began operating as J. K. Mullen High School. Your property at 3425 S. Knox Court may have been part of the original Shirley farm which became the boarding school.

If would like to explore your property's history further, check out our Building History Tutorial online. We also highly recommend visiting DPL's Western History and Genealogy Department. Reference staff will be happy to help you get started with your research!

Thanks for you interest in local history.
My post is from last year.
Still investigating the property.
Can't find much, to far out for Denver Plat books.
Thanks for the info about Shirley, haven't found anything about that either.
Perhaps if you more info, you can share.