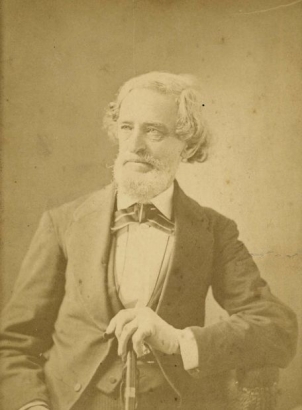 The name Samuel Hawken will be familiar to self-proclaimed "gun nerds" and aficionados of the fur trade era in the West, but may not be a household name outside these circles. Chances are you have encountered images and descriptions of his work throughout popular culture. From the films The Revenant and Jeremiah Johnson, to books about Kit Carson and Jim Bridger, the long gun of choice was often the Hawken.

The brothers Samuel and Jacob Hawken’s early lives are somewhat obscured by history. Some say they were born in Maryland and others point to Harper’s Ferry, West Virginia. One prominent researcher, Charles E. Hanson, Jr., writes that the paper trail points to the brothers being trained at the Harper’s Ferry Arsenal. What is known for certain is that they ran one of the most notable gun shops in the history of the West in St. Louis, Missouri. Jacob appears to have set up shop first, with a business partner in around 1818. After the death of his wife and his father, Samuel moved from Ohio and set up his own separate St. Louis shop in 1821. In 1825, after the death of Jacob’s partner, the two brothers began working together.

The Hawkens not only produced their famous rifles, but performed gun repairs and produced things like tomahawks, animal traps, and arrow points. Their guns were far from cheap, but were well-known for their reliability and accuracy. Unlike earlier, heavier guns produced back East, such as the Pennsylvania Rifle, many Hawken rifles had a stock that only ran half the length of the barrel. This reduced the weapon’s weight. The Hawken Rifle also came in larger calibers for the more imposing game and predators encountered in the Rockies. Many contemporaries even referred to the Hawken Rifle as the “Rocky Mountain Rifle”.

In 1849, after decades of renown, and in the midst of heavy demand for firearms due to the California Gold Rush, Jacob Hawken died. Samuel continued operations for another 6 years before retiring in 1855, leaving the business to his son William. The part of the story that is less widely known is what happened after Samuel left the St. Louis shop to his son.

On August 29, 1859, Samuel Hawken wrote a letter to the editors of the St. Louis Democrat stating that he had arrived in the "new El Dorado of the far distant West." He had traveled with a group of '59ers seeking gold and came to the conclusion that much of the wealth would remain elusive until there was more local infrastructure necessary to mill quartz on a large scale. Many in his party returned home, but he settled in and found the climate beneficial to his health. As in St. Louis, Samuel set up another gunsmithing business. 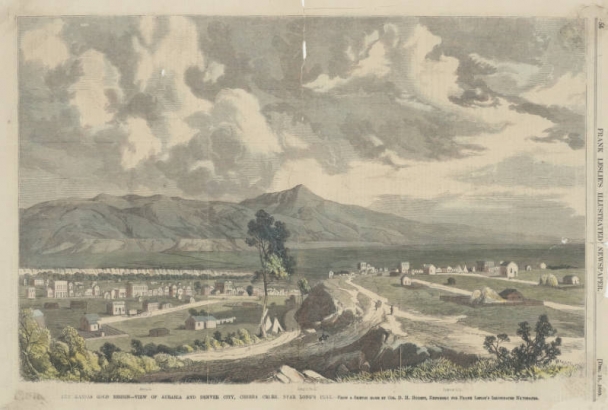 According to a wonderful 1861 description of the town of Auraria, Hawken set up shop next door to the Pollock House, which was Auraria’s first frame building. The new smithy was on Ferry Street between Fourth and Fifth Avenues, which would place it near the current athletic field on the Auraria campus. The 1861 walking tour describes the shop as follows:

“Next door is the gun shop of S. HAWKEN, the oldest gun maker of St. Louis. He says he found more improvement and business here than at St. Louis when he first settled there, near forty years ago. Every one has heard of the fame of the "Hawken’s rifle." No mountaineer considers himself prepared for the chase or the battle-field without one. Last week we saw in his shop the first rifle manufactured in this country. It bears on the barrel, "S. Hawken, Auraria, J. T."---The stock is of box-alder—native growth —and it, as well as the whole gun, is equal in finish to anything we ever saw. Opposite is a retail clothing store…”

It should be noted that a Hawken stock in Boxelder Maple softwood would be particularly interesting to any collector, as most of the St. Louis stocks were made from harder, eastern varieties of Maple. We hope to eventually locate an image of one of these Auraria-marked rifles. 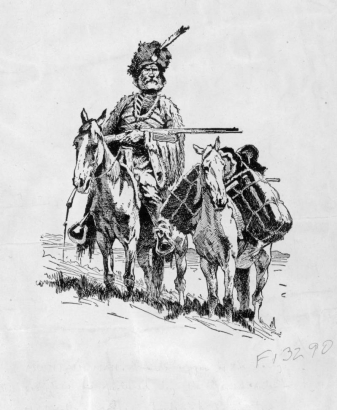 One amazing detail omitted from the 1861 walking tour description happened to be noted in an April 18, 1860, edition of the Rocky Mountain News. Apparently, Hawken’s storefront was highlighted by a tall pole upon which sat a giant rifle. This enormous rifle swung on a pivot with the breeze and could be seen from all parts of the city. Clearly, a giant swinging gun that pointed alternately at the city and the mountains was a bit of promotion with which even neon signs could never compete!

Ads for Hawken’s shop continued to pop up in the Rocky Mountain News until late 1861. Regardless of quality, with the coming technological developments of the 1860s, single-shot, muzzleloading rifles were not long for this world. At the same time, Samuel Hawken was also getting on in years. He returned to St. Louis, where he lived to the ripe old age of 92, passing away peacefully in 1884. 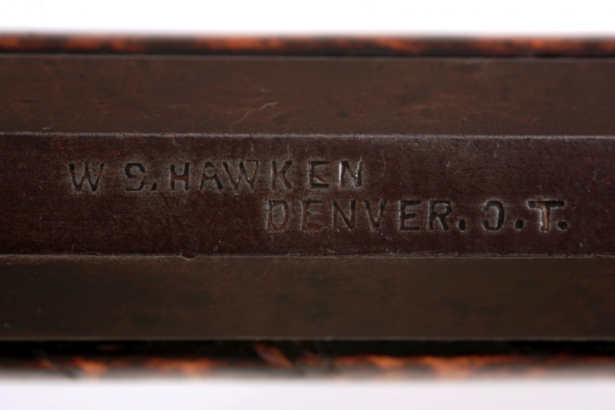 One interesting twist to Sam Hawken’s Denver story comes by way of our friends at the Cody Firearms Museum at the Buffalo Bill Center of the West. As we were trying to locate an image of an Auraria-manufactured Hawken, they confirmed they had one, but instead of being marked “S. Hawken, Auraria, J.T.”, it bore the mark, “W S. Hawken, Denver, J T”. “JT” represented the extralegal designation of Jefferson Territory adopted by many Coloradans.

Some further digging led to an article from the August 12, 1861, Rocky Mountain News, announcing that a Mr. Fred W. Heeman would be taking over the business from William while he was away. Clearly, at some point prior to his departure from our city in 1861, Samuel had passed the business on to his son. An 1862 article indicates that William was still operating the shop and praises his manufacturing of a “mammoth Bowie knife” for a customer. Clearly, Wiliam was a chip off the old Hawken block. 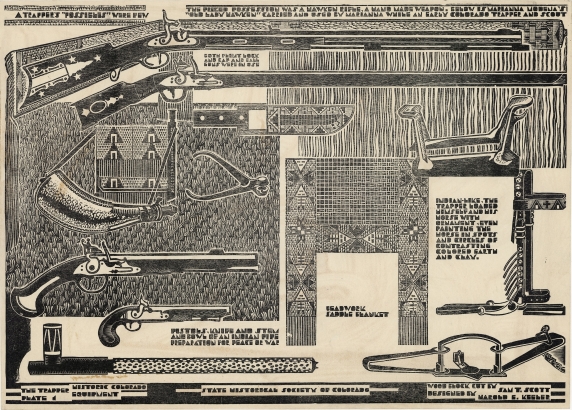 Tools of the Trapper Courtesy of History Colorado

The name “Hawken” is not forgotten, though the family’s time in Denver often is. The 1970s saw a revival of interest in fur trade era weaponry and accouterments. This was, in large part, due to the popularity of films such as the aforementioned Jeremiah Johnson and television shows like Grizzly Adams. Sporting goods stores again advertised reproductions of these guns, and we still see mountain man rendezvous taking place around Colorado well into the 21st century. While the Hawken legend will continue, we will, likely, never again see a giant swiveling rifle visible from all parts of the city.

Thank you for the wonderfully informative article on the Hawken. Made in Denver, WOW!

Yet again, icons of the West always seem to make their way to Denver at some point. Now, if we can just locate one of those Auraria-marked rifles.