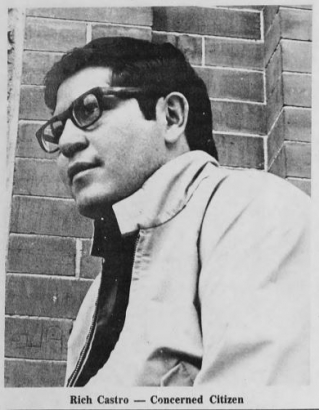 We are pleased to announce the Richard T. Castro Papers are available for research. Until the library is accessible to the public again, you are invited to peruse the collection’s online guide.

Richard T. Castro was a Denver-based community organizer, social worker, Colorado State Representative, and Executive Director of the Agency for Human Rights and Community Relations under Mayor Federico Peña. Castro was a tireless advocate for the Chicano and Hispanic communities, and extended that advocacy to all underrepresented Coloradans.

Castro was an everyday sort of hero, a man who displayed heroism through consistent commitment to a cause over his nearly thirty year career. In contrast to Chicano movement contemporaries who supported more radical action, Castro focused on enacting change from within the system. He created opportunities to improve civil rights, education, and economic advancement for the Hispanic community statewide. In each phase of his career, he was known for approaching challenges with humor and love. 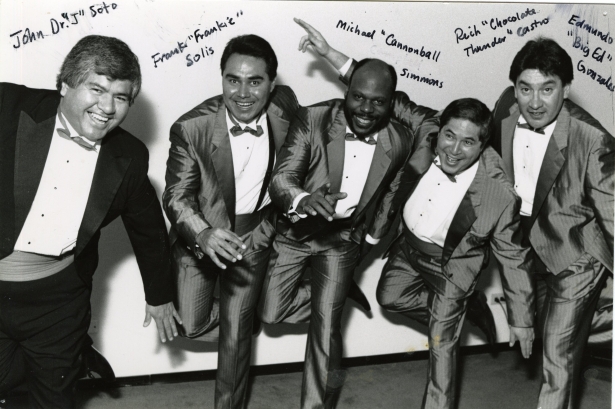 Richard Castro was born in Denver in 1946. He attended Annunciation Catholic School and, after a year studying at St. Thomas Seminary, decided to pursue his cause through an alternate method: professional social work. Castro pursued multiple college degrees, culminating in a Master's in Social Work in Community Organization and Administration.

While still in college, he served as a "street worker," or social worker, with Denver youth. The job provided him with first-hand exposure to how Chicanos were marginalized and harassed by authorities. One day in March 1970, Castro witnessed a clash between police and Chicano youths in Denver’s Curtis Park. He stepped in and was himself arrested and maltreated by police. His vocal demand for accountability led him to speak out to the media, at City Council meetings, and to Denver’s Commission on Community Relations. No satisfactory city action resulted from Castro’s protest, however, and he received threatening hate mail (one letter is documented in the collection). This experience galvanized him for further efforts on behalf of Denver Hispanics.

Mr. Castro next turned towards minimizing the impact of the new Auraria campus on his predominantly Hispanic Westside neighborhood, located just south of the new college development. The campus displaced the entire residential Auraria neighborhood, and simultaneously, the city rerouted busy multi-lane streets through the heart of the Westside (bordered by Speer Boulevard, Colfax Avenue, Osage Street, and Alameda Avenue). In response, a local community group called the Westside Coalition formed, with Castro becoming a leading force. Under his watch the Coalition expanded to address health and youth services, education, and advocacy at the city and state level.

During his four years with the Coalition, Castro also served as Board Chair of the Auraria Community Center, as journalist and Acting Editor of the West Side Recorder newspaper, and as an instructor of Chicano Studies classes at the Metropolitan College of Denver.

The early 1970s were busy years for Mr. Castro. In 1972, he married activist and educator Virginia Montaño Lucero, and together they had a child. Virginia, already a mother of four, was also pursuing graduate education in social work and running a community summer school in the neighborhood. La Academia del Barrio was intended to prevent “summer slide” for West Denver school children, offering lunch and classes in Chicano culture, reading, and math.

In 1973, philosophical differences between the Westside Coalition and a competing community organization, Corky Gonzales’ Crusade for Justice, led to significant community tension. A Crusade member shot Castro during an argument and several unattributed bombings occurred, including two May 1974 car bombings in Boulder that took six lives. At around the same time, an unknown assailant bombed Castro’s neighbor’s house, and it is believed the bomb was intended for Castro. Uninterested in perpetuating community violence, the Westside Coalition closed in 1974.

The next chapter in Castro’s life began when he ran for the Colorado State Legislature, winning election as Denver’s District 6 Representative. At the age of twenty-seven, he was one of the youngest members ever to serve in the General Assembly, and was reelected five times. Representative Castro was known as a coalition-builder, as evidenced by his peers repeatedly selecting him Assistant House Minority Leader and by his active involvement with the General Assembly's Chicano Caucus. 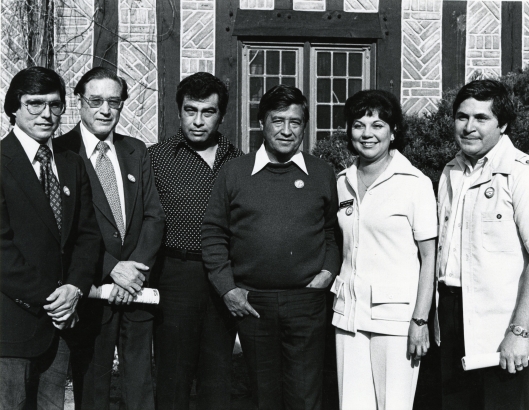 His legislative work included standing against political gerrymandering designed to reduce representation for minority communities in Denver. Castro served on both the Colorado Reapportionment Commission—redrawing district lines following the 1980 census—and later with the Denver Complete Count Committee—making sure Denverites were counted in the 1990 census. 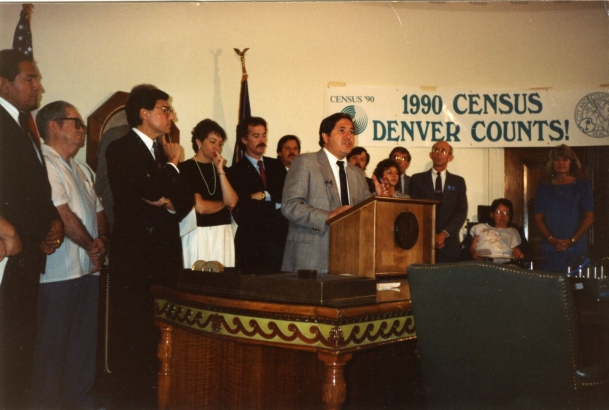 In 1983, he accepted an invitation from newly-elected Mayor Federico Peña to be Executive Director for the Agency for Human Rights and Community Relations (AHRCR). This office arose from the aforementioned Commission on Community Relations, which had failed to produce police accountability at the time of the Curtis Park incident thirteen years earlier. Somewhat amusingly, the Commission’s file on Richard Castro at the time of the incident was found in Castro’s personal papers donated to the library!

Castro’s new agency was a liaison between the mayor's office and community-based organizations of all stripes. In his eight years of service, he continued to support cultural pluralism and civil rights for every community. He vocally criticized efforts to make English the sole official state language, publishing newspaper Op-Eds opposing the “English Only” measure. He also worked to support Denver’s Equal Protection Ordinance, prohibiting discrimination based on sexual orientation or identity (this later led to backlash in the form of the controversial State Amendment 2 in 1992).

Much like the early 1970s, the last few years of Castro’s life were lived at prodigious speed. In addition to his city position, he served on the boards of at least seven different organizations, served in an interim role on the DPS School Board and later ran for the position (losing by a mere 280 votes!). He continued to publish Op-Eds, was working on a book about Hispanic contributions to Colorado, and was appointed to a U.S. Senate Democratic Task Force on concerns of Hispanic citizens. After an active life, on April 13, 1991, Castro died from a brain hemorrhage. Newspaper reports estimated that two thousand people attended his funeral.

Castro’s life offers many lessons about civic devotion and public service. He fought for political representation, cultural and linguistic pluralism, civil rights, and a fair deal for Hispanics and Denverites. Following his death, an elementary school and the city’s human services building were named in his honor, and artist Emanuel Martinez installed a Castro sculpture in the State Capitol building.

We are excited to have Richard Castro’s papers processed and available for the public, and welcome you all to research in the collection when the library reopens.

For further information on Richard Castro and his legacy, see:

The life and times of Richard Castro : [bridging a cultural divide]

It's amazing what Castro was able to accomplish, period. The fact that his life was cut short makes his accomplishments all the more impressive. He was such a tireless community activist. Thanks for sharing Castro's journey.

I agree, Herm! Thank you for reading and for your comments.