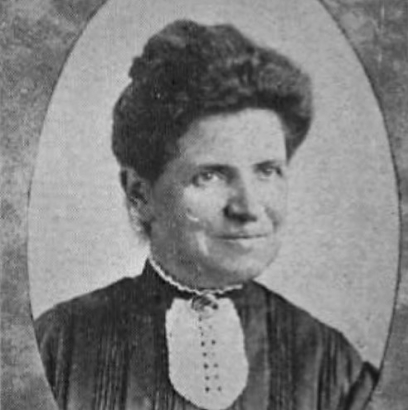 When Dr. Florence Sabin returned to Denver in 1938, she did so with one person in mind: her sister Mary. The two had been close confidants throughout their lives and retirement only strengthened their bond. Mary had been pestering the 67-year-old Florence for years to retire and come live with her in their childhood hometown.

History tends to select certain individuals for glory, as those around them are forgotten or become minor footnotes. While Dr. Florence Sabin made important strides forward for women, medical science, and public health, her sister has faded into history. This article is an attempt to correct that omission and honor all who stand on the periphery of “greatness” while affecting and improving the lives of those around them.

Until their adulthood, Mary and Florence Sabin led intertwined lives. Mary was born two years before her sister (and died two years after her), but experienced many of the same tragedies and triumphs as Florence. Most of the stories we have of Florence’s childhood come from Mary’s memory. As biographer Elinor Bluemel described it,

“It was Mary who talked about the sisters’ early days in Central City and Denver, and it is to Mary that I am indebted for the atmosphere and most of the little stories that are contained in the first twenty-five pages of this book.” 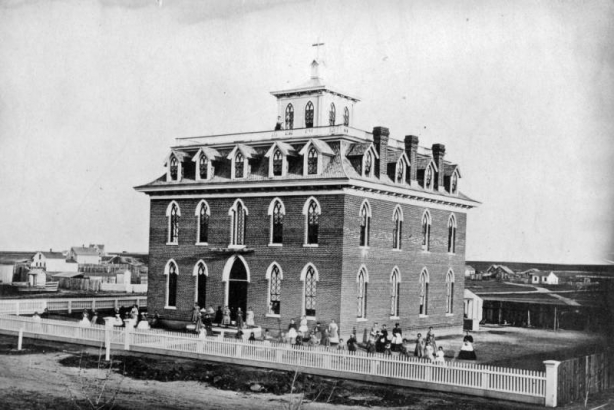 Mary was nine when their mother died, but in the turmoil that followed, she was young Florence’s rock. Together, the two girls went to Wolfe Hall boarding school in Denver, then to their uncle’s home in Chicago, and finally to Vermont Academy near their grandparents in Vermont.

Florence also followed Mary to Smith College, a women’s university in Massachusetts. Yet, at college, their tastes and futures began to diverge, though both focused on STEM subjects (before there was such a thing). Yet even during their decades apart, Mary appears to have served as a major influence in Florence’s life, leading to copious correspondence and confidences.

Florence Sabin’s story is well known (or at least well-documented). From Smith, she went on to earn her M.D. from Johns Hopkins University, became a renowned medical researcher and teacher, and finally returned to Denver to remake the state’s and the city’s public health programs. 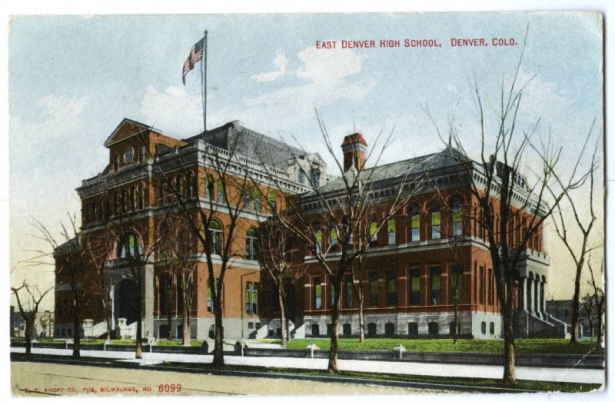 Mary’s story is somewhat more obscure, yet still impressive. She returned to Denver upon her graduation from Smith College in 1891 to teach mathematics and Latin. Shortly thereafter, she joined the faculty at (old) East High School as a mathematics teacher—one of just two women teachers at the school with a college degree. Mary stayed at the school until her retirement in 1931, and when she died, she left most of her estate to the school’s student welfare fund.

At East High, Mary Sabin taught a constant stream of Denver students, including Thomas Hornsby Ferril, Robert L. Stearns, and William N. Vaile. She broke through another East High School barrier in 1925 when she became the school’s first woman honored with an athletic letter. “Taking an interest in athletics is the way I keep young in spirits,” she explained, and at one point in her career, she even served as a girls’ coach.

It is more to Mary’s credit as an influential educator than Florence’s that a Denver Public School, Sabin World School, was given such a name. The 1989 History of the Public Schools of Denver lists Mary as the school’s only namesake, though it does identify her as “sister to Dr. Florence R. Sabin.” 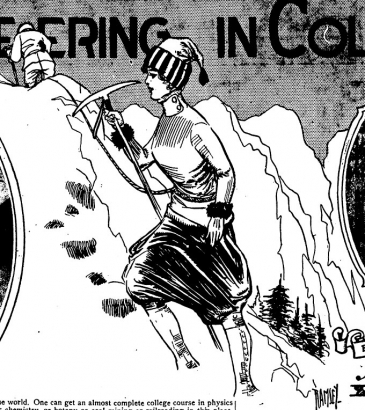 Beyond teaching, Mary’s life appears to have revolved around her various hobbies and passions. Among these was her dedication to hiking Colorado’s mountains and supporting the activity for others. She promoted mountaineering in a series of Rocky Mountain News articles in 1911 and co-founded the Colorado Mountain Club in 1912 with her former student, James Grafton Rogers. She climbed numerous Colorado 14ers, as well as mountains in Switzerland and elsewhere, some with Florence alongside.

From her delight in mathematics and athletics to her mountaineering, Mary often bucked traditional women’s roles in favor of her own interests. She was one of the first Denver women to drive her own car, making her own repairs and loving the “Auburn of a practical green color,” as she wrote to her sister. She also had no interest in building a home, preferring to house-sit for friends and travel extensively. 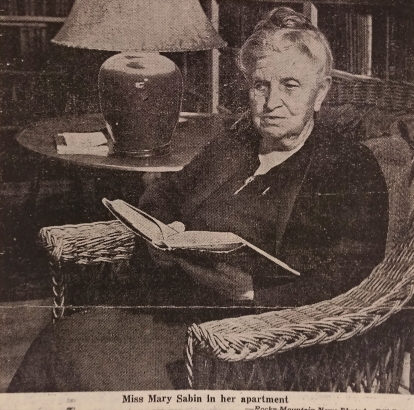 A 1949 profile of Mary called her “Denver’s ‘Other Miss Sabin’” but she was so much more. She set herself apart from society’s expectations as well as those of her younger sister, setting an example for independent women to come. No one is perfect (she is said to have favored her male students) and her circles of influence may have been localized, but Mary Sabin changed lives in Denver and Colorado—and that makes her pretty important in this librarian’s book.

Thanks for this biography, Sarah! I had assumed Sabin World School was named after Florence, and had no idea about her less-famous (but equally interesting) sister. I'm glad at your work to rescue her name from oblivion.

Thanks for reading, Laura! Glad you enjoyed it.

Excellent. Thank you for sharing, Atom!