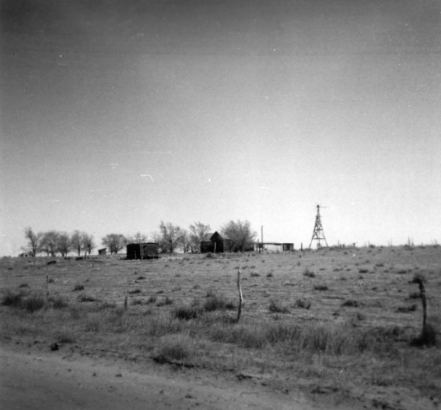 Our Western History/Genealogy Collection (WH/G) is always growing and we're pleased to share a few items that have recently found their way on to our shelves:

Sod Busting: How Families Made Farms on the 19th Century Plains, David B. Danbom (Johns Hopkins Press, 2014) - How did farm families from the East turn 160 acre allotments of Western prairie into viable homes and businesses? That's a question most of us could answer at a high level. If pressed, however, very few of us could walk a listener through the nuts and bolts of what settlers called, "Sod Busting."

Fortunately, David B. Danbom has provided curious readers with answers to just about any question they've got about the specifics of building a farm from scratch. Suffice to say, the whole process involved a tremendous amount of hard labor and, even with a healthy dose of blood, sweat and tears, things didn't always work out.

Whether you're thinking about breaking ground on a farm yourself; are researching a project about prairie life; or are just curious about how things were done in the 19th Century, you'll definitely want to take a look at this book.

Black Lung: Anatomy of a Public Health Disaster, Alan Dickerson (Cornell University, 1998) - Pneumoconiosis, or black lung, as it's commonly known, has been a devastating force in coal miners' lives ever since people started going underground to mine the black rock. Unfortunately, black lung's existence has only recently been acknowledged by the coal mining industry at all.

In this sweeping, and highly informative book, Alan Derickson takes readers into the deepest, darkest corners of both coal mines and the coal mining business as a whole. The story he found is one of appalling neglect and utter contempt for the health and well-being of the men (and they were almost all men) who dug the rock that powered America.

If you're looking for a tale of redemption, this one almost has you covered in the form of the Federal Coal Mine Health and Safety Act, that President Nixon reluctantly signed in 1969. While Nixon's efforts were appreciated, Derickson points out, "Though hardly eradicated, black lung extracts a smaller human cost than it did prior to the passage of the (Act)."

Undivided: A Muslim Daughter, Her Christian Mother, Their Path to Peace, Patricia Raybon and Alana Raybon (W Publishing Group, 2015) - Patricia Raybon desperately wants her adult daughter Alana to be a Christian. The only problem is that Alana has converted to Islam and has no intention of returning to the religion her mother holds dear. This non-fiction family drama offers metaphor for the world at large and a lesson for those who seek to mend fractured families - no matter what caused the fracture in the first place.

The journey that these two Colorado women take is inspirational, informative and more relevant than ever. Whether you're seeking to find peace with your own family issues or just want to read about how mothers and daughters interact, you'll find something of interest in Undivided.

Water to the Angels: William Mulholland, His Monumental Aqueduct, and the Rise of Los Angeles, Les Standiford (CCCO, 2015) - High in the Sierra Mountains, a steady stream of water travels more than 233 miles along an aqueduct before realizing its destiny in kitchens, bathrooms, and landscapes across the Los Angeles Valley. The story of how that aqueduct came to be built and the man behind it is an epic tale whose impact is still felt today (especially with California in the throes of a serious drought).

Do you know a Colorado author whose work should be in our collection? Send your suggestions to history@denverlibrary.org.