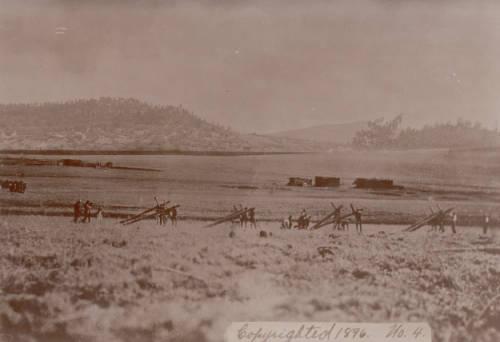 Newspapers once called the Penitente community “a ‘secret’ and ‘strange mountain cult’ enacted by ‘swart hot-eyed Mexicans and half-breeds’ that needed to be exposed” (The Sacred World of the Penitentes by Alberto Lopez Pulido, page 26). Outsiders saw Penitentes as a secretive cult employing deviant practices. The Penitentes were a Catholic order of men (frowned on by the Vatican) that formed and flourished in the Eighteenth and Nineteenth Centuries as Spanish missions in the Southwest declined. And the Penitentes did engage in some startling and arguably brutal rituals (at least by today’s American standards).

During Holy Week, they publicly whipped themselves with Disciplinas, whips made from Yucca stalks. They bound bundles of cacti to their bare backs or were bound to heavy wooden crosses as they walked through the Stations of the Cross. As for rituals that went on behind closed doors, a novice received three Ave Maria cuts on his back to show that he was a genuine Penitente. A man who had wronged his family, community or fellow Penitentes might receive a flogging or be made to crawl back and forth with bare hands and knees on pebbles and stones.

The Penitentes were also extremely secretive. A member would be punished for revealing information. While these painful practices alienated a few members, for the majority of Penitentes, they served as a kind of social glue, much as violence has been included in other cultural coming-of-age rituals and rituals of inclusion from time immemorial.

The Penitentes also were a source of clout and political power for Hispanics. Hispanics in the Southwest faced pressure and discrimination from outsiders. Protestant ministers in the San Luis Valley saw Penitentes as rivals for church membership. Newcomers wanted the land that Hispanics lived on. If a member faced trouble in the community, he could ask his Penitente brothers for help. He might receive legal support, food, or other aid. The Penitentes gave the Church money for funeral expenses. The Penitentes also partnered with the Sociedad Protección Mutua de Trabajadores Unidos, a union of Hispanic workers, to bring protection and aid to members. The Penitentes still exist today.

To learn more about the Penitentes, read Ruben E. Archuleta’s excellent book Land of the Penitentes: Land of Tradition, available in Western History and Genealogy. Search for photos of Penitentes in our Digital Collections.

This is the best thing ever. lol
Thanks for reading the blog, Jacob.