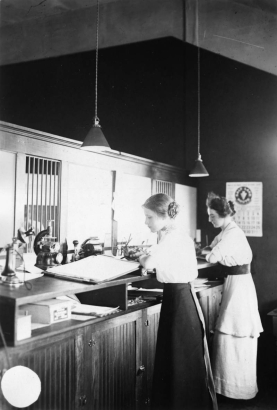 When I started my podcast MoneyTalks 50+, it was an attempt to help women – older women especially – who face unique financial challenges as they age. Two questions kept lingering in the back of my mind: Why do women face different financial obstacles than men? How did we get here?

We know women have consistently been excluded from financial decision-making in their private homes and businesses as well as in public leadership, but we don’t often ask why. During Season 3 of MoneyTalks 50+ and at my March 2 presentation on Numbers Too Big to Ignore, we will analyze history from before the Gold Rush to today to answer my question, remembering the strong women who paved the way for us to enjoy the right to vote – and to open a bank account. 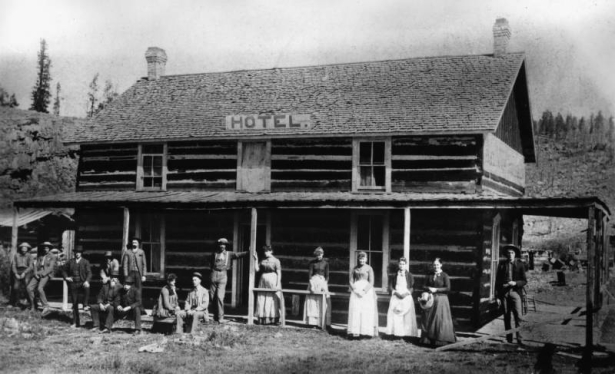 In 19th-century Colorado, settler women had few rights to property or money despite working to support the emerging state. In mining communities, women were far outnumbered and were essential in supplying miners with food, cigarettes, and companionship. In local Native cultures, women were often the ones to prepare skins, quill work, and other materials for trade with the influx of settlers from the East as well as other tribes.

Although many women engaged in labor at the time, few benefited from the wages they made. Similar to some places today, wages for sex work went to a pimp or madam who required women to meet daily quotas to obtain lodging and meals. Many women engaging in sex work died in poverty.

Other women in Colorado were able to establish themselves professionally, like Julia Archibald Holmes, who was paid equally to her male counterparts as a single mother working for the Department of Interior. Clara Brown, the first Black woman to cross the Great Plains during the Gold Rush, helped hundreds of freed slaves start new lives in Colorado by giving them the profits from her laundry stores.

The Sherman Silver Purchase Act of 1890 caused the Panic of 1893 and also set the stage for women’s suffrage in Colorado. While white men were the only ones able to vote on the general election referendum in November 1893, women made sure their voices were heard. When the referendum passed, Colorado women became the first in the nation to be granted the right to vote and were finally able to hold a role in politics throughout the state. 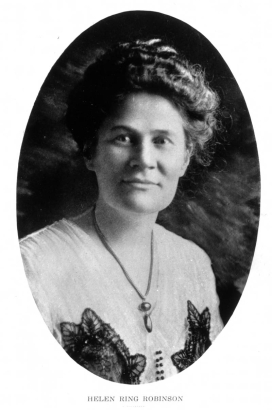 At the beginning of the 1910s, Colorado had undergone tremendous population growth and many women were building cultural institutions such as the Denver Art Museum and the Denver Public Library. Voters elected Helen Ring Robinson to the Colorado State Senate, making her the first woman in Colorado (and just the second in the nation) to hold a state senate seat. She ushered in a new era where a woman had a voice in politics and was able to fulfill leadership roles. Robinson attempted to pass an array of progressive bills – including one establishing a minimum wage for women – but the bills failed to garner support.

With the beginning of World War I, women became essential in filling workforce gaps, especially in agriculture. They established the Women’s Land Army (WLA) to support farmers experiencing labor shortages; though initially reticent, farmers were ultimately grateful for the WLA’s crucial help. During this time, women also sold War Bonds and encouraged communities to plant gardens (dubbed “Victory Gardens” after the war) to feed those at home and overseas. After World War I, the WLA faded into the background until it re-emerged during World War II. 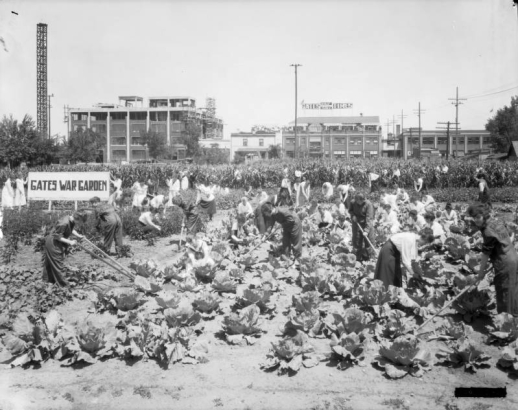 During the Great Depression, women in Colorado saw their roles change yet again, as they lost jobs they had been employed at for years. The New Deal programs were vital in helping Coloradans get back on their feet – particularly the Works Progress Administration (WPA), which provided hundreds of primarily construction jobs to men across the state. A few women worked for the WPA also, running adult education programs and performing research and recording work. Rural women earned money sewing, gardening, canning, and serving school lunches, but their wages were low. While a skilled man could make up to $90/month, a woman often made less than $40/month.

World War II, similarly to World War I, engaged Colorado women in the war effort by urging them to fill gaps in the workforce for agriculture, factories, medical care, and non-combat military roles. With men fighting abroad, women took on responsibilities such as household finances – many of them for the very first time. World War II opened the door for women to have a vital and permanent role in the workplace, of which many took advantage of in the following years. 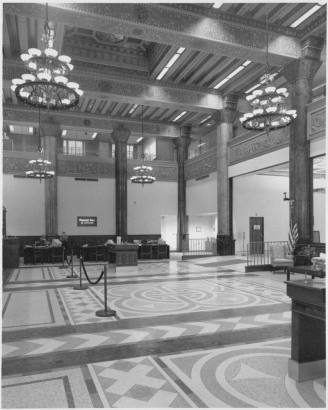 As late as the 1970s, women were unable to receive many typical bank services that men were able to access. Bessie LaRae Orullian was hired in Denver as a secretary at Guaranty Bank, where she was quickly promoted, but was unable to get the job she wanted because it was designated for men only. Throughout her career, Orullian worked her way up to Vice President at the bank and often performed the duties of the bank president. A board member, however, told her Denver was not ready for a female bank president.

Despite the strides we’ve made, there is still a long way to go in reducing financial inequities. Women are awarded less money in credit limits and loans, even if they have a better credit score than a man with a similar credit history. Women continue to fight for equal wages. Remembering how far we’ve come in ensuring financial equity in Colorado should inspire us to continue fighting for financial equity for all people.

Learn more about the topics discussed in this blog:

And check out our other Women's History Month programs, book lists, and blogs.

I was fascinated to read “The Girl Who Dared To Defy: Jane Street and the Rebel Maids of Denver” about the organization of women working as domestics in denver in 1916.

Thanks for reading and sharing, Carol. We have heard great things about that book. Anyone interested in checking it out, here's the catalog record: http://catalog.denverlibrary.org/view.aspx?cn=2234875