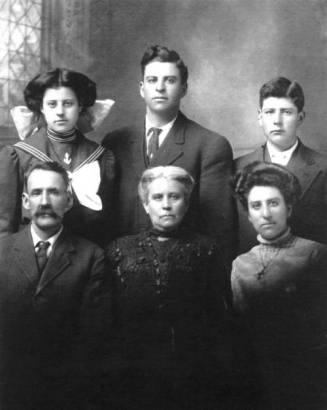 When genealogists and historians research Spanish-surnamed ancestors and families, they may come across naming conventions, traditions, and customs that differ from English-speaking families. While there are variations in different locations, time periods, and families, this article highlights two of the more common differences researchers may encounter.

A major difference researchers encounter is the number of surnames. In Spain and Spanish American countries, except Argentina, each person has two surnames. Traditionally, the first surname is paternal and comes from the father, while the second surname is maternal and comes from the mother. In recent years, some countries have allowed parents to alter the order of surnames for their children, but in historical records paternal surnames generally precede maternal names. Some of the Spanish records in Arizona, California, Colorado, Florida, New Mexico, Puerto Rico, and Texas may use two surnames, although this varies by time period.

The death certificate of Esperanza Hernández Rivera from Delicias, Chihuahua, Mexico, is an excellent example. The certificate uses “apellido,” the Spanish word for surname, last name, or family name in English. Hernández is the paternal surname Esperanza inherited from her father and Rivera is the maternal surname she inherited from her mother. Vocabulary may vary in records and researchers may see “paternal/maternal surname” or “first/second surname” or simply “apellidos” in the plural.

The death certificate lists Esperanza’s father as Juan Hernández García and her mother as Amalia Rivera Espinoza and confirms the paternal and maternal surnames. The fact her parents also have both surnames recorded offers valuable clues for researchers who want to trace this family back another generation. Since Juan inherited Hernández from his father and García from his mother, the researcher knows the surnames of Esperanza’s grandparents. This information can be used to find Juan’s correct birth record, which could be tricky since "Juan Hernández" is a common name. By knowing that García is Juan's maternal surname, researchers can avoid confusing Esperanza’s father with another Juan Hernández. The term “finado” in parenthesis means they are deceased.

Just about every person listed on Esperanza’s death certificate – from witnesses to the government official certifying it – has two surnames listed. While this is the norm on legal documents, official papers, and vital records, in everyday life it is common to only use a paternal surname. For example, the Spanish actress Penélope Cruz often omits her maternal surname Sánchez and the Mexican soccer player Rafael Márquez does not have his maternal surname Álvarez printed on his jersey.

Another important Spanish-speaking naming custom is that women usually do not change their surnames when they marry. In our example, we see that Esperanza has kept her maiden name of Hernández even though the certificate states she was “casada” (married) and her “cónyuge” (spouse) was Rodolfo Ontiveros Mata. Women keeping their maiden names is helpful when sorting through records where couples have the same names as contemporary neighbors, such as census records.

In a local example, Policarpio Córdova and his family took a family photo in Trinidad, Colorado, in the early part of the 20th century. He is seated to the left of his wife who is listed as Gumucinda Chacón – not Córdova – and they are surrounded by their children: Isabel, Rosa, Amadeo, and Policarpio Córdova, Jr. 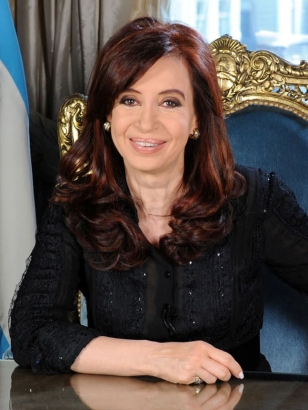 Official portrait of Cristina Fernández de Kirchner, president of Argentina (2007-2015). Image courtesy of the Presidency of the Nation of Argentina.

Nevertheless, there are women who do adopt their husband’s surname. Some replace their maiden name, as is customary in English-speaking countries, while others add “de” – meaning “of” – between the surnames. For example, Cristina Fernández was the first lady, vice-president, and president of Argentina. She was married to Néstor Kirchner, now deceased, and goes by Cristina Fernández de Kirchner.

When people with two surnames from Spanish-speaking countries emigrate to countries where one surname is custom, they have several choices. Some will drop one surname, usually the maternal or second surname. Others may choose to hyphenate their names. In the first example, Esperanza could have gone by Esperanza Hernández or Esperanza Hernández-Rivera in the United States, or even Esperanza Ontiveros if she had adopted her husband’s surname. To avoid missing any records, good researchers would look up all these variations in their research.

As researchers encounter different naming customs in their work, it is important to be familiar with differences. This helps to avoid mistakes, focus on the correct families, and save time. It also fosters an appreciation and respect for different cultures, traditions, and customs.

This is so interesting! Thanks for sharing.

You're welcome. I'm glad you found the blog interesting.

Excellent blog post! Thanks so much for explaining it so clearly and for emphasizing the information that the two surnames can provide for genealogical research. I will share it with colleagues at the library where I work.

You're welcome. I'm happy to hear that the information will be useful.

Thank you, very thorough and well explained. It now makes sense to see the paternal last names for females in my family in Actas de Nacimiento, Defuncion, y Matrimonio.

You're welcome. I hope this helps you in future research.

My kids have the two last names too. And to make sure my last name is always used I hyphenated their last names. Often the paternal last name ends in middle name if the child does not have one. A hyphen fixed this, but it does open a different challenge... ni modo.

The hyphen is a band-aid when a person wants to keep both names in a place where only one name is the norm. It does lead to messes though, especially when software and people eliminate the hyphen and "García Pérez" becomes Garciaperez!