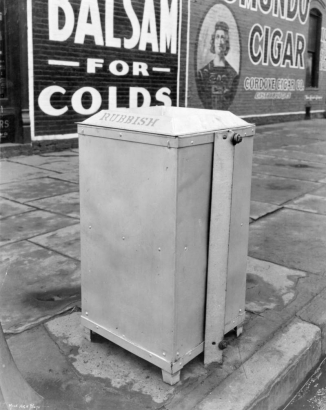 Before Denver had regulations and infrastructure to manage garbage and biohazardous waste, it relied on water, fire, and even swine to dispose of its refuse. Read on to learn how Denver grappled with waste management during its early years. 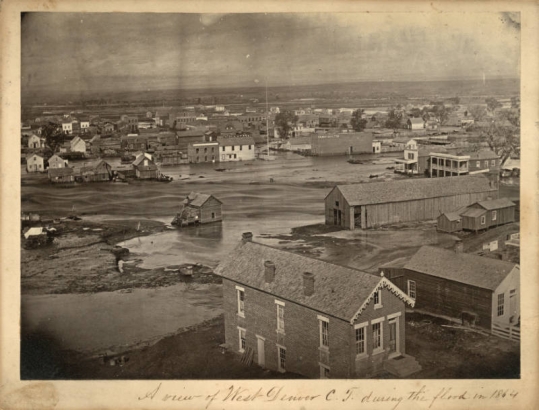 The Great Flood of 1864 took the lives of at least eight people and destroyed many buildings in the Denver area.

It also swept away the city's trash, which had been accumulating since Denver's founding.

Just as in other cities, Denver's waterways and their banks served as dumping grounds for waste. The 1864 floodwaters had, as a July 5, 1864, Rocky Mountain News article reported,

. . . cleaned the low grounds and river banks of the accumulated heaps of manure, garbage and dead animal matter of five years gathering.

. . . provide some suitable place leeward or eastward of the city for a Golgotha, and compel livery men, butchers, and all other refuse garbage makers to remove their trash thither, and henceforth keep the city clean and healthy.

A resident physician attributed the high death rate in Denver (one death per day) during the previous fall and winter to the "piles of decomposing manure and dead animals lying about the western and lower portions of the city."

At the time of the article, F Street (now 15th Street) was being graded with "fresh stable manure." The aroma of Denver in 1864 was likely pungent, to say the least. 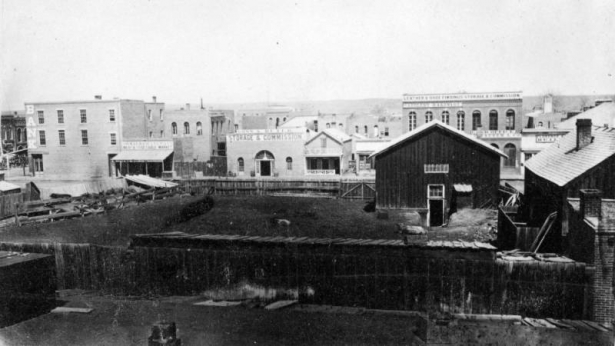 In its coverage of Denver common council proceedings, the July 4, 1873, issue of the Rocky Mountain News announced,

The bond of the city scavenger was presented, read and approved.

The city scavenger was a garbage collector of sorts — responsible for removing waste of all kinds from the city and either burying it or disposing of it in dump areas outside city limits. The types of waste City Scavenger J. W. Traux had to collect are documented in his report published in the Denver Daily Times on August 1, 1873:

During the month ending July 31st, there were removed from the city limits the following carcasses: 1 horse, 2 cows, one calf, removed and buried; five dogs, nine cats, 378 hens, fifteen wagon leads of rubbish and garbage have also been carted outside the city limits. 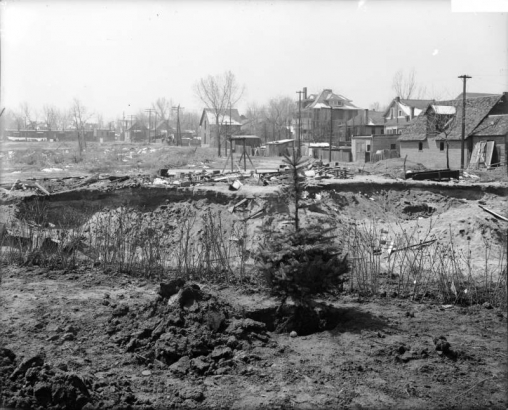 Additionally, the city scavenger was expected to play inspector and serve citizens with "notices to abate nuisances." During July 1873 alone, City Scavenger Traux issued 287 of these notices to Denverites. Roughly 1/4 of these were for the cleaning of privies.

The efficacy of these notices was perhaps low, as the Rocky Mountain News lamented on February 8, 1874,

It is a common remark that since the city was laid out not a privy vault has been emptied, and the duty of the official paid by the city and known as the scavenger, consequently embraces nothing in this particular line but the removal of other nuisances.

The Office of the City Scavenger was abolished by an ordinance on July 16, 1883, after an embezzlement scandal surfaced. Denver added "sanitary inspectors" to their payroll a year later. 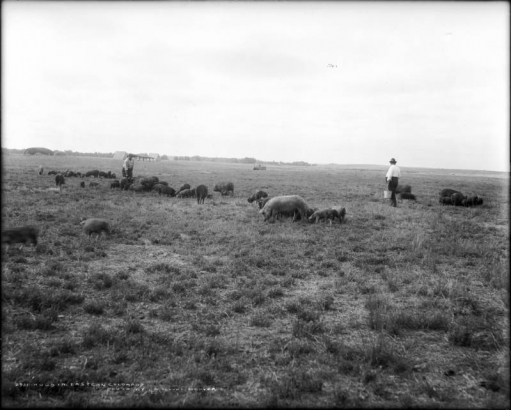 Through an annual contract made with the Hog Growers' Association, animal and vegetable matter was removed by the Association without any cost to the city. The seventeen members of the association were each assigned a district in Denver for waste collection.

. . . . Garbage collections are made daily in the business district and every second day in the residence districts. Every eating house and resident must have a galvanized iron garbage can with cover, holding not less than 10 gallons . . . .

. . . The garbage is removed in iron-bodied vehicles with the inscription "garbage cart" printed on the sides . . . . The garbage is sorted by machinery at the various branch stations, all of which are located outside the city limits. The parts that cannot be used for feeding or in the manufacture of by products are incinerated . . . . 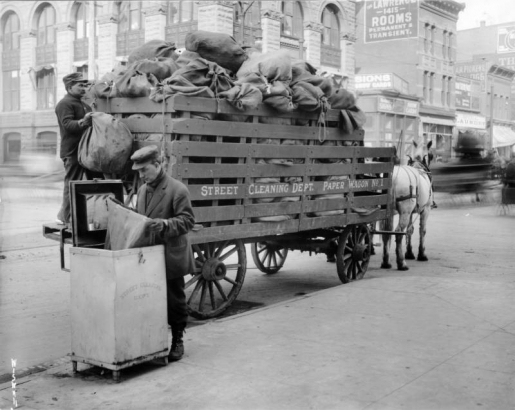 Not permitted inside the garbage cans were "paper, tin cans, glass, broken dishes, bottles, old shoes, dead animals, and dish water." Refuse like that was hauled away by Denver's sanitary inspectors and brought to dumping stations. In 1909, there were three dumping stations located at 2nd Avenue and Downing Street, Wynkoop Street between 26th and 31st Streets, and along the Platte River between West Colfax and West 23rd Avenue.

In 1943, an American Journal of Public Health article warned that feeding uncooked garbage to hogs resulted in human trichinosis, and enthusiasm for the practice waned throughout the country. Denver, however, continued have some of its refuse hauled away and fed to swine through at least 1962, when Sam Hansen, garbage collector and manager of the Denver Hog Growers Association, retired after 46 years contracting with the City (Rocky Mountain News, September 30, 1962, p.27) 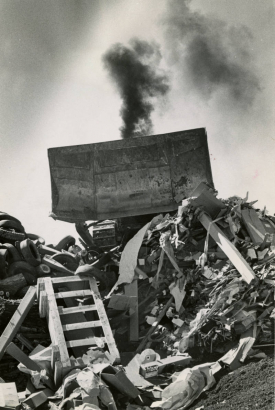 The task of keeping trash under control was certainly challenging in Denver during the late 19th and early 20th centuries.

And it certainly didn't get easier by the mid-20th century, when the rise of pre-packaged and disposal products resulted in greater volumes of garbage and new varieties of waste (plastic containers and aluminum cans, for instance). The story of that challenge, however, warrants its own forthcoming article.

F Street in 1864 referred to what later became 15th Street. Federal Boulevard was known as 'Boulevard F' before it became Federal.

You are absolutely correct, Phil. Thank you for pointing out this error - the article has now been corrected. Page 110 of Denver streets : names, numbers, locations, logic / by Phil Goodstein verifies this information.

This was FANTASTIC!! I just love reading about Denver history. So well documented with references and pictures. Can't wait to read another one!
Thank you!!

When I was a kid in the 1950's, I remember taking trash to the city dump with my father, but cannot remember where that was. Someplace southeast. Does anyone know?

Julia, I believe that was probably the Lowry Landfill, which was originally part of Lowry's bombing range southeast of Denver.

Oh, thank you. We lived at Jasmine and Florida and it seemed so rural once upon a time.... before they build the bridge at Cherry Creek.

My memories are that we burned our trash from a container in our backyard. Many of these containers have been removed, but from my walks, there are still an number in alleys.

I still see them in the alleys, too. Thanks for reading and sharing, Mike!