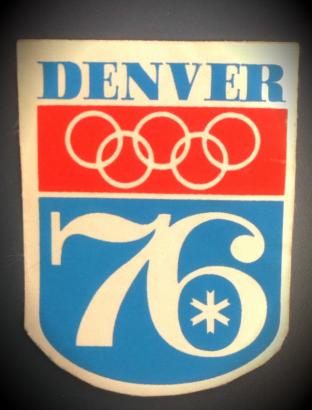 On May 12, 1970, the International Olympic Committee (IOC) chose Denver to be the host city of the XII Winter Olympic Games (1976). Denver edged out Sion, Switzerland; Tampere, Finland; and Vancouver, Canada.

On November 7, 1972, Colorado voters, concerned about the financial burden and environmental impact of the Olympic Games on their state, rejected a $5 million bond issue that would fund the event. Shortly thereafter, Innsbruck, Austria, replaced Denver as the host of the 1976 Winter Olympic Games.

Although Denver never did bask in the glow of the Olympic torch, the plans set out by the Denver Olympic Committee from 1967 until 1972 remain in the archives of DPL’s Western History and Genealogy Department (WH1143, The Denver Organizing Committee for the 1976 Winter Olympics records) and are open for research. See them for yourself and discover the Denver that might have been!

Thank you for the informative history. I was under the impression when I lived in Denver from 1983-2016 Olympic Village was going to be at the high rise at 20th and Park Avenue.
Didn't the Denver '76 organizing committee go as far as sign a $10 million TV deal with ABC for those Olympics which Innsbruck agreed to accept after Denver backed out and got replaced by Innsbruck, rather than putting the United States TV TV rights going out to bid again?
Hi Joseph, I'm not seeing evidence of this in newspaper articles. In a March 29, 1972 Denver Post article ("Price Tag on '76 TV Coverage Closer" p19) "The DOC can't begin to sell its television rights until after the International Olympic Committee (IOCC releases final ground rules at the Munich Summer Olympics in September. . . .The DOC's original revenue estimate from TV rights was $10 million." Even as late as October, it appears no deal had been reached. On December 9, 1973, the Denver Post reported (p. 276): "ABC has been awarded exclusive television rights to the 1976 Winter Olympic Games in Innsbruck, Austria, Feb. 4-15. Previously, the network had gained exclusive U.S. coverage of the 1976 Summer Olympic Games in Montreal."