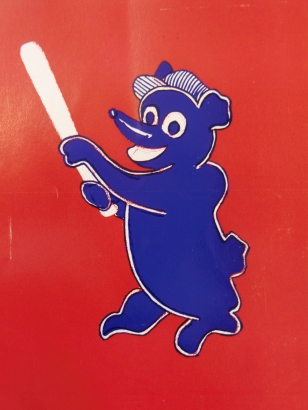 There was unparalleled excitement when the Colorado Rockies played their first game in Denver. Decades of anticipation and disappointment had finally been fulfilled with a major league team. Unlike the Denver Bronco football team, which played before thousands of empty seats for much of their first ten years of existence, the Rockies were sold out for the first five years. Colorado – and a forgotten time zone – was simply frantic to get into Mile High Stadium and then Coors Field.

Baseball has a long history in Denver and Colorado, traced admirably by Duane A. Smith in They Came to Play and Mark S. Foster in The Denver Bears: From Sandlots to Sellouts.

Baseball really blossomed in Denver after World War II. The Denver Bears were in the Western League and were owned by Bob Howsam and his brother Lee. Together they built a first-class minor league organization while in the American Association and Pacific Coast League. The Bears were affiliated with numerous major league teams; among them, the New York Yankees, Detroit Tigers, Chicago White Sox, and the Montreal Expos. Howsam left Denver and went on to build the Big Red Machine in Cincinnati, which dominated the National League from 1970-1976 and won five division titles, four league championships and two World Series titles. Howsam’s papers (WH1158) are available in the Western History Collection. His book My Life in Sports details his experiences as a baseball general manager.

Before Howsam, there was baseball at Merchants Park (among other locations). It was located just south of the old Montgomery Ward store that was a south Denver Landmark for decades at the corner of Virginia and South Broadway. Merchants Park was where the barnstorming teams of Babe Ruth, Satchel Page, Bob Feller and others played with their all-star teams to make some extra money after the regular season ended. In those days, players did not receive the obscene amount of money they do now to play a game.

Merchants Park was built of wood and didn’t have enough capacity or space to grow, so they located land at 20th and Decatur, and on October 16, 1947, announced plans to build a new stadium on what had been a city dump. Ironically, ground was broken for Coors Field exactly 45 years later. Bears Stadium opened on August 14, 1948. 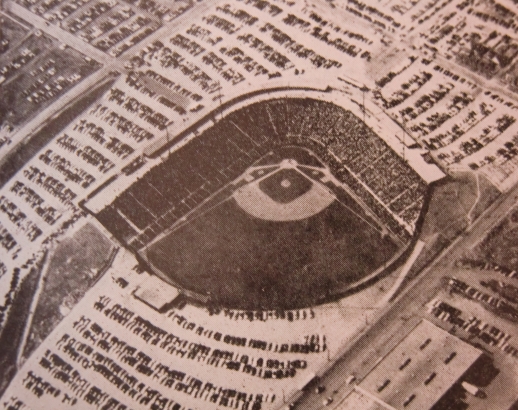 Minor league baseball fans were different from the major league fans. We were just as savvy about the playing of the game, the nuances, and the statistics as well as the strategy, but we didn’t want our favorite player to do too well. If they did, they would be called up to the major leagues and we’d have to settle for someone else.

Fans by the thousands would come to Bears Stadium. Sometimes, for important games, 18,000 seats would not be enough. Rather than turn fans away, they would allow the latecomers to stand in the outfield roped off on the warning track. 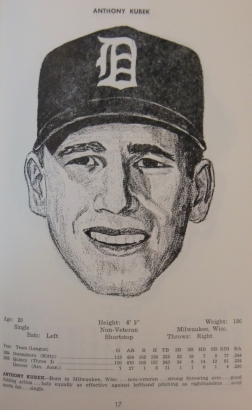 The players who wore a Denver Bears uniform before making it to “the show” are legion. We saw the keystone combo of Tony Kubek and Bobby Richardson play together in Denver the year before they and their catcher, John Blanchard, and manager, Ralph Houk, moved up to the Yankees. 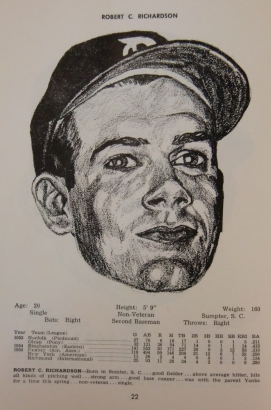 Don Larsen pitched in Denver two years before throwing the only perfect game in World Series history. Bill Freehan caught here before making his way on to the Detroit Tiger team along with Jake Wood and Mikey Lolich. And who could forget Marvelous Marv Throneberry playing on a Bears team before making his name as a New York Met and appearing in beer commercials? 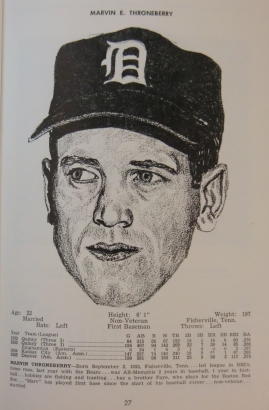 Tony Larussa and Tommy Lasorda played in Denver on their way to spectacular careers as managers. So, yes, we cheered, we watched and followed players through their major league careers recalling their growth before our eyes as minor league ballplayers.

Oddly enough, the “thin air” and pitchers nightmare was not a topic of conversation year after year the way it has become since the Rockies arrived. In 1987, I was watching the Bears/Zephyrs game on television June 3, 1987, when Joey Meyer hit a ball into the upper deck in left field. The ball traveled an estimated 582 feet, the longest homerun in professional baseball history. It was such a memorable drive that they changed the seat color so fans could point to it in awe for years to come. The guy who really got shortchanged though was John Jaha who hit a ball that landed just one row short of where Meyer hit his – but nobody ever seems to mention his homerun.

The Colorado Rockies home opener is Friday, April 10 at 2 p.m.

See you at the ballpark! 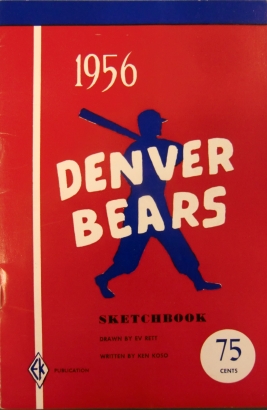 Great stuff. Thanks for sharing!

Is there anything that will help the Rockies? Bring back the Bears.

The best seat at Merchants Park was the hill behind the center field fence where you could talk to center fielder Willie Skeen.

Except for the night they called "Willy Skeen Night" to honor him and he didn't show up for the game. They told me he was drunk. I was selling hotdogs in the stands that night as a little kid. If I wasn't at Merchants Park, I was listening to Bill Reed give a play-by-play radio broadcast over KMYR whether the Bears were home or away.

I was reminded today of fond memories of the Denver Bears when I saw the acknowledgment of Whitey Herzog’s 89th birthday in today’s Spokesman-Review. He was a fine and very swift center fielder for the Bears when they were a Yankees farm club. I saw many games at Bear’s Stadium including a double header sweep one night when Marv Throneberry hit a majestic 450++ foot two-out walk off grand slam home run to win the second game 12-11. What fun it was!

Thanks for sharing that Steven! Denver's pre-Rockies baseball history was pretty rich and very fun!

Thanks for sharing, I think Marvelous Marv earned his knickname in Denver. Those were the best of times. You could almost always get into a game, at a great price. We lived 20 blocks south of the stadium and could hear the crowds some nights. My Dad and I would go to an 8 o'clock game and be home by 10:15. I can still remember how mad my dad got when they raised parking to a quarter! We started parking on Federal with our car facing south so we could race out of the stadium at the final out and be nearly home before some people got to their cars.

Your citation above is incorrect. "Baseball really blossomed in Denver after World War II. The Denver Bears were in the Western League and were owned by Bob Howsam and his brother Lee."

The Howsam family owned the team. Bob's father was named Lee and his brother was Earl.

Thanks for the correction.

Are there any recordings of games made by Bill Reed out there?