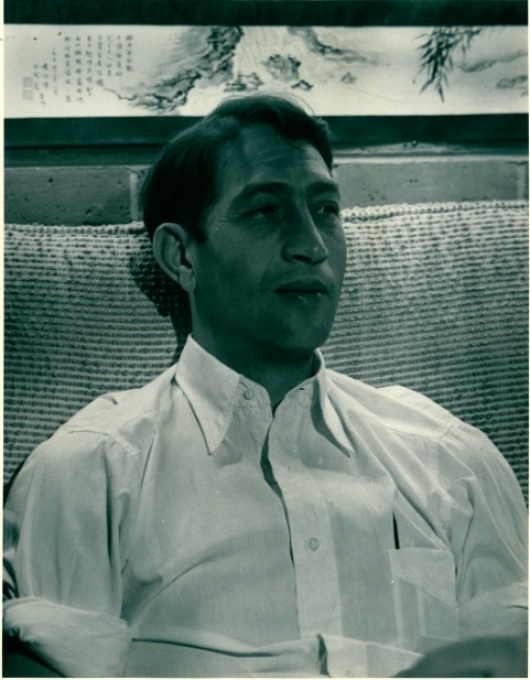 Victor "Vic" Hornbein was born in Denver, Colorado in 1913. He was the youngest of four children. Victor’s father worked at a pharmacy, and eventually opened his own drugstore. Victor’s mother stayed home to raise Victor and his siblings.

Victor attended East High School in Denver. Victor did not like school and was not a very good student. He had straight Cs in every subject except art. Victor was a gifted artist, and got As in even the most advanced art classes at East High School.

The summer after his junior year of high school, Victor’s art teacher helped him get an internship with an architect named Montana S. Fallis. Victor helped work on the Mayan Theatre during his internship. The next summer, he held an internship with G. Charles Jaka, and helped Jaka with his designs for the famous Cruise Room at the Oxford Hotel.

Both of Victor’s internships ended early when the hiring architects ran out of money. The United States was in the middle of the Great Depression. No one had the money to create new buildings anymore, and many architects had to lay off many people or close their businesses entirely.

Victor graduated from East High School in 1930. At his graduation, he won an award for his excellent work in architecture. As part of his prize, he won a book on the architecture of Frank Lloyd Wright. This book changed Victor’s life.

When Victor saw Frank Lloyd Wright’s buildings for the first time, he knew that was the style building he wanted to create. He loved the smaller scale of the buildings, and how sleek and simple they were. He thought they were much more modern and elegant than the highly decorated Art Deco buildings. 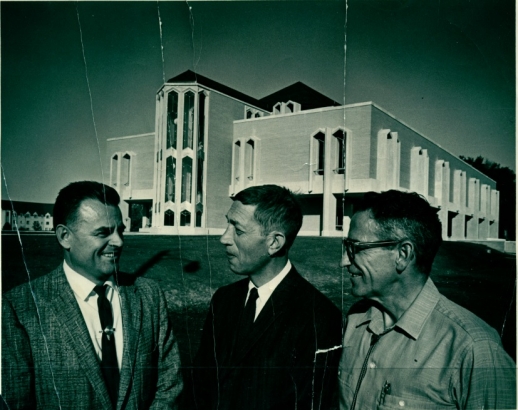 Victor (middle) with other Colorado architects

After Victor graduated from the Beaux Arts Atelier in 1934, he went looking for work. Unfortunately, the Great Depression was still in full force, and there were no jobs for architects. Victor decided he would travel to Chicago, where his older brother had moved. Victor went to see the World’s Fair in Chicago, and was amazed by all the buildings in the city. Victor was even able to visit some of Frank Lloyd Wright’s houses in Chicago, the first time Victor had ever seen Wright’s work in person. Victor loved Chicago and wanted to move there with his brother. But Victor’s brother told him to go back to Denver. There were no architecture jobs in Chicago, either – but many more unemployed architects.

Victor came back to Denver determined to become a modernist architect like Frank Lloyd Wright. Even though there were no architecture firms hiring, Victor decided to try and make a living any way he could. He took a job with a roofing company and did projects with the Works Progress Administration (WPA).

The WPA sent Victor and many other hopeful architects to New Mexico to create an inventory of historic buildings. This would help the government keep track of which historic buildings needed repair. Victor went to New Mexico with Burnham Hoyt, Arthur Fisher, and many other people who would go on to become famous Colorado architects. Victor loved that buildings in New Mexico were made with local materials and built to blend in with the environment.

After they finished the project in New Mexico, the group of architects was sent to Pueblo, where they helped build and create the State Hospital there. Victor then returned to Denver, where he worked odd jobs as an assistant for many architects.

In 1940, Victor passed the exam to become a licensed architect. This meant he could design buildings on his own. After passing the exam, he moved to Los Angeles. Frank Lloyd Wright had an advanced architecture school in Los Angeles, and Victor hoped to become a student. However, Victor was not able to afford the high tuition for the school.

While in Los Angeles, Victor became friends with Paul Frankl, a famous furniture designer. Paul Frankl asked if Victor would like to work for him, and Victor agreed. Victor and Paul Frankl created many beautiful pieces of furniture for directors and celebrities.

While Victor was in California, his friends in Denver contacted him to tell him that FBI agents were looking for him. They said the agents claimed he failed to appear for his draft, and was facing prison time. Victor returned to Colorado as quickly as he could to find out what was  happening. He met with the FBI and discovered that it was actually a different Victor Hornbein who was not responding to his draft notice. However, they told him to expect a draft notice of his own very soon.

Shortly after, Victor received word that he had been drafted into World War Two. Victor was drafted into the Army Corps of Engineers, and used his architecture background to help create buildings for the Army.

The War helped bring money back to the United States. After the end of World War II in 1945, Victor decided he would return to Denver. Maybe now he would have the chance to follow his dream of designing buildings in the city he loved.

In 1947, Victor married his longtime friend Ruth Kriesler. Ruth was a professional dancer, and one of the first modern dancers in Denver. After her dancing career ended, she earned a PhD in psychology and became a psychotherapist. Victor and Ruth encouraged one another to break boundaries and explore new ideas.

The couple moved to the Montclair neighborhood, where Victor designed their home on a large lot. He attached his architecture studio to the home, which was done in his signature style.

People who admired Victor's home asked him to design theirs as well. Victor worked in what was called the modernist style. He wanted to create buildings that were beautiful but simple, made from local materials. He designed many homes in the Montclair and Hilltop neighborhoods. Victor became a very popular architect for people who wanted homes that were new and different, but tasteful.

In 1951, Victor was hired to design Cory Elementary School. This was his first public building. Cory won many modern architecture awards. Victor became very busy designing public buildings throughout Colorado. Some of his most famous buildings are the Broadway branch of the Denver Public Library, Kent Denver School, the Aurora City Hall, the Aurora Public Library, Graland Country Day School, the Zera Abraham Synagogue, and multiple buildings at the University of Colorado's Anschutz Medical Campus.

In the 1960s, Victor and his friend Ed White, another famous modern architect, worked together to design many buildings. Their best-known project was creating the beautiful modern buildings at the Denver Botanic Gardens. Their crowning achievement at the Botanic Gardens was the iconic cement and glass conservatory. This building is one of the most recognizable buildings in the state of Colorado, and won many international design awards. 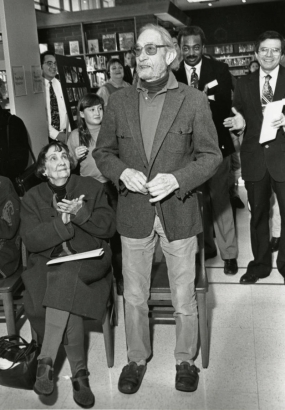 Victor's work was published in home and architecture magazines around the country. Many modern architects, especially in the West, are inspired by Victor and his buildings.

In November of 1994, Victor's wife Ruth passed away. He predicted that he would not be far behind her. He was right.

In July of 1995, Victor died suddenly of a heart attack. He was eighty-one.

Victor designed almost one hundred homes and public buildings in Colorado. They are some of the most interesting and beautiful modern designs in the state.

architect – a person who creates buildings

modernist – a new way of designing buildings that became popular in the 20th century. Modernism emphasizes simple, functional design rather than ornamental finishes

Art Deco – a decorative art style in the 1920s and 1930s, characterized by bright colors and bold geometric designs

conservatory – a greenhouse for growing or displaying plants

elite -  the best of a group

Have you ever seen a house or building by Victor Hornbein? What did you like about it? What would you change?

Imagine you are an architect. What style of building would you design and why?

Victor Hornbein Biography Clipping File: Newspaper and journal articles about Victor and his buildings. Can be viewed in person on the fifth floor of the Denver Central Library.

Memories of an Architect (Victor's autobiography, mostly about his early life before his professional career. Can be viewed in person on the fifth floor of the Denver Central Library)

What Would Victor Do? (A story about a famous residence Victor designed in Denver, from Modern in Denver magazine)