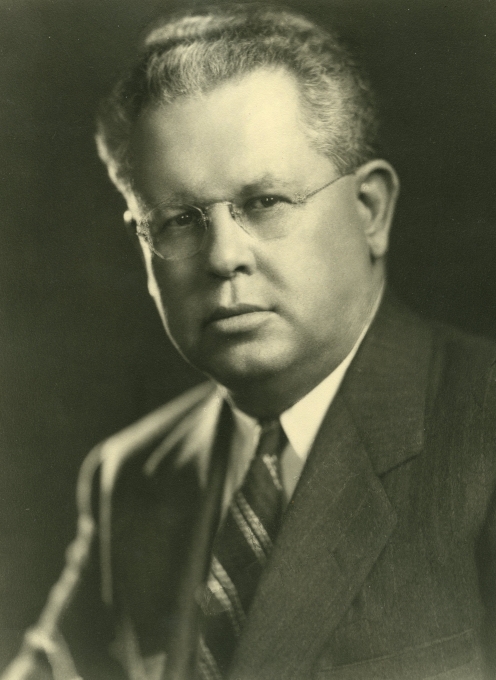 Governor of Colorado who served during WWII. He publicly opposed putting Japanese Americans into internment camps. 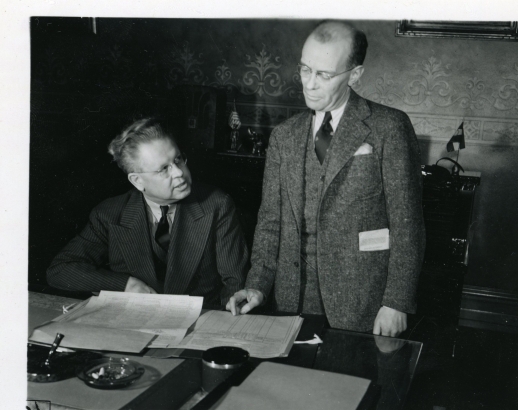 Ralph was born on December 11, 1887, in Rosita, Colorado, to a family of Scots-Irish miners. Ralph understood what it was like to be poor, having grown up in various mining camps. He graduated from Cripple Creek High School in 1905. Ralph then attended the University of Colorado for his undergraduate and law degrees. After graduating in 1912, he began his work as an attorney, specializing in irrigation and interstate river law. Ralph then opened a law firm in Antonito, Colorado, where there was a large Hispanic community. 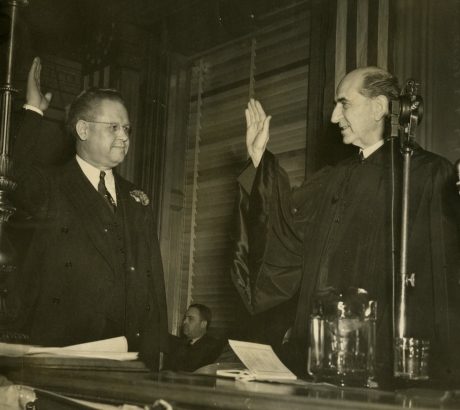 Ralph spent his early career working for several newspapers in Colorado. In 1912, he was the manager of the Viktor Daily Record. From 1915 to 1917, he worked as an editor for the Trinidad Evening Picketwire. Ralph then served as the Assistant Attorney General of Colorado. He focused his work on water litigation and on freight hearings. Ralph worked towards making sure federal efforts didn't take control of Colorado’s state interest in water rights. After successfully working as Assistant Attorney General, Ralph was appointed as United States Attorney for the District of Colorado. From there, Ralph was drafted as Colorado’s Republican gubernatorial candidate in 1938. Ralph won the election and was later re-elected in 1940 after he helped Colorado with its financial problems. He won by a large margin and was governor from 1939 to 1943. 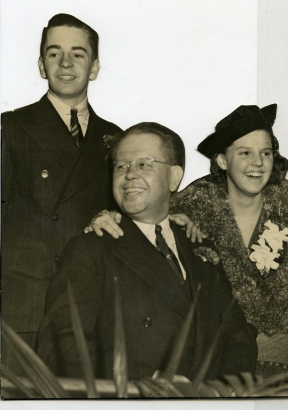 Ralph and his kids

Ralph married Gretchen Fowler in 1913, and the couple adopted two children named Robert and Cynthia. The family moved to Denver when Ralph was appointed as Assistant Attorney General for the District of Colorado. In 1937, while Ralph was serving as the United States Attorney for Colorado, Gretchen passed away and Ralph continued to raise his children. Eleven years after Gretchen died, Ralph went on to marry Eleanor Fairhall. Ralph's son, Robert Carr, went on to follow in his father's footsteps, becoming an attorney who also stood up for what he believed in. 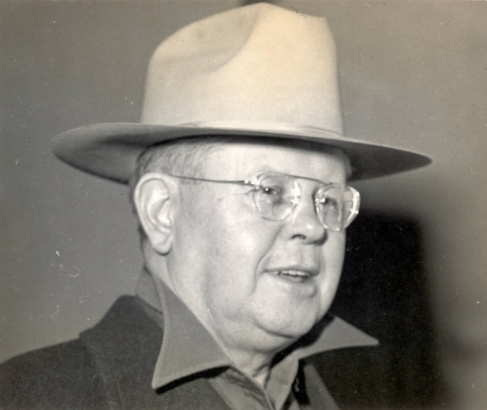 Ralph spoke fluent Spanish and had a bond with the Hispanic Community of the San Luis Valley. Ralph helped the community with their legal problems. He was also familiar with the small Japanese community town of La Jara. In these communities, Ralph saw what it meant to be an American, since most American families had origins outside of the United States. It was in these communities that Ralph realized the Japanese American people weren't secretly against the United States, and that the country was indeed a culturally diverse nation. 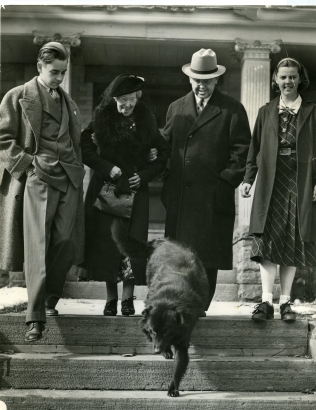 Ralph Carr was a strong politician

In 1941, the United States formally entered WWII after the Japanese launched a surprise attack on the American base at Pearl Harbor. On February 16, 1942, President Roosevelt enacted Executive Order 9066, which allowed the removal and relocation of Americans of German, Italian and Japanese descent. Due to the war, there was fear that Americans of German, Italian and Japanese descent could be helping the enemy during WWII. In Colorado, Camp Amache was built in the southeast corner of Granada, Colorado in Prowers County. It had a peak population of 7,567 people who were relocated there during the war. Many Japanese businesses were also raided by the FBI during the war period, as they feared that the Japanese Americans were helping the Japanese emperor. 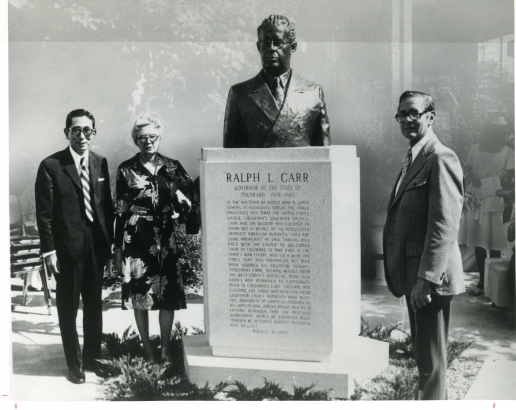 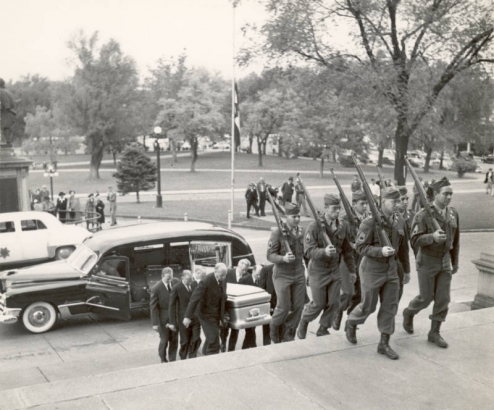 Ralph ran for the governor of Colorado again in 1950, but he died in Denver a month before the election on September 22, 1950. He was 62 years old and died from an illness related to diabetes. Ralph had been right about the Japanese Americans being loyal to their home, as there were no cases of Japanese espionage in America. Ralph believed in the Constitution and stated that Executive Order 9066 was unconstitutional and that he didn't care if that made some people angry.

Ralph saw the beauty and strength in the diverse cultures and backgrounds in America and cared about the communities that he had served. There is a statue of Governor Carr in Denver’s Sakura Square, and the Ralph Carr Memorial Highway and the Ralph Carr Judicial Center were named in his honor.

Internment Camp - a prison or detention center used for civilians

Litigation - resolving a disagreement in the court system

Freight - goods that are carried in large quantities often by train, ships or planes

Gubernatorial - relating to the role of state governor

Origins - where something started or developed

Pearl Harbor - The Japanese military launched a surprise attack on the American base at Pearl Harbor in the U.S. territory of Hawaii on December 7, 1941. This event ultimately led to the United States declaring war on Japan and entering into WWII.

Executive Order 9066 – the “evacuation” of people of Japanese descent (but also German and Italians) from the West Coast to forced camps further inland following the attack on Pearl Harbor, Hawaii, by Japan. The majority of Japanese Americans in Hawaii were not sent to internment camps, although Japanese Americans made up 40% of Hawaii’s population.

Prejudice - opinions that are based on a person’s gender, race or religion instead of experience with the person

Espionage - to spy on someone, usually for political reasons

Denounce - to publicly declare that something is wrong 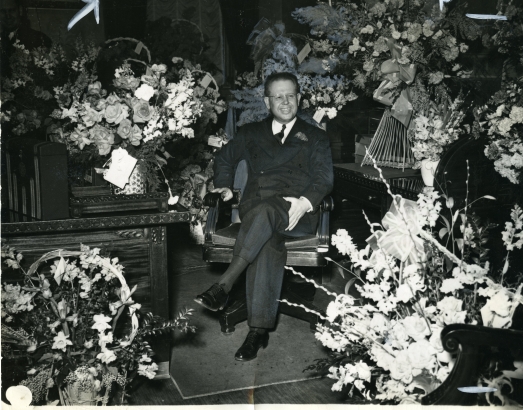 What can we learn from Governor Carr? Why is it important to read about his story and others like him?

Why do you think so many people thought it was okay to lock up other Americans just for looking or sounding different?

What would you do if people wanted to create internment camps again today?

More on Ralph Carr
From the Denver Public Library

Ralph Carr Papers (Reports, correspondence, scrapbooks, campaign pamphlets, speeches, legal documents and much more. This can be viewed in person at the Denver Public Library Western History and Genealogy Department.)

Ralph Carr: defender of Japanese Americans (A biography for kids)

An article on Ralph Carr from the Colorado Encyclopedia

An article on Ralph Carr from the Denver Post

An article on Ralph Carr from the Colorado Virtual Library

More on Camp Amache at the Denver Public Library

A video recording on Camp Amache

Legacy of Shame: The Story of Colorado's Camp Amache

Amache: The story of Japanese internment in Colorado during World War II

Amache: The Story of Japanese Relocation in Colorado.

An article on Camp Amache from the Colorado Encyclopedia

An article on Camp Amache from the National Park Service