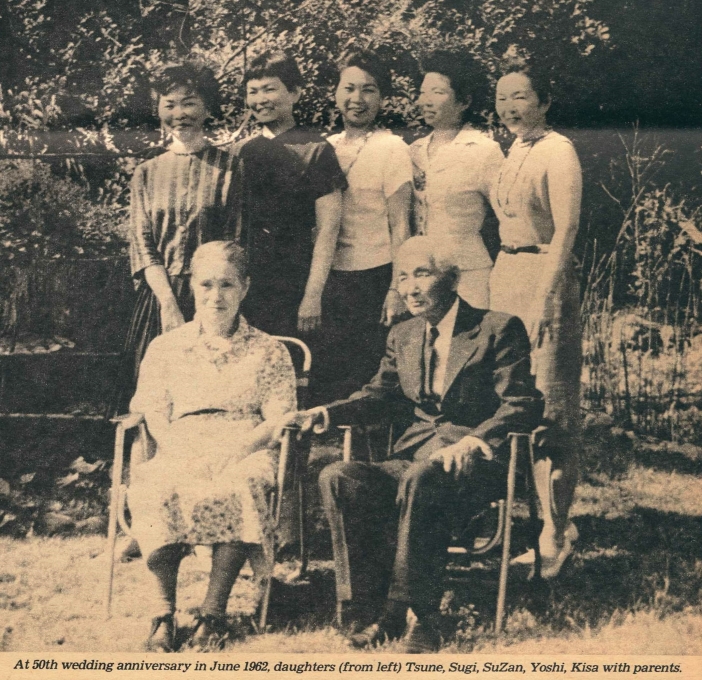 Colorado pioneers and women ahead of their time with roots in Japan. 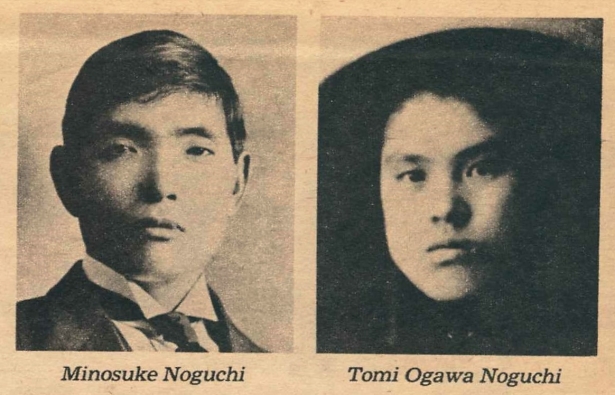 Many of the Colorado pioneers people talk about started their journey from the Eastern United States. However, many pioneers came from much more distant parts of the globe. This family biography starts on the other side of the world in Yanagawa, Japan, where Minosuke Noguchi was born in 1875. He was able to go to the university and become a teacher, but he longed for the frontier.

In the winter of 1898, Minosuke took a long and terrible voyage from Japan to Washington State. He then went to San Francisco and began making his way east. He worked many odd jobs including picking fruit and working on the railroad, but he eventually made his way to the Great Plains where he dreamed of becoming a farmer. There, Minosuke settled in Logan County.

Minosuke didn't marry until he was 37 years old. His family in Japan had been talking to the family of a woman who was attending university and suggested they both get married. The woman's name was Tomi Ogawa and she was planning to become a teacher as Minosuke had done, but she agreed and left Japan to marry Minosuke in 1912. 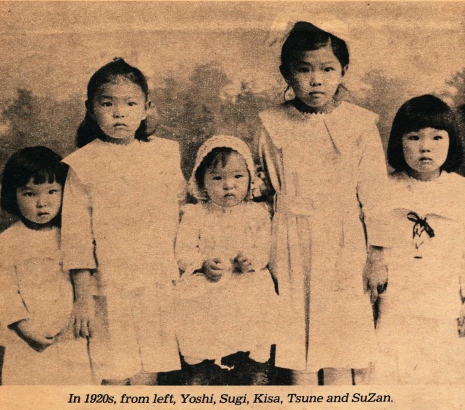 A year after marrying, Minosuke and Tomi moved to the Giacomini Ranch in Iliff, Colorado. Here, Minosuke worked to develop new types of grains and vegetables. Some of these even won prizes at the county fair. This is also where their first daughter, Tsune, was born. By 1928, they had expanded the family to five daughters and had relocated to Sterling, Colorado. The Great Depression began soon after and they had to deal with both the economic crisis and increasing droughts.

Even while going through hard times, the girls weren't simply expected to devote themselves to farm chores. Their parents also helped them in their school work and encouraged a love of art and education. In 1979, each daughter was asked to write a short autobiography for an art exhibit celebrating them. Kisa, the youngest, recalled in her biography:

We knew we were expected to go to college even though we had no money and would have to work our way.

It was certainly less common at that time for women to attend college, especially if they didn't have much money. But Minosuke and Tomi had both been educated in Japan and saw the value in education. All five daughters would go on to attend college in Colorado and would succeed in diverse and interesting careers. 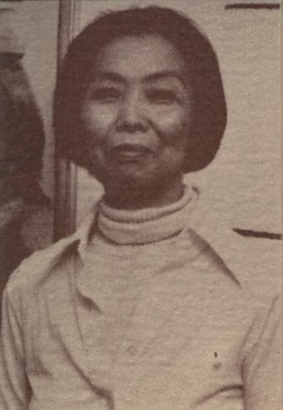 Tsune was born in Merino, Colorado, on April 1, 1913. She received her Associate of Fine Arts degree from Colorado Women's College in 1937 and her Bachelor's degree from Colorado State College of Education in 1940. After receiving a Master's Degree in 1941, she went on to teach at the Colorado State College of Education and at the Rockland Community School in 1943.

In 1945 she moved to New York City where she learned leather crafting and manufacturing. Eventually, she opened her own business (Seasoned Traveler Shop) selling leather products to "women on the go".

I enjoyed the freedom and exhilaration of 'doing my thing' for many years. However, this too had to come to an end and I terminated my business in 1973.

Undeterred, she went on to work for an important non-profit organization called the World Without War Council. One of the organization's goals is to produce a more peaceful global community.

This new consciousness will be the necessary step towards a world free of violence, not only in its cruelest expression of wars and physical violence, but also free from economic, racial, religious, sexual, psychological and moral violence.

Tsune died in Contra Costa, California, in 1988. She accomplished a great deal, especially for a woman born before most American women even had the right to vote. 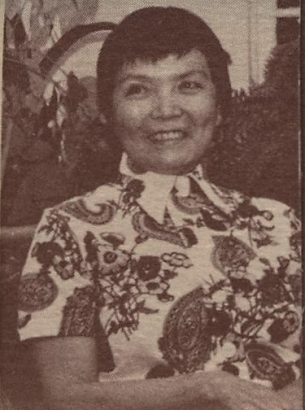 She did her internship at the New York Infirmary for Women and Children and went on to hone her skills in Charleston, West Virginia; New Orleans, Louisiana; Hamilton, Ohio and Jersey City, New Jersey. She settled down for a while in Northfield, Minnesota where she worked for the Health Service of Carlton College. Not one to stay put, she ended up joining the U.S. Army Medical Corps where she worked for eight and a half years. This time included two tours to Asia, which included her parents' home country of Japan.

By the 1970s, she settled in New York City where she worked diligently with people who had lost their sight. She died in Contra Costa, California, in 1982, but had spent her life serving others as long as she was able. 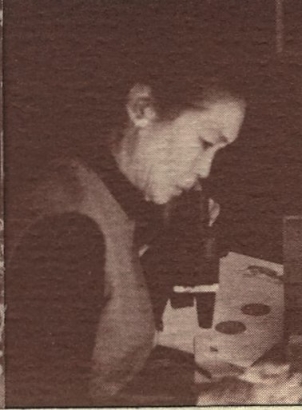 SuZan was born on March 8, 1916, in Iliff, Colorado. She obtained a Bachelor of Fine Arts degree with a minor in Biology from University of Colorado in 1938. Her fascination with the natural world led her to do numerous studies with organizations such as Audubon and the American Museum of Natural History.

She found the perfect outlet for her skill in art and her passion for nature. She did illustrations for many books on various plants and animals. In the 1950s, she authored some of those books such as Insects in Their World and Plants of Woodland and Wayside. She even designed biology charts and 3-D models for children to work with in classrooms.

If there is one merit to my work, it is accuracy.

SuZan died in 2010 in Hillsborough, Florida, but, like her sisters, she spent a lifetime using her love of learning to connect with others. 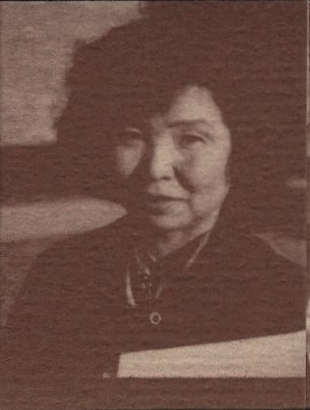 Yoshi was born on August 22, 1917, in Iliff, Colorado. She discovered her love of designing and building things while still at Sterling High School and helped build a model of the original frontier town of Sterling for display in the museum there. She attended Colorado State College for Education and received a Bachelor's degree in Industrial Arts in 1943.

During World War II she enlisted in the Air Force. She started work as an occupational therapist at MacDill Air Force Base in Florida and then was sent to Tampa to do drafting work for the military. At the end of the war, she married fellow soldier Alexander J. Lirincz and moved to New York, where she worked as an occupational therapist at Sampson Hospital in Sampson. By the 1970s, they had three children. Her daughter, Connie, was married with children. Her son, David was an architect working for NASA; and her youngest, Ellen, was attending the State University of New York.

Yoshi died in 2002 in Hampton City, Virginia. Like her sisters and parents, her love of learning led her to share her knowledge with others. Her work on educational books and classroom models served countless children and students over the course of her life and that passion appeared to live on in her children. 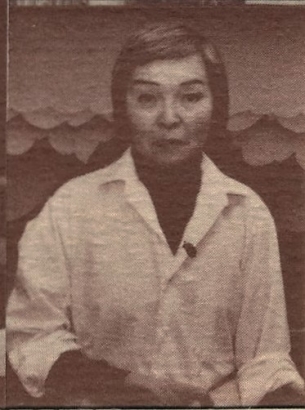 Kisa was born in Iliff, Colorado, on February 14, 1919. After graduating from Sterling High School, she obtained her Bachelor's degree in Fine Arts from University of Colorado, Boulder. She spent the next year working and then, during World War Two, enlisted in the army to work as a Japanese language expert in military intelligence. She was sent to Maryland and Washington, D. C., to work with the Allied Military Intelligence Research Section.

After the war, she went to work doing archaeological illustrations for the Carnegie Institution. This work included drawing ancient pottery, Puebloan sandals and Mayan sculptures. She then went to the Museum School in Boston, Massachusetts, where she studied painting for two years. In 1951, she married a landscape architect teaching at Harvard named Hideo Sasaki. She raised two daughters and illustrated several children's books on subjects like the Aztec and the Masai. Her daughter Rin graduated from Harvard University and her daughter Ann graduated from the University of Massachusetts, Amherst, and then obtained her master's degree from University of Hawaii.

Her children had left home by the 1970s and Kisa went back to painting. She was involved in numerous art exhibitions at places such as the Conservatory of Music in Wellesley, Massachusetts, and at the Stierli-Berman Gallery in Lexington, Massachusetts. She died in 2006 in Santa Clara, California. She left the world having inspired many children towards learning, including her own.

county fair - a local event with games, competitions and entertainment

undeterred - refusal to give up during difficult times

drafting - to design a version of something to be built

landscape architect - someone who designs outdoor spaces like gardens and parks

What do you think drove Minosuke and Tomi to move halfway around the world to the frontier?

Why do you think education was so important to all the Noguchis?

Why do you think the Noguchi sisters worked so much in service of other people?

What kind of education would you like to have?

Born in the year of courage