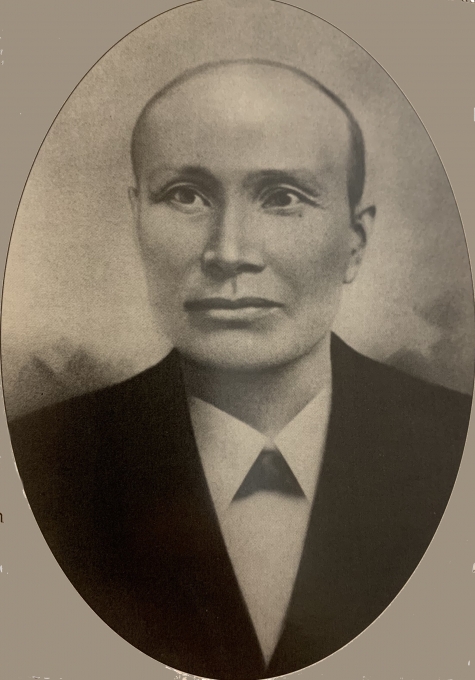 Chin Lin Sou was among the earliest Chinese immigrants to Colorado. He became a successful businessman and supporter of the Chinese community. Some of his descendants still live in Denver.

It should be noted that, following Chinese custom, "Chin" was his family name even though it comes at the beginning of Chin Lin Sou. Lin Sou was born in Canton in Southern China around 1836. Between the age of 19 and 22, he left his home for the West Coast of the United States in order to escape the violence of the Chinese Civil War. Like many young Chinese men looking for work, Lin Sou went to work on construction of the railroads. He stood out almost immediately. Not only was he six feet tall with blue eyes, but his intelligence was obvious to everyone and he learned English very quickly. Before too long, he became a foreman and managed groups of other Chinese workers. 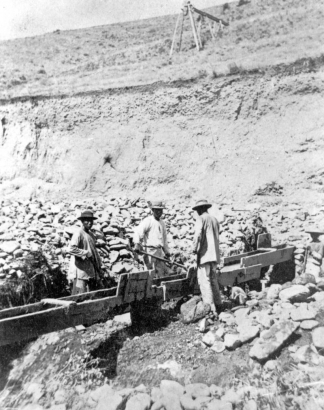 Chin settled near Black Hawk and sent for his wife who was still living in China. He is credited with starting what may be the first Chinese settlement in Colorado. It was said that he was even offered the job of Central City marshal, but turned it down because "being Chinese gave him enough problems." While he was well-respected even among white citizens, there was still a great deal of prejudice against Chinese people in general.

In 1874, the Chinese were blamed for setting the town on fire during one of their traditional religious ceremonies. Lin Sou immediately sought to defend his fellow Chinese immigrants. He went to the local paper, the Central City Register, and told them that the "Chinese are too frequently made the victims of circumstance which any other nationality would escape without censure, and they desire to have their side of the case represented as it is." He went on to explain that there was no religious ceremony or funeral involved in the incident. Rather the fire was started by a chimney that had not been properly cleaned.

In 1870, the state legislature had passed a resolution to encourage more Chinese immigrants to come to Colorado in order to work the mines. By 1874, Lin Sou was managing over 300 Chinese mine workers and expanded into North Clear Creek. He was even given a chair of honor at the Central City Opera House.

The Chins in Denver 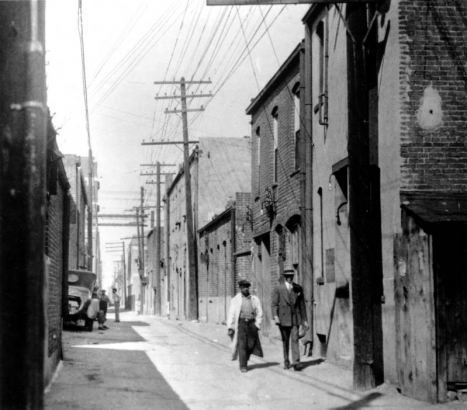 By 1880, there was a thriving Chinatown in downtown Denver located along Wazee between about 14th and 17th Streets. Chin Lin Sou, while still managing many mining operations in the mountains, had relocated to downtown Denver as well. He and his family lived at 2031 Market Street for many years. To many, he was the unofficial leader of this community. He also helped organize something called, "The Six Companies." This was a group of business and insurance companies operated by Chinese Americans.

He also belonged to the Chee Kong Tongs. Tongs were groups of Chinese that organized in order to help each other with loans or community aid. While many Chinese worked to help each other adapt to this new country and become Americans, prejudice from white Americans became too much by October of 1880. On Halloween of that year, a white mob started a riot. They attacked anyone who looked Chinese, destroyed Chinese businesses and even murdered a man named Sing Lee. After that, many Chinese began leaving Denver for bigger cities like Chicago. By 1940, there were only 110 Chinese people living in Denver.

Even after the riot, Chin continued to call Denver "home." Chin suffered with a long illness and died on August 10, 1894. He was buried at Riverside Cemetery and today there is a stained-glass window of him in the capitol. There is some controversy surrounding the window, however. Chin's great-great-granddaughter, Linda Jew, pointed out that the window depicts him in a traditional Chinese red gown even though the only image we have of him was a photo taken in an American Style suit. She suggested that they were trying to make him look exotic rather than like a true American. 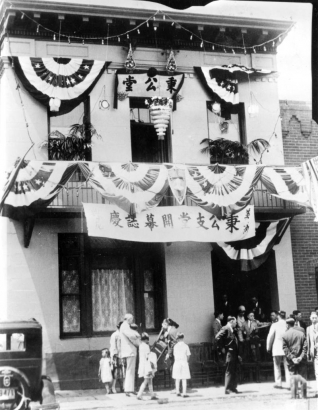 Lin Sou's daughter, Lily, married Look Wing Yuen. Look was said to be the richest Chinese merchant in Denver and Lily Look Wing Yuen became a member of local high society. Because the family name comes first in Chinese, the names can be hard to follow as they gradually adopt the English tradition of putting the family name at the end. Lin Sou's son Chin Mon Lung became Jimmie Lin Sou and, eventually Jimmie Chin. His other son, Chin Chin Lung, became Willie Lin Sou and then Willie Chin.

Willie Chin was very interested in politics and became known as the Mayor of Chinatown or "Misung" in Chinese. He very much wanted his family to adopt American customs. He also made sure that all his children attended school at least through high school. As a successful businessman, he also tried to convince local Chinese Americans to put an end to the lottery. The lottery was a type of gambling common in Chinese areas across the country, but it often led to conflicts with police and Willie wanted to avoid that.

Willie Chin died of a long illness in 1939 and his brother, Jimmy, then took on the title of "Misung". After the riot in 1880, little of the original Chinatown remained. A new Chinatown arose in the early 1900s. Unfortunately, the city was trying to destroy what was left of this "New Chinatown" in 1951. Jimmy was particularly interested in saving the block between Market and Blake and 20th and 21st Streets. This block was occupied by eight elderly men who had nowhere else to go.

Even while Jimmy Chin was going to city hall to fight for these older members of his community, he acknowledged that Denver's Chinatown had largely disappeared and that the Chinese culture that bound them together was slowly fading away. Jimmy ran several Chinese restaurants popular with the Chinese population, but people of Chinese ancestry no longer lived together in the same part of town. That said, many of their descendants, including those of Chin Lin Sou, live in Denver and throughout Colorado today.

foreman - a person in charge of a group of workers

contract - a legal agreement between people or companies

ancestry - members of one's family in the past

thriving - to flourish or succeed

Do you or your family have a story of immigration? Does that affect how you see the Chin family's story?

Why do you think the Chinese became so hated in the late 1800s? Do you see such hatred of immigrant groups today?

What would you tell people who opposed the Chinese living in their city?

What do you think made Chin Lin Sou so successful despite such prejudice against people like him?

A history of ethnic groups in Denver / by A World of Difference.

The Rise and Fall of Denver's Chinatown - History Colorado

Coming to America
Settling in Colorado
The Chins in Denver
Chin Lin Sou's Descendants
Word Bank
Get Thinking!
More Information about Chin Lin Sou and the Chinese in America