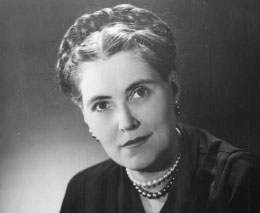 DESCRIPTION AND GUIDELINES FOR THE 2023 PRIZE

The competition is open to all United States and foreign citizens, except those persons directly affiliated with Denver Public Library as current employees, volunteers, or Library Commission members. The winner of the 2023 prize will be announced in December 2023.

"Colorado or Western American History" is defined geographically as being inclusive of the trans-Mississippi West from prehistoric times to the present. This includes all states west of the Mississippi River, Alaska, Hawaii, and the Canadian and Mexican borderlands.

In defining the term "best book," the Caroline Bancroft History Prize committee - which is comprised of Denver Public Library employees - will consider books that make a significant contribution to historical knowledge, that present thorough and original research, that bring a new perspective to some well-known question, and that are of high literary quality. The winning book/author will be selected by the Caroline Bancroft History Prize committee.

Publishers and authors can submit entries to:

preferably as soon as they are published, but no later than May 1, 2023. Denver Public Library requests two copies of each book along with a letter stating they are for the Caroline Bancroft Prize competition so the library can send an acknowledgment. All submitted copies will become property of Denver Public Library.

The Girl Who Dared to Defy: Jane Street and the Rebel Maids of Denver by Jane Little Botkin (University of Oklahoma Press)

TITLES ACCEPTED IN THE 2022 COMPETITION