Though constructed in 1912 as the Baxter Hotel, this building, at the heart of Denver’s Five Points community, achieved its prominence in the years following 1929. With its name change and establishment of the Rossonian Lounge, the hotel became one of the most important jazz clubs between St. Louis and Los Angeles. Jazz greats such as Duke Ellington, Louis Armstrong, Count Basie, Nat King Cole, George Shearing, and Dinah Washington stayed at the hotel and entertained in the Rossonian Lounge between their major Denver engagements. These shows were often staged after the musicians finished their scheduled performances at the same Denver hotels that refused them lodging due to the racial segregation existing at the time. 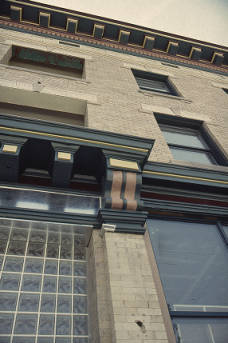