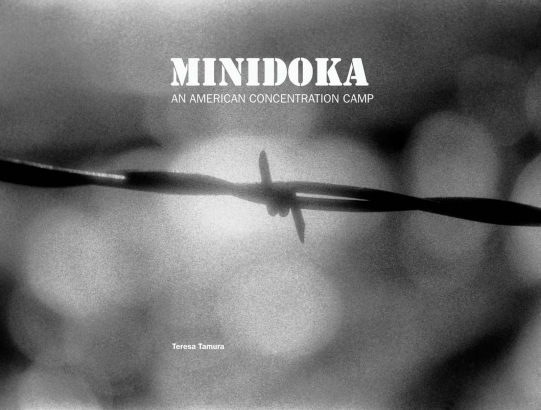 Every month, we add multiple new titles to Denver Public Library's Western History and Colorado Authors collections. These new books range from academic treatises on the New West to accounts of forgotten moments from the development of the Trans-Mississippi West, and even some works of fiction from Centennial State authors. Here's a quick look at a few of the new titles we've recently added.

Nebraska POW Camps: A History of World War II Prisoners in the Heartland, Melissa Amateis Marsh (History Press, 2014) - During World War II, the state of Nebraska was home to three separate prisoner of war camps that housed thousands of German and Italian prisoners. Marsh goes deep into their story and comes up with a compelling look at the prisoners' day-to-day life (including lots of work and recreational activities), as well as the U.S. Government's attempts to indoctrinate Fascist soldiers in the value of democracy.;

Minidoka: An American Concentration Camp, Teresa Tamura (Caxton Press, 2013) - The imprisonment of thousands of American citizens of Japanese descent during World War II was one of the more shameful episodes in our nation's history. In this book Tamura revisits the Minidoka Camp in Idaho to retell the story of the Americans who were imprisoned there and the legacy the camp left behind. In addition to dozens of fascinating photos, Minidoka also includes invaluable interviews with former internees and their families.

Imprisoned in Paradise: Japanese Internee Road Workers at the World War II Kooskia Internment Camp), Priscilla Wegars, (University of Idaho, 2010) - Tucked deep into the backwoods of Idaho, the Kooskia Internment Camp stood out from other camps that held interned American citizens of Japanese descent during WWII. Not only did the inmates work for pay on the Lewis-Clark Highway (now known as Highway 12), Kooskia was populated exclusively by men and was fairly unique amongst internment camps.

Father of Route 66: The Story of Cy Avery, Susan Croce Kelly (University of Oklahoma Press, 2014) - Few road names evoke a more nostalgic reaction than that of the fabled Route 66, which snaked across the American West in the 1920s. Though most of us are at least familiar with Route 66's famous iconography and way points, very few of us know the story of the man who spearheaded the project, Oklahoma oilman, Cyrus Avery. Avery's innovation and determination helped set the stage for later, massive, road projects like the Interstate Highway system, which would transform the economic and social shape of the United States.

John Gregory Country: Place Names and History of Ralston Buttes Quadrangle, Jefferson County, Colorado, Charles and Mary Ramstetter (C-Lazy 3 Press, 2013, Second Edition) - John Gregory Country is an indispensable resource for history buffs, genealogists and map enthusiasts with an interest in the history of Jefferson County. Named after the man who first discovered gold in the region, this book is packed with maps, stories and enough information to keep the most rabid history buff enthralled for an extended period.

A Fortunate Passage, Two Families' Journey into the Heartland, Grady T. Birdsong (VBW Publishing, 2012) - Colorado author, Grady T. Birdsong goes well beyond the basics you'll find in most family histories in this loving tribute to his immigrant grandparents. Fortunate Passage is peppered with anecdotes and life lessons that he learned from those who came before him.