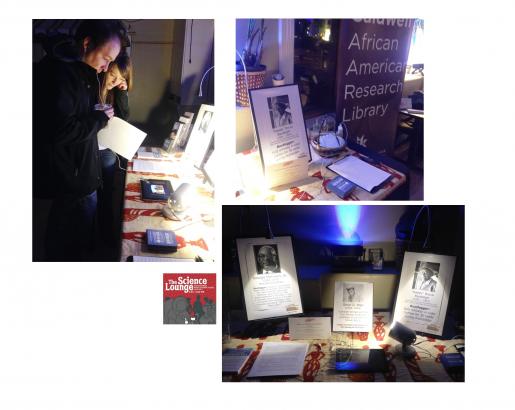 A few weeks ago the Blair-Caldwell Library participated in the Denver Museum of Nature and Science’s program the Science Lounge focusing on the ultra cool, fun and vibrant culture that gave rise to Speakeasies at the historic Savoy at Curtis Park. Guests enjoyed period music, drinks, dancing and a distillery presentation. The library was invited to provide information on prohibition in the Five Points community from the African American perspective. Using the library’s archive we uncovered information on three well known figures with connections to prohibition activities; Omar D. Blair, George Morrison, Sr. and “Daddy” Bruce Randolph. 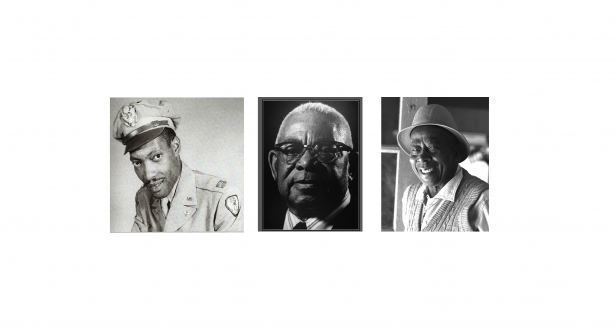 Omar D. Blair: (1918 – 2004) Tuskegee Airman and the 1st African American president of the Denver School Board
Bootlegger: His family had two apartments growing up; they lived in one and they had a still in the other. They made home brew, gin, bourbon, vodka, scotch all out of the same bottle by burning the sugars for different lengths.

George Morrison, Sr.: (1891-1974) Musician/Composer
Bootlegger: George Jr. reminisced, “Dad made home brew. Once during the night when Bill "Bojangles" Robinson was visiting us, beer started exploding in the cellar. It was a common occurrence, so it amused the family when Bojangles woke everyone up yelling, “What’s that, what’s that!?!”

Some of those frequented night spots or clubs in Five Points included The Casino Ballroom, The 715, The Minute Spot, The Cosmopolitan Club, The Derby Club (the first black social club in Denver), The Cavaliers, The Voters Club, Rossonian Hotel, Myers Pool Hall and the Five Points Service Club. Before Prohibition, the Welton Street roster of clubs provided easy flow and access to alcohol, music and good times. On the eve of Prohibition (1920-1933), owners of the Welton Street clubs and throughout Denver had to convert to new ways of keeping people enjoying alcohol and making it available to them in a more discreet fashion. During the “dry” years (about 13 years) of Prohibition, some of the Welton Street club owners found creative ways to keep their businesses going, as well as private home owners and individuals that operated speakeasies (illegal, secretive drinking establishments) in their basements or private rooms in their apartments, homes or clubs. African Americans in Five Points like millions of Americans were willing to drink liquor (even the distilled spirits) illegally, which gave rise to “bootlegging” (the illegal production and sale of liquor). A number of well-known individuals in the Five Points community (George Morrison, Sr., Omar Blair’s parents, Bennie Hooper and Elvin Caldwell) took part, in their respective ways, of side-stepping the temperance movement and keeping alcohol flowing by operating stills, speakeasies, or conducting bootlegging activities.

Interested in more information on this era of history? Browse the many resources available at the library.

Thank you! It was such a fun event. I'm so glad the library was invited.

I just wanted to let you know that because of this exhibit at the Speakeasy event, I was inspired by the Blair-Caldwell librarians to do more research about "Daddy Bruce" Randolph (found out about his Thanksgiving meal program!), looking up swing dance and 1920's history in Five Points, AND to be a volunteer with the Denver Public Library system. :-) Thanks for this great write-up! Please send my thanks to the nice ladies who ran this booth!

It was our pleasure to participate in such a cool program. It's awesome you were inspired on so many levels. Please drop by the Blair-Caldwell Library anytime for a tour. Thanks again for supporting the Library.